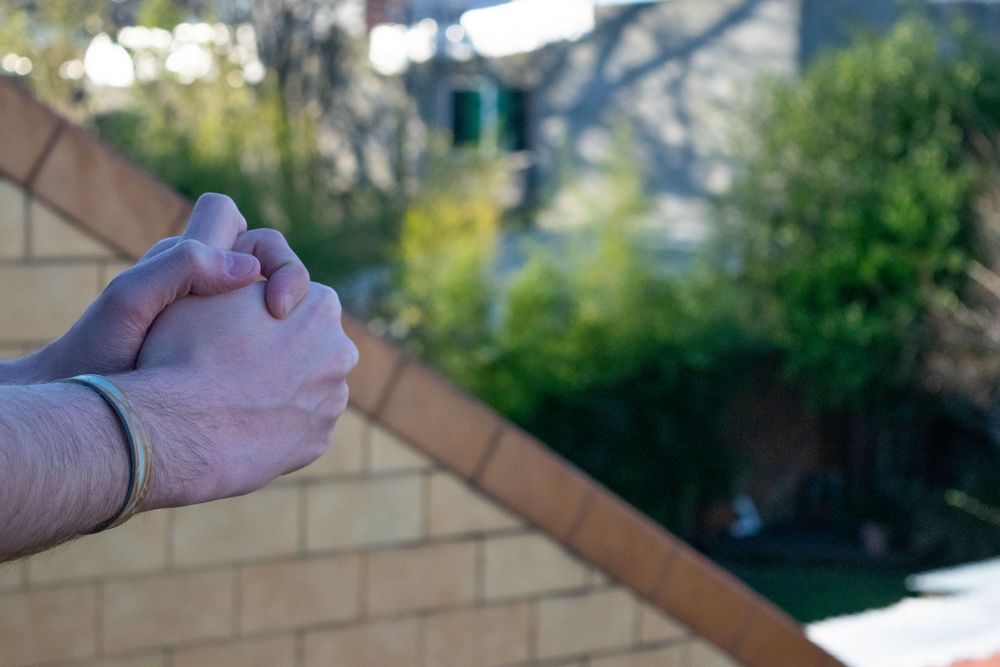 Argentina: Eduardo from Argentina learned how to hear Gods voice and share His love while on a short-term trip in Namibia.
In 2014, Eduardo* (Argentina) tried to go on a mission trip. But God didn’t allow him to go.

Having been a Christian since he was a small child, his relationship with God really began to grow around age 16. When he graduated high school, he signed up for a mission trip to Brazil.

Despite having paid for the trip, all of Eduardo’s documents completely disappeared. As a result, he wasn't able to go. “After that, I put missions aside. But last year, I started going deeper in my walk with God and His Word. He started drawing me back to missions. That’s when I decided I wanted to go on a short mission trip,” Eduardo shared.

Now age 23, Eduardo is finishing university, where he is studying industrial design. He works in an architectural office and teaches design. As a teacher, he only has time off a few times a year. Then he found OM’s one-month discipleship journey to Namibia, that was exactly in the time frame he needed it to be.

This time, God made it clear to Eduardo that it was time for him to go. “I doubted at first. I wondered, Why go so far when I could go to the north of Argentina and serve God there? Why go to the other end of the world? One day I took a day to pray specifically about this and God told me, ‘You know you want to go, and I want you to go. Your only problem is the money. Just surrender.’ So, I told Him, ‘OK, I will go.’

Two hours later, Eduardo received a call telling him he’d been re-accepted on his parents’ health insurance plan, which meant he’d save money every month.

The amount he’d save totalled the exact amount he needed for his mission trip to Namibia.

“I didn’t receive an offering from a church or anyone; God arranged it all a different way,” Eduardo shared. “God could have given me the money for this trip in any way possible, but He chose to do it in the area I was being selfish in. It was a deep thing for me—the way He did it, not just that He did it!”

Eduardo purchased his plane ticket the next day, and a few months later, he joined his team in Namibia, where he would spend the month traveling around the country. In addition to sharing God’s love with people in Namibia, the participants were also learning about different areas of personal spiritual growth and development. “This was a discipleship journey based on Luke 24, where we trusted God to guide us. Personally, we worked a lot with our own inner healing, learning how to hear God’s voice, and how to minister to other people. We learned a great way to minister healing into people’s lives through prayer,” Eduardo continued.

“It’s an amazing tool I’m using in my life back in Argentina now, in fact. We also learned about how to lead people to God and basic things to teach, say and do when guiding someone to Christ.”

Throughout the trip, Eduardo and his team saw God speak and do incredible things, both in and through them in ministry. “Once, when we were on the coast,” Eduardo said, “We started asking God to guide us as to where to go next. I was a bit sceptical, because we were praying and seeing very different things that didn’t seem to go together. One night, right before going to sleep, I prayed, ‘God if you want to show me something, please do.’ And I heard Him say, ‘Lake O’. At the same time, I saw a picture of an island in my mind, but I didn’t think it was anything important.

“The next day, I shared with my team, ‘This may be nothing, but I saw this last night’. It turned out, someone else did too. So, we looked at a map and saw there was a lake called Lake Oanob with an island that was the same shape as what I saw the night before.

God had spoken very clearly to him. “That experience was something I wasn’t used to before that trip, but I am more now.”

“Another time,” Eduardo continued, “We were ministering to some farmers and their families. One of them, Tuli*, prayed with my teammate, and two hours later, Tuli received a response from the Lord. It was an answer to she’d been waiting for, for two months. Tuli went to the farm and told everyone to come and be prayed for. Instead of doing our normal programme, we prayed and asked what God wanted them to hear.”

“After praying, we felt like we needed to share about the parable of the seeds. So, we did. It was amazing to see how they understood so much from a simple parable. I learned so much myself about that parable from this experience. I didn’t understand much about it before, and I didn’t realise it was so meaningful.”

Eduardo is now back to his regular life in Argentina: working both of his jobs while finishing his studies at university, where he hopes to graduate in December. The things he learned in Namibia are now part of his daily life at home. “While on my trip, I learned a lot about how to communicate with God, to relate with Him in a much deeper way—and what His voice sounds like. Though many times in my life, I heard Him speak,” Eduardo shared, “In Namibia, I was able to see more clearly about how He’d spoken to me in the past. I can see places in my life now where God spoke clearly, but I didn’t realise it. I am living today in a much deeper way, now that I can recognize His voice. It’s so much more real now.”

Overall, God taught him more about His heart and His kingdom, Eduardo shared. “I learned a lot about how a family should work—both a spiritual family and a physical family. God ministered to us a lot about this and revealed to us His heart for relationships and families. He healed a lot in my life, and I learned how He works in this way so I can minister to other people. I also learned more about spiritual gifts; not theoretically, but practically. Every day, we were living out new gifts and new spiritual knowledge on gifts, because of our discipleship training.”

Eduardo is now using what he learned on the mission trip in his life at home. As for the future, he plans to continue to serve God overseas. “This year’s mission is to finish university, and in the near future, I'd like to go on another short-term trip to receive more training while ministering on the field. Ultimately, I hope to go long-term in a few years.”

Does the Luke 24 Discipleship Journey trip to Namibia seem like something God is calling you to? Click here for more information: https://www.om.org/en/country-profile/namibia!

Published: Thursday, 03 October 2019
Credit: Kate Toretti
© 2019 OM International This email address is being protected from spambots. You need JavaScript enabled to view it.