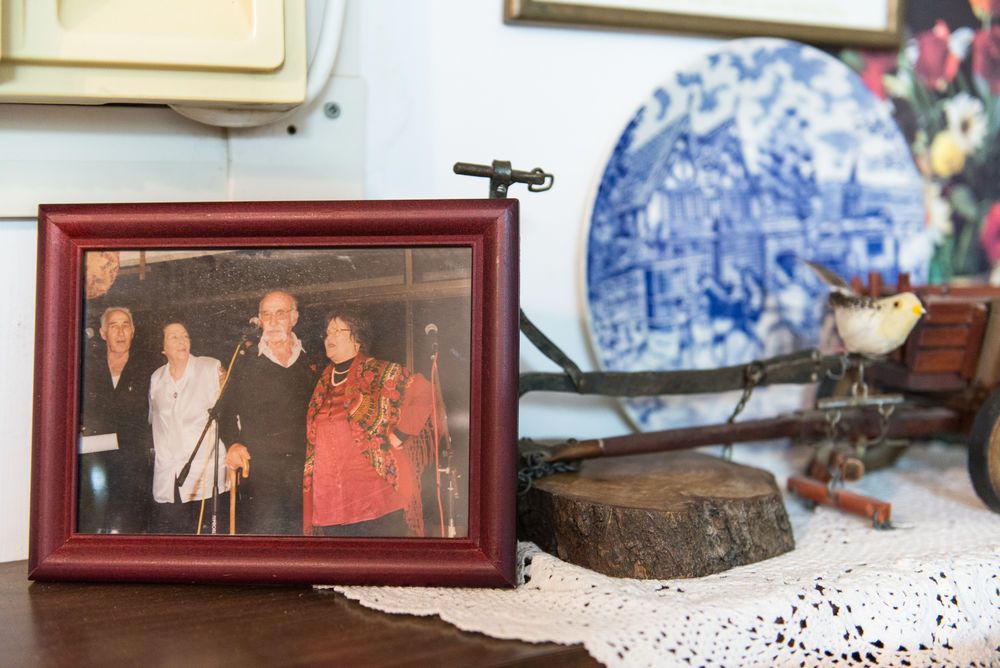 Israel: The Hope of Israel outreach team enjoys the warm hospitality of an Israeli woman, who shares stories of her family and life in her close-knit community.
After attending the Hope of Israel (HOI) summer programme for the first time, Sofia*, (Germany), was drawn back to Israel because of how she saw the Holy Spirit working as the team shared the gospel among both Jews and Arabs. Sofia had been growing in her faith with God; in fact, she was baptised in the Jordan River when she was in Israel. She enjoyed returning to Israel because on her short-term trips, “the Holy Spirit makes the decisions,” she explained. During her second HOI experience, Sofia saw the Holy Spirit work in even greater ways.

At the start of HOI, Sofia and the team were worshipping before they went out into the community. During prayer, Sofia very clearly saw chains breaking and said that the concept of doors being opened had been at the forefront of each of her interactions while in Israel.

During the middle of the day, Sofia and the HOI team were walking around a kibbutz, (a collective farming settlement), the heat draining their energy with every step. They were hoping to find someone who they could talk to about the gospel, but no one was out in the heat. Suddenly, they saw Rosa tending her garden off a side-path. When Rosa invited them inside, Sofia said they knew that this meeting was from God and not by chance.

Rosa started to ask the team questions, like who they were and where they were from. Before Sofia could answer, she was interrupted, and the conversation continued in a different direction. Rosa told the team some of her present life – for example, she was taking a Bible class to understand history and culture.

'The Germans killed my family'

Rosa also shared some of her past. From Poland, she escaped a concentration camp and moved to Israel around 1947, when she was adopted by relatives who lived on a kibbutz. Rosa shared: “Only my sister and I survived. The Germans killed my family.”

Like Rosa, many people in Israel still live under the shadow of the Holocaust, which affects their view of God. In light of this great suffering, a whole generation of people can be disillusioned with the concept of God. It is not uncommon for workers in Israel to meet someone who is living in pain and sadness because of who they lost, or who their family lost, during the Holocaust.

Sofia could see sadness inside of Rosa. When talking about the Bible or the Tanakh (Hebrew Bible), Rosa said that she had studied the Scriptures her whole life, but they were not in her heart. Sofia could see that Rosa was not bitter but that she lived with pain.

The HOI team offered to pray with Rosa, and she accepted. Sofia moved closer to be able to hear Rosa better and asked her if it would be OK to lay hands on her knee while she prayed. Sofia prayed for Rosa’s family, for her health and for general blessings over her life. She prayed that the truth would come to Rosa instead of pain.

Sofia finished her prayer and turned to Rosa: “Maybe we will never see each other again, [but] I wanted to say that I am from Germany.” Sofia started to cry but tried to continue; all she could say was: “I’m sorry, I’m sorry, I’m sorry.”

Not until Rosa took Sofia by the hands and told her that it was not her fault could Sofia finish: “I am sorry for what my people did to you and your family.”

By this time, every person in the room was crying. Rosa took Sofia, hugged her and said: “The past is no more between our countries.”

The team had to leave soon after, but Rosa was thankful for their visit. She took the offered cookies and said she would share them with her family on Shabbat, the Jewish Sabbath. She held Sofia’s hand and hugged her once more before they left.

Sofia could sense the Holy Spirit’s direction and knew that she had been in Rosa’s house to replace bitterness with forgiveness. Sofia recognised that the opportunity to forgive a German could open up Rosa’s heart even more, especially as she was reading through the Bible. “For me, this was a holy moment, and time stood still,” Sofia explained. “Maybe this is a part of the healing process to open her heart for God to heal.”

Continue to pray for short-term teams, such as Hope of Israel, as they share the forgiveness they have been given. Pray the people of Israel will have their hearts changed as they experience the forgiveness that comes from God first-hand. And pray for Rosa, that the healing she felt with Sofia would be the start of her heart softening and opening to accept the good news.

With travel restrictions and stay home orders in place, outreaches are currently not happening.

Published: Tuesday, 07 April 2020
Credit: Annie Reed
© 2020 OM International This email address is being protected from spambots. You need JavaScript enabled to view it.