Supporting the local church in Turkey 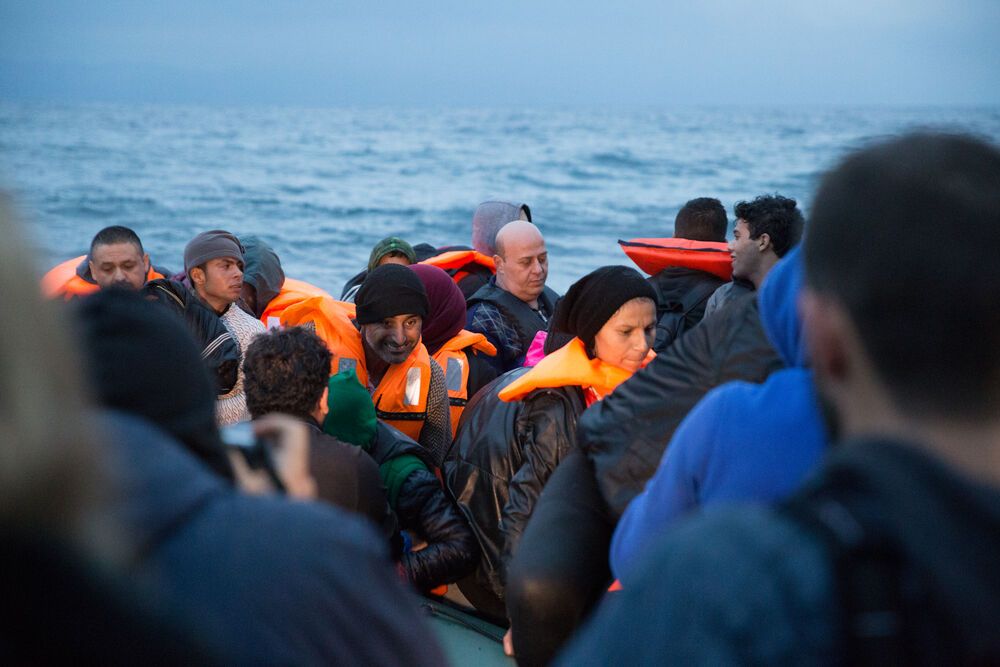 Turkey: Refugees taking the boat from Turkey to Greece finally reach shore after a 4 hour trip across rough seas
On a cold December day, a well-dressed Syrian couple showed up to a local church in one of Turkey’s port cities. Like hundreds of thousands of others, the husband and wife had fled their war-torn home in Syria, just across Turkey’s southern border. They travelled northwest through Turkey and were going to embark that evening on a smuggler’s ship bound for Greece, paying upwards of 1,000 USD per person to risk their lives crossing the winter waves. After the service, the pastor and a couple other Arabic speakers gathered around the pair to pray for safety. Then the two disappeared into the grey afternoon to rest before the night’s difficult journey.

The church started a Syrian outreach in fall 2015. They lost some of its Turkish members who didn't agree when it began sponsoring ministry along the Syrian-Turkish border earlier that year, one attendee recalled. However, with support of its remaining congregation, over the past year, it has realised multiple opportunities to reach out to visiting refugees, like the couple from Syria. They also resource short-term teams willing to spend time among the Syrian people piling up on the Turkish side of the border, biding time until they can feasibly return to Syria.

According to Philip*, OM Turkey Field Leader, supporting the local church remains foundational to the organisation’s role in the country. Until a year ago, refugee work happened only on rare occasions. However, since summer 2015, when the refugee crisis flooded across Europe, the influx of people, especially Syrians, into Turkey has visibly and tangibly intensified.

“In the past, you’d open your window on a summer’s night, and you’d hear Turks. Now, you open your window and you hear Arabic,” he described. “Now you go into neighborhoods in [Turkey], and there’ll be Arabic text on the shop windows.“

OM Turkey has followed suit. “We just need to be honest with ourselves and say that these people are here to stay. The door to Europe is closing, and this is where they’re going to be living… We’re not about setting up refugee camps, but I think people can pray about what it’s going to mean for us in the future. I don’t think we know, I don’t think the church knows, but the refugees are here.”

Looking to the future, OM Turkey has a stated goal of seeing 100 workers on the field. “I never had an idea of how that was going to turn out, and I never thought I would be asking for Arabic speakers,” Philip admitted. But in light of the new situation with so many Syrian refugees in Turkey “I think God is sending people from all over.“

In the past year, several workers from OM's Arabic-speaking Middle East North Africa (MENA) have transplanted to Turkey for short- and short-turned-long-term stays. Pray for more Arabic speakers to join teams in Turkey to serve the church and reach refugees with the hope of the gospel.