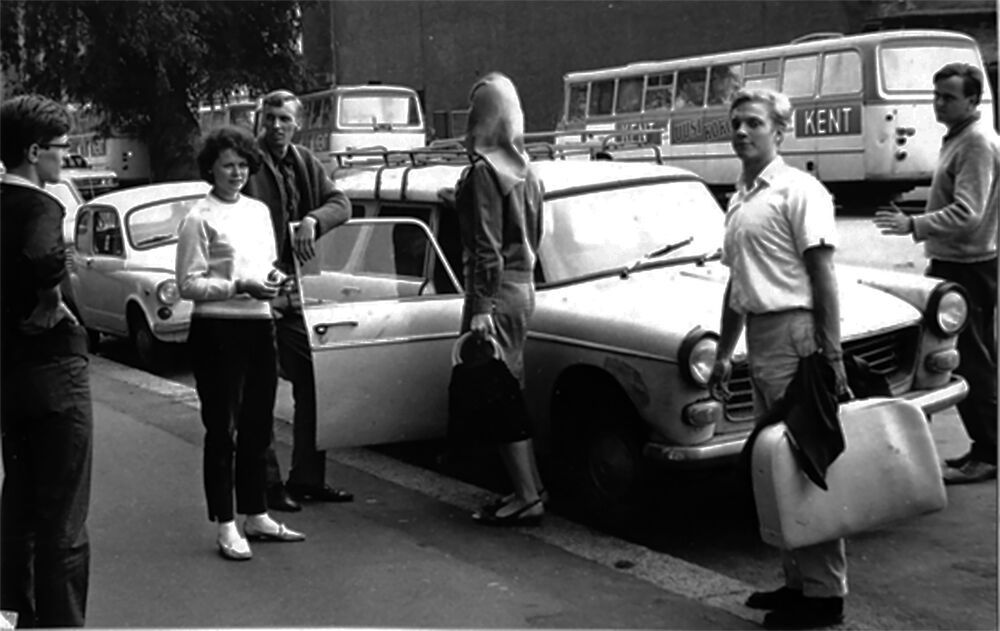 International: Starting in1963, OMs first year teams scattered around Europe and the Middle East.
After many successful summers, short-term evangelism campaigns established their place as the core ministry of Operation Mobilisation. Rather quickly, OM’s work in countries like Turkey and India grew to continue year round. In the winter of 1963, when George Verwer asked if there would be anyone willing to work with OM for at least a year, a greater commitment to participate arose. Preparation for the first year teams was organised in Atherton, England, and, after four weeks of intensive training, about 200 OMers headed to Europe, Turkey, Iran, Lebanon, Israel and India. OM’s focus began to shift toward long-term ministry.

Since its beginning, OM has provided training based on need. For young OMers, the road to long-term commitment started with reading books and listening to hours of cassettes full of vibrant teaching. Books like Calvary Road by Roy Hession and True Discipleship by William MacDonald quickly became classics alongside early books by George Verwer, such as the Literature Evangelism Manual published in 1963.

Studying these materials was obligatory for everyone joining OM summer campaigns that started with a one-week conference followed by three weeks of evangelism. Training and preparation brought together spiritual and practical needs. “Memorising Scripture was central, but we also memorised phrases in different languages,” long-term OMer Asko Alajoki, from Finland, remembers. “I still know some Italian from those days.”

Asko joined OM for the summer campaign in 1968 and kept coming back every summer until 1972, when he decided to join a year team. “Some people came for summer campaigns and went straight to a training conference for year teams,” he says.

Those wanting to join a year team were expected to have taken part in at least one summer campaign before hitting the road towards the unknown. Two to four weeks of training were provided in various locations in England and Belgium, until an old paper factory was transformed into OM’s European headquarters in Zaventem, Belgium.

Days were full: There was teaching about discipleship, leadership, teamwork, Bible study and prayer. “Teachers were OMers and visiting pastors who were either specially invited or just passing by,” Asko tells. “We worked as small groups and gathered to discuss daily topics. Of course, we also did dishes and cleaned together with our leaders, who were responsible for our small teams. We took care of everything. There were no staff members.”

Besides spiritual preparation, teaching and training included skills for everyday life and hands-on work. “We even had internal OM driver’s licences. We had to test if people really could drive and take care of cars and trucks,” Asko says.

Trust in the Almighty

One feature of the conference was an exhibition of all the countries where people might go, coupled with personal interviews. “When people came to the training conference, they did not know where they would be going next. I was hoping to go to the Near East but, without proper language skills, I was sent to England where our team worked with immigrants,” Asko tells of his first year-team experience. It was all about coming to serve with a disciple’s attitude and trusting in God’s plan. After the interviews, leaders sent people to different year teams depending on their skill sets and needs.

Another trust test was finances. “After summer campaigns and buying literature, everyone was basically broke. We were asked to pray until we had the money to travel. Teams could not leave before the money had come in,” Asko explains. Because of this, the conference sometimes lasted a bit longer, but it certainly got people praying and relationships deepened.

The year teams became a pathway for those who stayed longer in OM. After his first year in England, followed by years in India, Asko has been part of OM for over 40 years. “This has been a good place for me spiritually, and I’ve always had good challenges,” Asko explains his long journey in ministry. “After finishing my studies in Finland, there were no further ties attached and God had put this ministry on my heart.”

Still today, OM equips newcomers with the same attitude. Most of the approximately 3,300 long-term OMers have gone through the Global Orientation Conference to ensure they are prepared spiritually and practically. Yet only by actual experience can anyone know what it takes to see vibrant communities of Jesus followers established among the least-reached.

Tatu Kekkonen is a journalist and creative artist from Finland. Through everything he does, he wants to keep reflecting the Creator.

Published: Sunday, 01 January 2017
Credit: Tatu Kekkonen
© 2017 OM International This email address is being protected from spambots. You need JavaScript enabled to view it.