Turks turn to Christ: The story of the Bible Correspondence Course 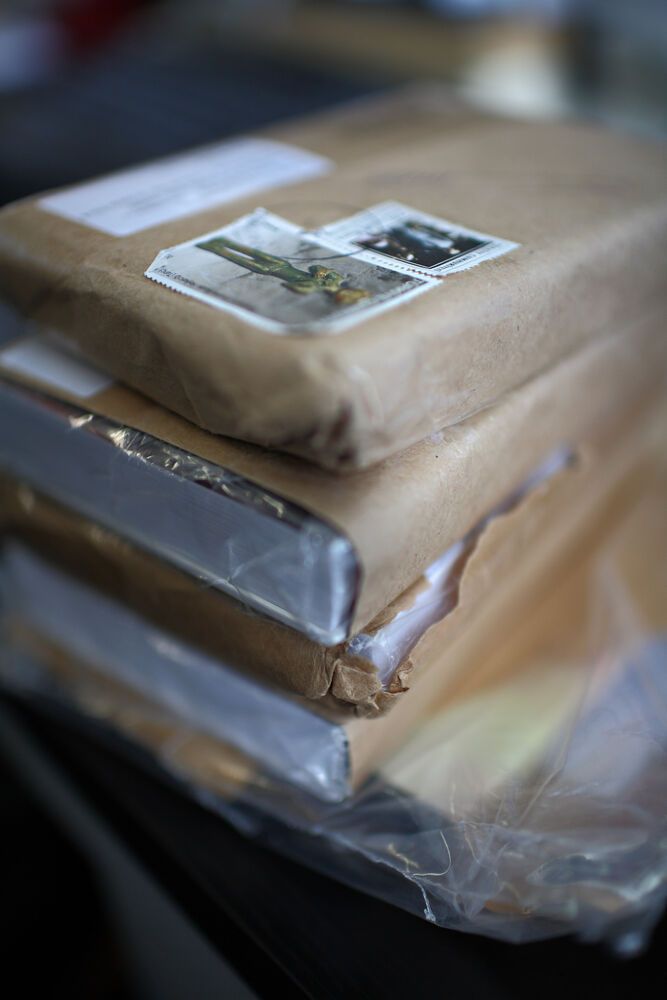 Turkey: packets for mailing
There were no known believers from a Muslim background when the first two OM workers arrived in Turkey in 1961. Passionate to see Turks come to Christ, short-term teams joined them to sell Christian books door to door by day, while at night tracts were ‘lost’ on streets in hopes they would be discovered in the morning. During the 1960s, nearly half a million pieces of literature were distributed annually.

National newspapers took notice and the derogatory term ‘Hrıstiyan propagandası’ (Christian propaganda) was coined. Beneath banner headlines in the more scurrilous sections of the press, pictures of the offending printed items would often appear, complete with readable text and follow-up address. This unexpectedly expanded the outreach considerably.

To the surprise of the first OMers, Muslims didn't initially respond but Christian-background young people, hungry to know God, did. Within a few years, the OMers had a growing group but no biblical material to equip them or those who responded to literature distribution. So they translated a simple Bible correspondence course from Emmaus Bible School in the US, and the Bible Correspondence Course (BCC) was born. 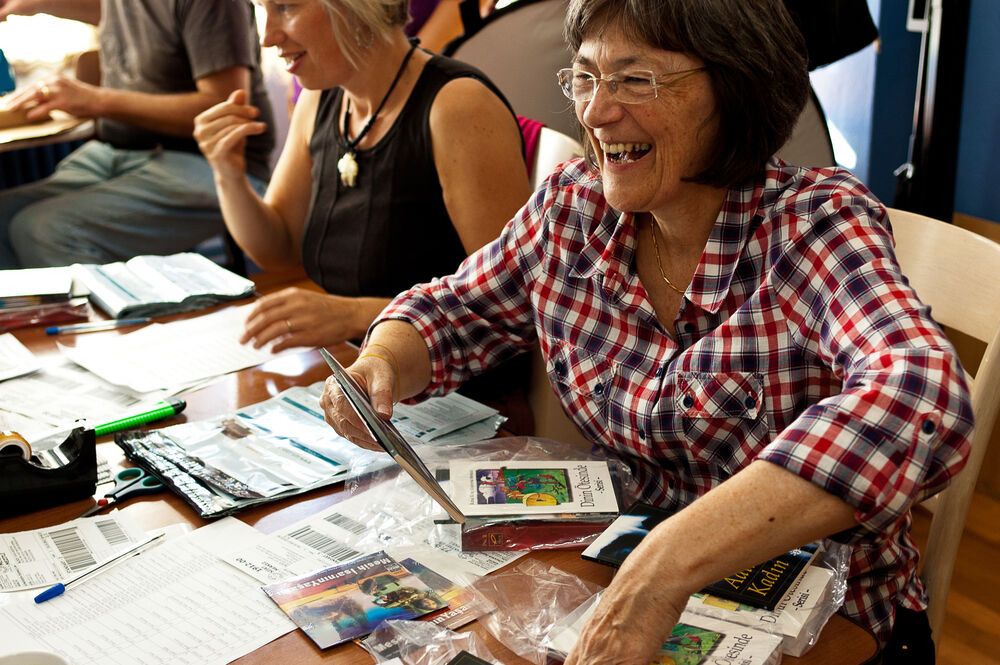 The OMers realised they could use the course itself as a way to reach out. Short-termers and eager young Christians regularly posted invitations to the free course, often gleaning names from telephone directories. One holiday, some of the young people stuffed thousands of course invitations into envelopes and posted them as part of the deluge of holiday greetings. A few days later, the Turkish paper Hürriyet's headline read "Christian Propaganda Hits City!" When the team leader went to his post office box to collect the replies, he was arrested. Emotion was so high that the public prosecutor at his trial asked the judge for the death penalty.

Now nearly as old as OM, the Bible Correspondence Course continues a ministry that has grown and expanded over the decades. Dave W, director of the BCC for over two decades, remembers the dramatic change that came in the late 1980s:

“I’d been trying to get ads for the BCC into magazines and newspapers but was always rejected. Finally, a leftist magazine agreed to take the ad that still generates the most response, asking, ‘Have you ever read the New Testament? If you’d like to know more about Jesus Christ and His life and teachings, write to us.’ They designed the ad themselves: A large cross with a sun bursting out of the top of it.’”

Positive responses came rolling in; after seeing the precedent, a national newspaper agreed to publish the same advertisement. Dave and his wife, who ran the BCC out of their home at that time, were shocked when more than 200 responses began arriving weekly.

The huge response continued for years, necessitating a change that has transformed the country. Dave could no longer travel to every person in the country who wanted a visit. So, he held meetings for church planters around the country who were faithfully sharing with friends and neighbours but seeing little fruit. He encouraged them to take on the ministry of following up those who wrote in from their cities.

The result has been dramatic: Surveys have shown that nearly half of the 7,000 believers in Turkey have traced their spiritual pilgrimage through the Bible Correspondence Course. This was the result of the partnership between the BCC’s bold evangelism and the faithful follow-up of churches and church planting teams.

The potential of one person 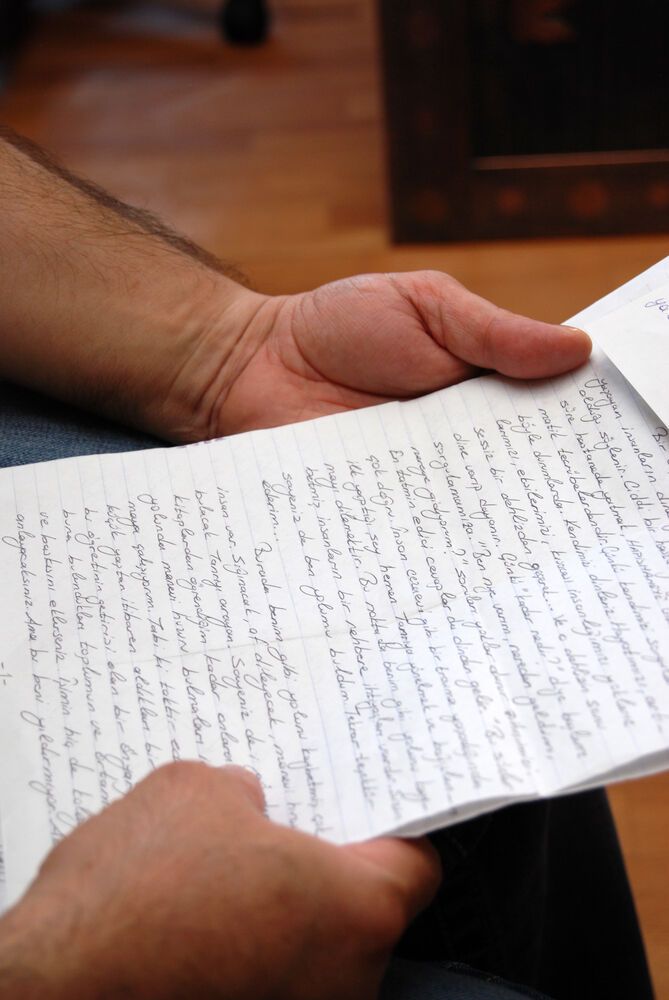 Ahmet was a man in the southeast who wrote to the BCC and received a visit, but his motives weren’t spiritual; he was looking for a way out of the country and thought that Christians could help him. Feigning interest, he completed the first BCC and asked for a visit. Ahmet laughs as he remembers: “I was waiting for someone in a suit to step out of a Mercedes; instead, here comes this foreigner, in torn jeans, off a bus!”

Ahmet was disappointed when there was no offer of money or a ticket outside the country. So, he figured he would need to keep completing courses. Soon the message of the gospel pierced his heart, and he found himself eagerly waiting for new materials and the occasional visit from Dave. Finally, Ahmet surrendered his life to Christ and, with that, his plans to leave the country. Today, he is the pastor of the largest church in the southeast and is responsible for BCC follow-up in four neighbouring provinces.

Today, the BCC breaks new ground by using Internet ads, Facebook, Twitter and street evangelism to share the message of Christ, yet the vision remains unchanged: The BCC strives to see vibrant communities of Jesus followers established amongst the least-reached in Turkey.

Aylin Mardin has worked with OM in Turkey for more than 30 years. She’s been involved in church planting in three cities and the development of Turkish worship on a national level. Together with her husband, Aylin has worked to develop the ministry of the Bible Correspondence Course, which has birthed other ministries such as The 1881 Project and Taco, a ministry creatively proclaiming the gospel to Muslims.

Published: Saturday, 17 December 2016
Credit: Aylin Mardin
© 2016 OM International This email address is being protected from spambots. You need JavaScript enabled to view it.