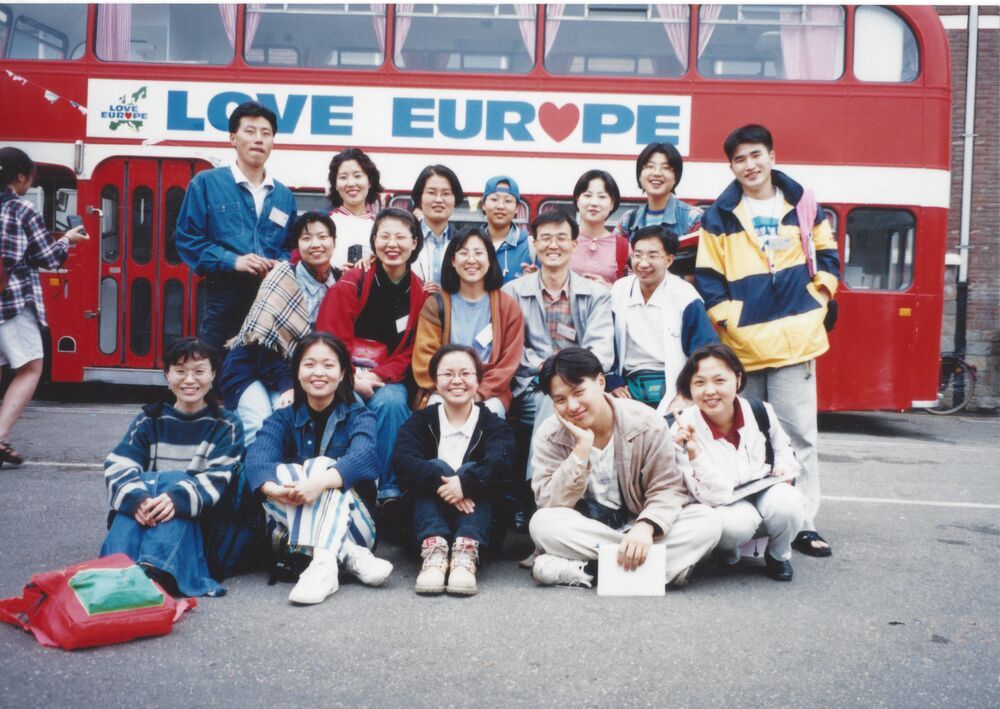 South Korea: Koreans serving at Love Europe in 1997.
Jesus once told the parable of the mustard seed: Within the hearts of men, God sows a seed. With God’s power and the guidance of the Holy Spirit, the germinated seed grows and flourishes.

South Korea in the early 1970s was a spiritually famished nation, hungry for the Word of God. Korean Christians, much like the early Church, were few in number and suffered both dire poverty and persecution. However, God was already preparing His Church and His servants.

Three Christian individuals would join OM, which was no easy feat since Koreans needed presidential permission to travel abroad. The Logos visit in 1975 marked the humble beginning of Koreans’ involvement with OM; the ship visited three more times over the following decade, serving as a catalyst in the spiritual awakening of countless Koreans.

As freedom of worship increased and travel restrictions lifted, churches responded to God's call by sending missionaries to serve with OM to the ends of the Earth. That most Koreans did not speak English showed that even language is not a barrier for God. Korean missionaries fervently prayed and God heard. These earliest Korean OMers shared what little they had with those less fortunate, modelling characteristics found in the first members of the Christian Church.

Coinciding with early ship visits, Korea itself began to emerge on the global scene. The Asian Games and the Olympics brought the world to Korea and allowed Koreans to see the world in a new light. The Christian mission movement saw many Korean Christians commit themselves to world missions. Korean young people had a strong desire to serve with OM, and the number of Korean OMers increased rapidly. All this happened in conjunction with Doulos’ and George Verwer's visits to Korea, during which the Lord challenged the Church to respond to His Great Commission. Many new missionaries went to serve the most unreached peoples of the world, particularly among Muslims in the Middle East and Central Asia. Some would even face martyrdom in India (1987) and Turkmenistan (1997).

By nature, Koreans are hardworking and carry a great sense of responsibility for their ministry, leading them to work seemingly tirelessly. Their desire to see vibrant communities of Jesus followers among the least reached motivates them to serve in challenging places, and they are committed to obeying God’s call. Koreans are known for passionately praying for others, including their leaders, the lost, and countries that are not open to the gospel. As they surrendered themselves to God, He used ordinary Korean Christians to accomplish extraordinary things.

Since 1990, when OM Korea officially started sending out missionaries, more than 1,500 short- and mid-term workers have served with OM. Thousands more have served with OM summer outreach campaigns like Love Europe and Love Asia. As of 2016, there are 316 Koreans serving in OM ministries in 39 countries around the world. Throughout OM, Koreans have set a good example as leaders and long-term workers in various closed or difficult countries.

Though the latest visit of Logos Hope in 2014 saw a weaker response than in previous OM ship visits, OM still retains its importance to the Korean church. OM will continue to serve a crucial role in bringing Korean people to God. Our earnest prayer is that Koreans will obey His Great Commission and reach out to the unreached peoples for His kingdom and glory.

Dr. Benjamin Youngkyu Lee was one of the few Korean crew members of MV Logos. He now serves as a pastor in Korea and is an advisor to OM Korea. He helped to pioneer OM Korea's ministry in both Korea and the United States.

South Korea boasts many cultural treasures including the martial art taekwondo, unique traditional costume known as ‘hanbok’, foods unlike anywhere else such as kimchi. It is a beautiful country covered largely by mountains with lowlands, located in the west and south east, taking up about 30% of the country. 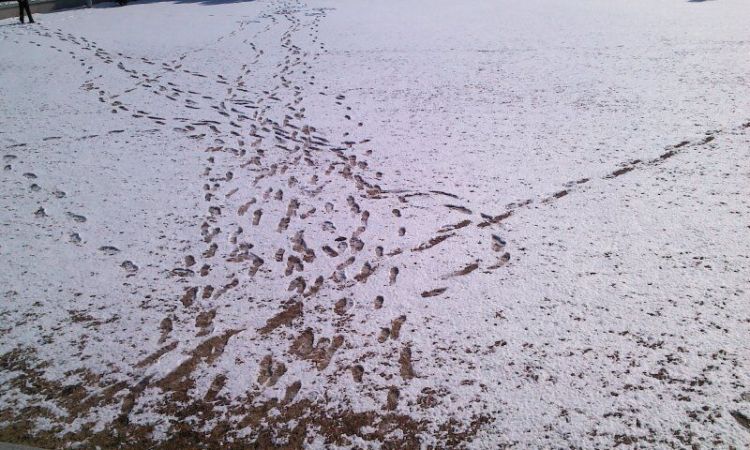 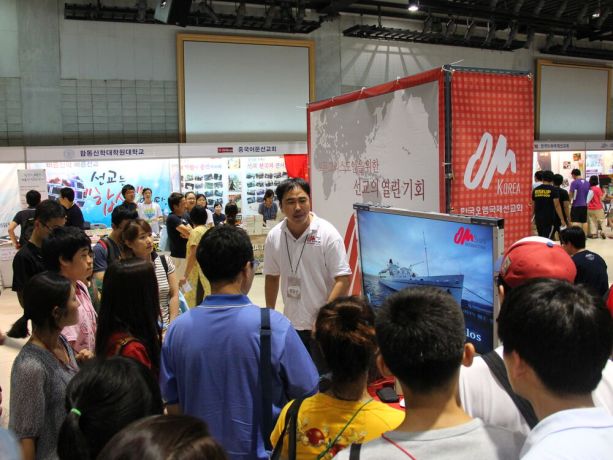 From 29 May to 19 August, Logos Hope will visit the Republic of Korea for the first time, motivating young Koreans for Christ.

One of South Korea’s leading Christian universities asked OM Korea for help in recruiting teachers for a few of their courses.