George Verwer and the birth of OM 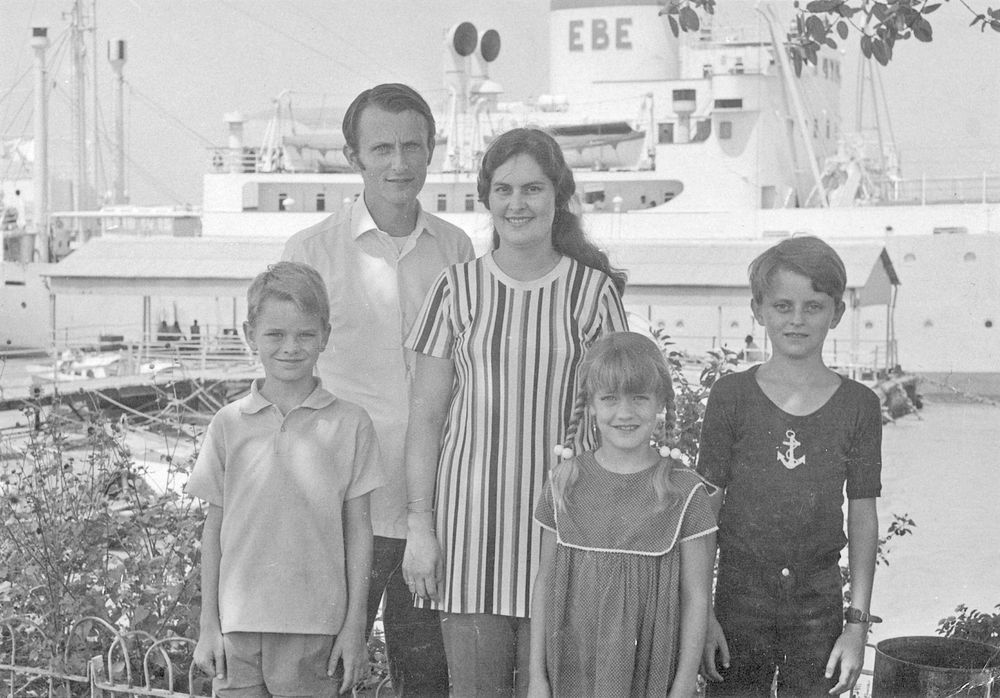 International: George Drena Verwer and kids in front of the Logos in Calcutta, May 1972
Who would imagine that a popular, foul-mouthed teen—preoccupied mostly with chasing girls—would in a few short years lay the groundwork for an international ministry? George Verwer’s story began when a New Jersey (USA) woman, Dorothea Clapp, placed him in the crosshairs of her ‘Holy Ghost Hit List.’

In Wyckoff, New Jersey, in 1953 George was 14 years old, high-spirited, and showing promise as a natural-born leader at Ramsey High School when Mrs. Clapp’s son first gave him a copy of John’s Gospel. Two years later, her prayer for his salvation was answered at a Billy Graham crusade in Madison Square Garden where George received Jesus. The persistent Mrs. Clapp then began praying that George would become a missionary. Little did she realise how soon this seed of faith would take root.

George used his position as Student Council president to share his testimony in an assembly and had copies of John’s Gospel distributed in the hallways. About 200 students came to faith that year as a result, and a passion and gift for winning souls had emerged.

In college, he learnt that over 70 per cent of Mexico’s people owned not a single portion of Scripture. Appalled by this—considering Mexico’s proximity to the chief missionary-sending nation—and burning with the conviction that “everyone must hear the gospel at least once,” he hatched a plan for his summer holiday. 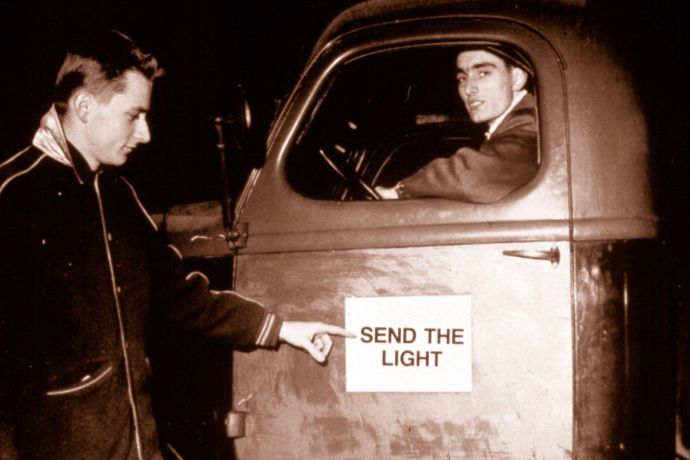 In June 1957, he and classmates Dale Rhoton and Walter Borchard drove from Chicago to Mexico City in a beat-up 1949 Dodge truck filled with Spanish gospels and tracts. Committing to repeat the trip for the next three summers launched Send the Light, a full-fledged literature distribution ministry that included a board of trustees and the establishment of La Vida Abundante (The Abundant Life), the first evangelical Christian bookstore in Mexico City.

While in college, George met Drena Knecht, a film department secretary from Moody Radio who shared his heart for missions—so much so that after their simple wedding in January 1960, they skipped their honeymoon and moved straight to Mexico to operate the bookstore together. Any doubt in Drena’s mind that life with George would be an adventure probably vanished on the trip south, when he bartered their wedding cake in exchange for fuel!

Eight months later, the work in Mexico was well established, prompting the Verwers to plant STL’s ministry in Spain. Under fascist dictator Franco, religious freedom in Spain was restricted; only the Catholic Church could promote religious literature, closing doors to evangelical missionaries. However, when the Catholic Church published its own edition of a Spanish New Testament, George and his team used the Mexican experience to successful open a bookstore in Madrid.

Although not overtly a Christian store, Victoria, as it was called, happened to sell mass copies of the Catholic Church’s New Testament—as well as ‘supplemental’ materials that placed emphasis on a personal relationship with Jesus Christ. Blending products this way minimised attention from the authorities and shaped a key part of George’s missional DNA: finding creative paths for the gospel in unsympathetic nations.

Later that year, George and team pursued this challenge in another form: The smuggling of gospel tracts into Russia, which at first didn’t go well. After George carelessly tossed a misprinted tract out of a hotel window in Moscow, a pedestrian recognised the literature as forbidden and filed a report, resulting in the team’s KGB interrogation and swift deportation.

The effort, however, was not in vain: For George, visiting Russia strengthened his resolve that, in a day of explosive media, technology and travel, everyone in the world could and should hear the gospel at least once! Upon his return from Russia, while in prayer, a vision for how this could be done emerged.

At a rest stop in Europe, George was overlooking the landscape when, in the distance, he saw a group of young people entering a school bus, bringing to mind the words ‘Operation Mobilisation’ and, with it, a novel idea: to acquire a fleet of buses and load them with teams of youth passionate about sharing their faith.

Like his first trip to Mexico in 1957, this was meant to be a one-time project. But as George met with European church leaders, organising conference after conference to share the vision, the project evolved into a movement. OM has since earned its description as a collective of 3,400 people “who can’t sit still and who love the adventure of serving Jesus.”

And to think it all began with that obscure New Jersey woman, Dorothea Clapp. Through her prayer, the small seed of faith planted in George 60 years ago has flourished into a tree much like the one Jesus described to illustrate God’s kingdom—large and growing, with fruit-bearing branches that make their way throughout the Earth…despite a small beginning.

Born and raised on the mission field throughout Latin America, Patrick Wood serves as a writer and content curator for OM USA. He is based in the Atlanta area, and his passions include long-distance running, books, TV, caffeine and eating.

Published: Sunday, 30 October 2016
Credit: Patrick Wood
© 2016 OM International This email address is being protected from spambots. You need JavaScript enabled to view it.