Worth braving the snow 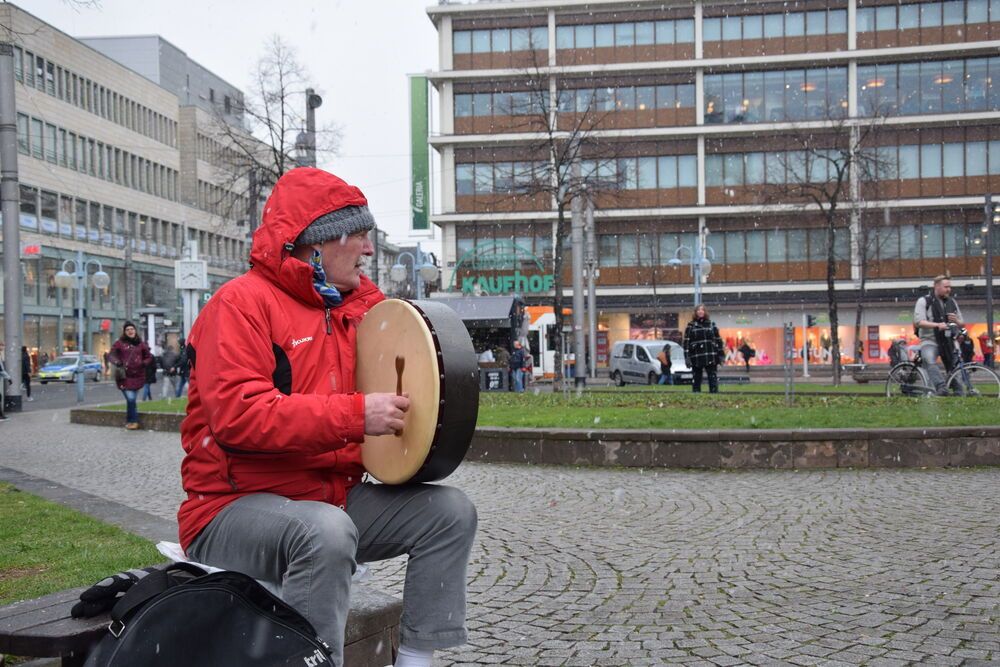 Two young students approached community member, Marleen Barnard (Netherlands), with a German ‘One Wish’ flyer in their hands and asked Marleen if she had an English one for them instead. After Marleen found the English version, she asked, “Do you know the Gospel?” The two students answered that they did not.

“What would you like to ask from God if you had one wish from Him?” continued Marleen.

One of them answered, “I would like to have someone, a woman, that I love very much.”

“I see. Did you know that there’s someone who loves you very much?” asked Marleen, and she began to explain the Gospel using the four symbols on her ‘One Wish’ bracelet. At the end of the explanation, Marleen decided to ask forthrightly if they wanted to say “yes” to have Jesus in their lives today. To her surprise, the students replied with a firm “yes." Marleen gave them each a copy of the New Testament, a ‘One Wish’ bracelet and invited them to visit the Riverboat.

Do something about the void

Riverboat Director, Peter Nicoll (South Africa), had a meaningful conversation with an electrical engineering student, Jannich, who felt that something was amiss in his life but had brushed it off in the past.

“So are you just going to ignore the void or do you want to do something about it?” implored Peter, to which Jannich replied that he wants to explore the purpose of his life but did not know where to start. Peter encouraged him to keep seeking God and asking questions about Him. “Start with reading the New Testament,” said Peter, handing him a copy. “You will be able to find out more about God.” Peter is positive that Jannich had been motivated to take an active step in exploring the truth.

Apart from students, port volunteer, Kedy Emagma (Belgium) met a foreign lady from Cameroon named Laurence, who had decided to get off the tram at the plaza where community members were performing because she sensed the presence of God. Kedy, who was born in France, could converse in French with Laurence’s heart language.

As Laurence shared with Kedy her unexplainable feelings, she was so overwhelmed by the Holy Spirit that tears started to well up. “I feel so touched to see all of you coming out here on a cold, snowy day like this to share the gospel with others,” she told Kedy. “I’m still rediscovering what it means to live with Jesus in my heart. I’ve felt a tug many times to share the gospel, but have never had the courage to do so.”

Kedy and Laurence had a deep conversation over coffee that afternoon, praying and crying together. During that time, Kedy decided to ask Laurence about a specific vision that God had planted on her heart right before the outreach.

“Laurence, I have an image from God about a bald man in a prison. Does this ring a bell to you?” Kedy asked, to which Laurence answered that the description fit her cousin, who had been put into prison in Morocco after fleeing from a murder he committed in Cameroon. Laurence has been praying for her cousin for a long time to encounter God personally.

“This meeting with you is not only for me, but also for my cousin. It is God telling me that whatever happens, He will take care of me,” said Laurence, in between tears.

“This was such a beautiful encounter,” said Kedy, who had asked God for a specific person He has already prepared for her to meet with during the outreach. “God is faithful in every way.”

Published: Monday, 26 March 2018
Credit: Flora Man
© 2018 OM International This email address is being protected from spambots. You need JavaScript enabled to view it.