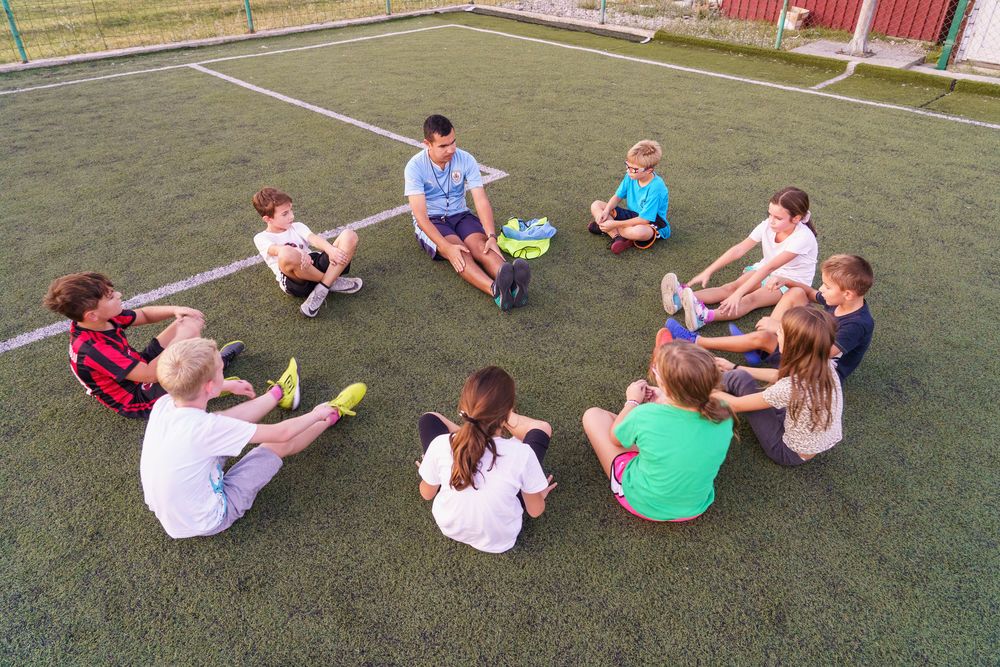 Montenegro: Mateo Ronillers shares about his ministry in Europe. Photo by Garrett N
“I can see the need in so many kids and teens,” says Mateo Roniller from Uruguay, who works as a football coach and youth leader with OM in Montenegro. “I see the need to know the transforming love of our heavenly Father, which turned my life around when I was fourteen years old.”

God began telling Mateo in his early 20s to go out into the nations to share His love, and to do this with young people. Mateo comments that if he and his wife Evelyn (from Paraguay) had stayed home in Latin America, they would have been among thousands of believers carrying the gospel message in many different ways. In Montenegro, however, there are so few believers, and so few ways for people to hear about Jesus.

“Here, youngsters see how I’m different because of God’s love in me. As a football coach, I encourage and mentor my players. I don’t bully them, which is the usual way in this culture. And as a youth leader, I can love and mentor those teens too, like others did for me,” says Mateo. “As a young kid in Uruguay, kicking a ball around in the street, I never dreamt that one day I would be a qualified football coach or––best of all––that my aching heart would know the love of a father, God!”

Mateo was born in 1989, the fourth of six children. Growing up, he was impacted emotionally by the stress his mother suffered in keeping the family out of poverty, his father’s difficult personality and lengthy absences with work. “I grew up feeling useless, like I could do nothing right. It felt like Dad was never there for us, and I needed his love so badly,” he shares.

From age 5, Mateo was taken to a Saturday kids’ club at a local church. His mother started attending Sunday services when he was 11, taking him and his siblings. “All those years, I heard lots about Jesus. I even prayed the sinner’s prayer quite often, but it didn’t mean anything,” he recalls. “But in 2003, when I was fourteen, a visiting preacher spoke about how God loved us as a Father. I began sobbing without knowing why, and I felt God’s love for the first time. God was my father, and he wanted a father-son relationship with me! This was my new birth! I could talk to God in prayer for hours because there was so much to share with Him. He was my Dad now.”

God’s hand touched other things too, like the day He healed the stammer which other kids had teased Mateo about for years, freed him from self-consciousness, and gave him the gift of preaching. “This was another experience of God turning my life right around. I discovered a strong sense of value in being able to do something, and do it well, because of Him.”

But as an older teen, Mateo was slipping away from God, struggling at school through being different as a Christian. “I hung out with the wrong crowd, dodged school, and wasted time," he remembers. “But God was so faithful to me. The pastor from my church kept in contact, believing in me and showing me tough love, which won me back. Later on, when I had other times of trial because of my emotions, God always sent someone to mentor me and set me back on His way.”

Mateo comments that God really does look after everything, even finances. On his own, Mateo could never have afforded the outreaches and trainings he has participated in since first hearing God's challenge to world missions in 2009. “But down the years, dozens of people have supported me in many ways. Whatever God has told me to do, He has always provided for – even if it was at the last minute!” he says, laughing.

God also set things up in 2012 so that he could be reconciled with his earthly dad before going abroad with OM in 2013. His dad was very ill, and while Mateo looked after him for over a month, Mateo experienced his heart responding differently when his dad was being difficult. There was none of the hurt or resentment he had felt as a child. “One day I said to him: ‘I love you, not because you ever told me you love me, but because God loves me and so I can love you and forgive you.’ Dad began to sob and asked me to forgive him. This was such a powerful thing that God did!”

More than a coach

Having God as his heavenly father, and reflecting that love into young lives like a dad, is very important to Mateo. Much later, in 2017, after OM had encouraged him to qualify as a football coach, he was helping run a kids’ soccer team in Paraguay. “Those kids didn’t have any church background and many didn’t have dads around. They were just like I used to be. I would also help them with non-football stuff like school work and just be an encourager. When they heard I was about to leave for Montenegro, they made a poster which included the words: 'We admire and love you, because you are more than a coach. You are a friend and a Dad for us.’ How those words touched my heart, that I should be like a dad for others!”

Now, at the age of 30, Mateo knows that God has equipped him to connect with young people in Montenegro; to inspire and encourage them. He comments that he is certain about fulfilling God’s calling on his life, to share the father-heart of God among those who would otherwise not know. “Could anything be more precious than that?”

Published: Monday, 09 December 2019
Credit: Nicky Andrews
© 2019 OM International This email address is being protected from spambots. You need JavaScript enabled to view it.

Even if things don't go quite to plan, the kids' craft sessions at OM Montenegro's Lighthouse centre result in wonderful presents for families.

Student Amy from the USA used her summer vacation to serve with OM in Montenegro and Serbia, sharing God's love with the young and old.