Living out her faith 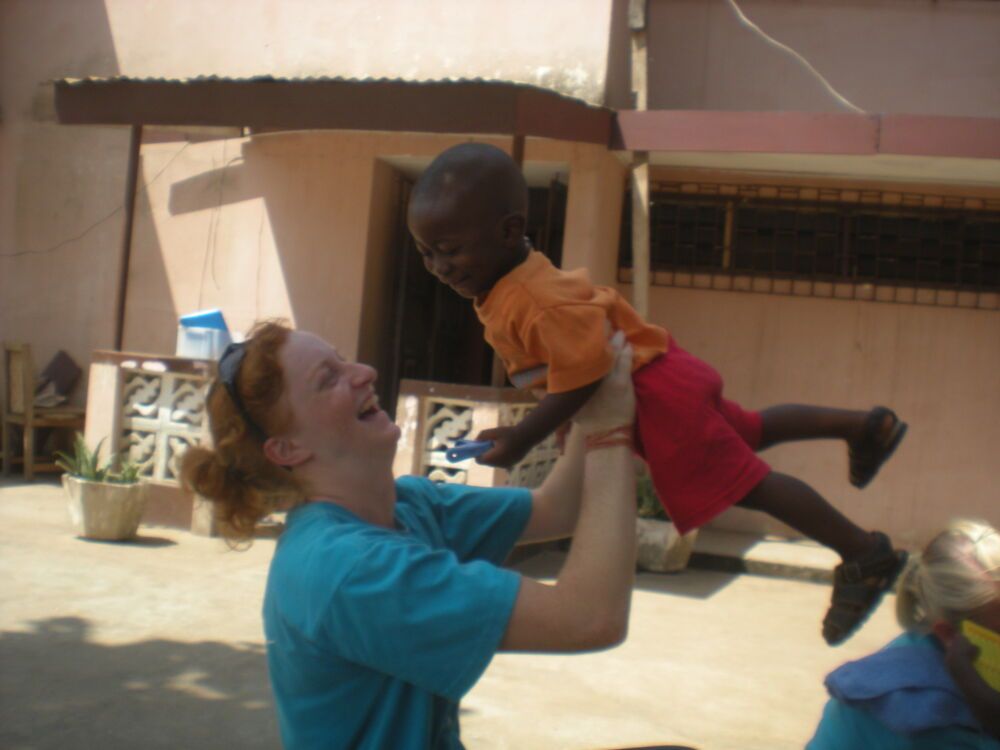 France: In West Africa, with the Logos Hope. By Lucie Thomas
For two years Lucie Thomas, from France, lived and served aboard OM’s ship Logos Hope from September 2009 to August 2011. “I have always loved listening to missionary stories,” she shared, “but this time it was my turn to travel and tell people about God!” Lucie, from the Lot and Garonne region of France, was 20 when she set off on her voyage. Having completed the first part of her university education, she decided to take a break in her studies.

Her time on Logos Hope took her to the Caribbean, West Africa, the Mediterranean and the Arabian Peninsula. While on the ship, Lucie spent five months on the housekeeping team before working in the ship’s café, where visitors would come after browsing the on-board bookshop.

Several events stand out for Lucie. Along with two other crew members, she was sent to Haiti in the immediate aftermath of the 7.0-magnitude earthquake that devastated the country on 12 January 2010. Since the education system had broken down, their task was to provide help in the orphanages and schools. Every day the little team organised children’s activities. Lucie also trained people in leading children’s clubs.

While the ship was in Sierra Leone, one of the world’s poorest countries, Lucie had become good friends with 16-year-old Ramatu, already the mother of a little boy. Every day Ramatu visited Lucie, and Ramatu decided to follow Jesus before Logos Hope sailed on. Lucie found it hard to say goodbye to her friend.

In Bermuda, Lucie chatted with a woman visiting the ship a second time, who shared that she had discovered new life in Jesus. Lucie was aware of being just one of the links in the chain to this woman’s faith in Christ; she knows that salvation is the work of God alone, and He uses different people along the way to bring people closer to Himself. This time, she experienced the excitement of being the last link in that chain!

After enjoying two years on board Logos Hope, along with 400 other Christians from all over the world Lucie’s vision has grown through her discovery of new cultures, new churches and new ways of living her faith. She also feels freer to share about her faith with others.

Published: Tuesday, 22 January 2013
Credit: OM International
© 2013 OM International This email address is being protected from spambots. You need JavaScript enabled to view it.

Although the escape room was created with a primary focus to mobilise Christians, OM Riverboats and OM France worked together to make adjustments in the simulation to suit non-believers better.