How prayer birthed a movement 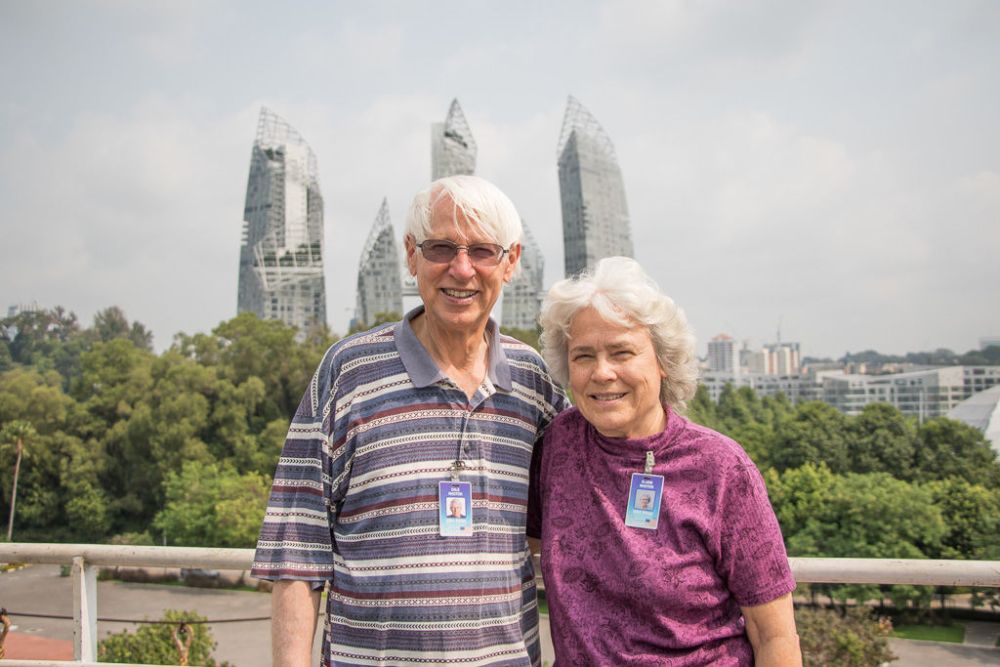 After more than 50 years of service in OM, the gentle, unassuming couple still supports the ministry actively—the latest being travelling to Singapore and strengthening ties with OM supporters.

Their visit to OM’s ship Logos Hope, which was docked in Singapore for installation work under the Power Up Logos Hope project, also greatly encouraged many.

When asked how OM was birthed, Dale revealed that it was essentially prayer. The OM movement was borne out of a prayer room in Chicago in the 1950s where OM founder, George Verwer, Dale and a small group of Bible college students met.

Dale recalled that George suddenly jolted during the prayer, exclaiming that God was pointing them to Mexico. From that defining moment, the group started the work of transporting Christian books and tracts into Mexico. This was how Operation Mobilisation was formed in 1957.

“What a reminder this is for us to return to the prayer room today to seek the heart of our heavenly Father,” said See Keen. “From within the prayer room, God’s multiple movements await to be ignited.”

Published: Friday, 24 April 2015
Credit: OM International
© 2015 OM International This email address is being protected from spambots. You need JavaScript enabled to view it.

Alvin stared at the chaos of medical tubes hanging around him. 'Why?' he wondered as he lay helplessly on the hospital bed. How on earth was this part of God’s...