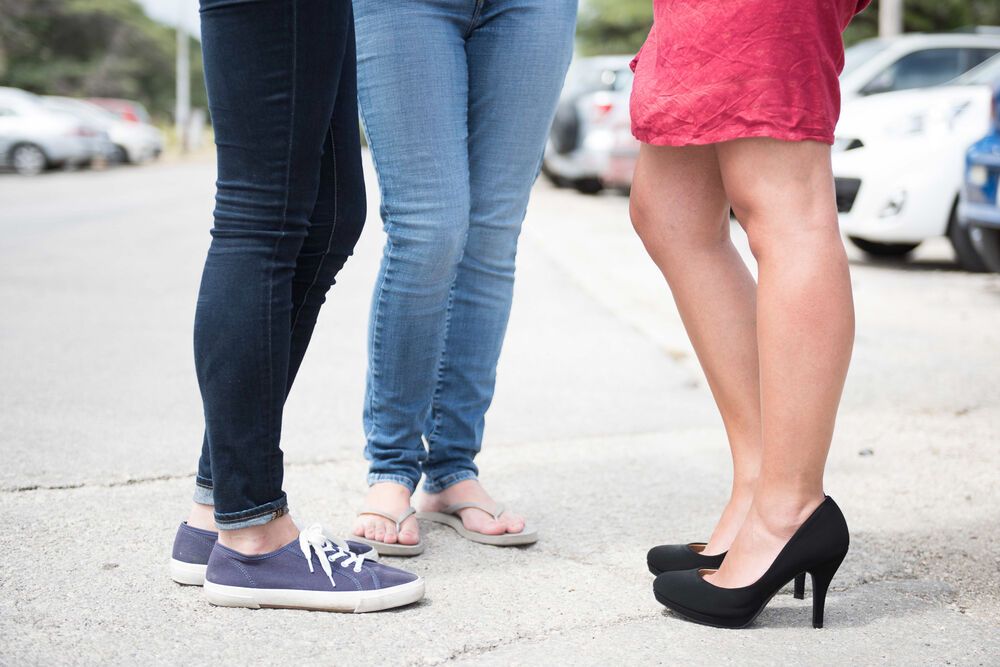 Curaçao: Willemstad, Curacao :: Female crewmembers talk to a sex worker on the street.
Local people with Curaçao’s Victory Outreach led crewmembers through a series of dark alleys to the streets where sex workers operate, leaving the volunteers questioning their own group’s safety and that of the women they were going to visit.

The majority of women employed as sex workers in Curaçao come to the island from Latin America, so volunteers relied on their hosts to help with translation. An onboard event for women in sex work has been planned for the final week of the ship’s visit, so the crewmembers gave out free tickets and used them as conversation starters.

One woman told crewmembers that she prays every morning and has a relationship with God, even using a dream she had the night before as proof. When Katy Felder (US) asked her to describe the dream, the woman explained that she had seen the sky split into two. “What do you think that means?” asked Katy. The lady replied that she believed it meant that she was going to be challenged. “Another way of looking at the dream could be that the Lord is telling you that He is coming back soon,” said Katy. “In the Bible it explains that when Christ comes back, many different things will happen in the sky. My question to you is, if the Lord comes back tonight, are you ready?”

Katy’s words had to be translated, and as she watched the woman listening, she noticed the expression on her face change. The translator noticed the change too and continued to talk. Within moments, the woman had broken down in tears. As she cried, other people from Victory Outreach came to join them, putting their arms around the woman and praying over her. The woman collapsed on the ground and lay on Katy’s feet, crying. When she stood, she explained that she felt that a weight inside her had been taken away and that she wants to talk to Katy and the other women again. She told the volunteers she plans to come to the women’s event onboard.

Published: Tuesday, 07 March 2017
Credit: Rebecca Gaasrud
© 2017 OM International This email address is being protected from spambots. You need JavaScript enabled to view it.