Cheering on their comeback 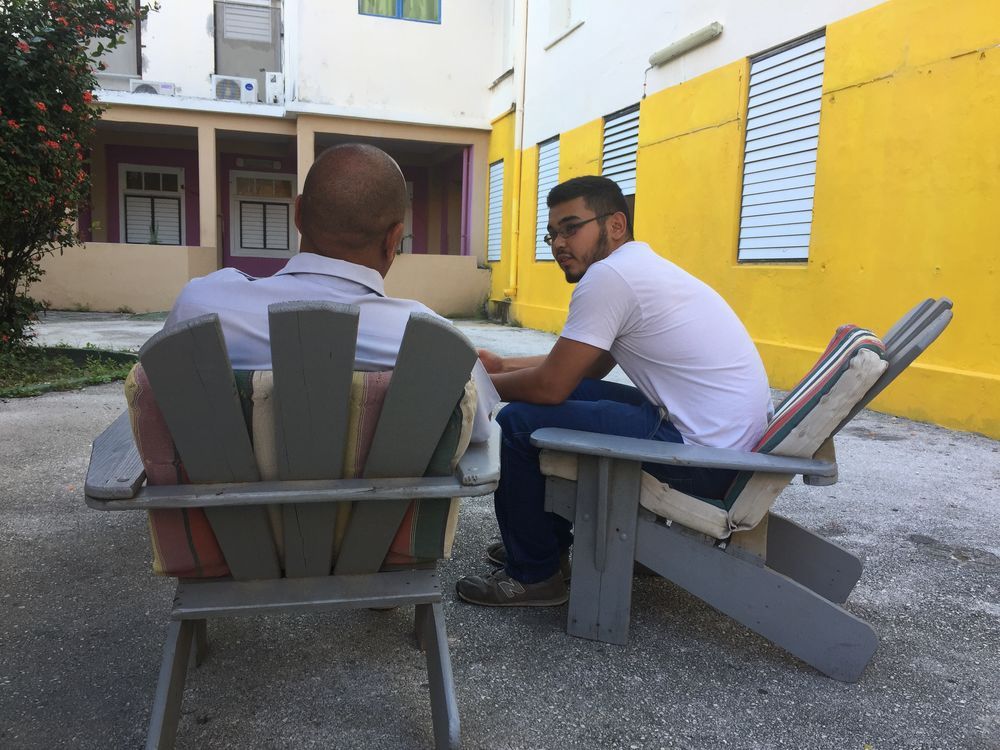 Curaçao:
People receiving treatment for substance addiction at a clinic in Curaçao have some new friends rooting for their recovery: a team of volunteers from Logos Hope.

Four male crewmembers are spending a month helping at the island’s only government-run facility, Brasami, while the ship goes through annual maintenance in dry dock. The aim of their stay is to build relationships with the residents and speak into their lives in meaningful ways.

Brasami was formerly a military hospital but is now where 50 people from all walks of life have been ordered to spend a year, after committing crimes whilst addicted to various substances. The men and women follow detox, rehabilitation and re-socialisation programmes. Staff at the centre have given the ship's crew freedom to speak about their faith in Jesus Christ as they interact with the residents.

The Logos Hope team is made up of two Dutchmen, one Zimbabwean and one from Central Asia. They join the classes as the in-patients build towards living an addiction-free life, and accompany them on outings. One client who has been in and out of prison for the past decade opened up to Zair (Central Asia), who was able to pray with the man and offer encouragement from his own experience of receiving help to change his behaviour.

“Living alongside these clients, investing time with them and doing things with them can make an impact in their life,” says Job Ephraim (Netherlands), the team leader.

On their first weekend, the crewmembers offered rowdy support to the Brasami residents as they played in a softball match against a team from a local bank. “It was great to see how these men and women were united for a common cause which gave them hope of a better future and confidence in themselves,” says Mike Ngwaru (Zimbabwe), “The team ended up winning 9-4 with an amazing last-moment comeback!”

Logos Hope’s crewmembers will also use their decorating and gardening skills to help improve the almost 200-year old Brasami facilities during their outreach over the coming weeks.

Published: Tuesday, 21 March 2017
Credit: OM International
© 2017 OM International This email address is being protected from spambots. You need JavaScript enabled to view it.