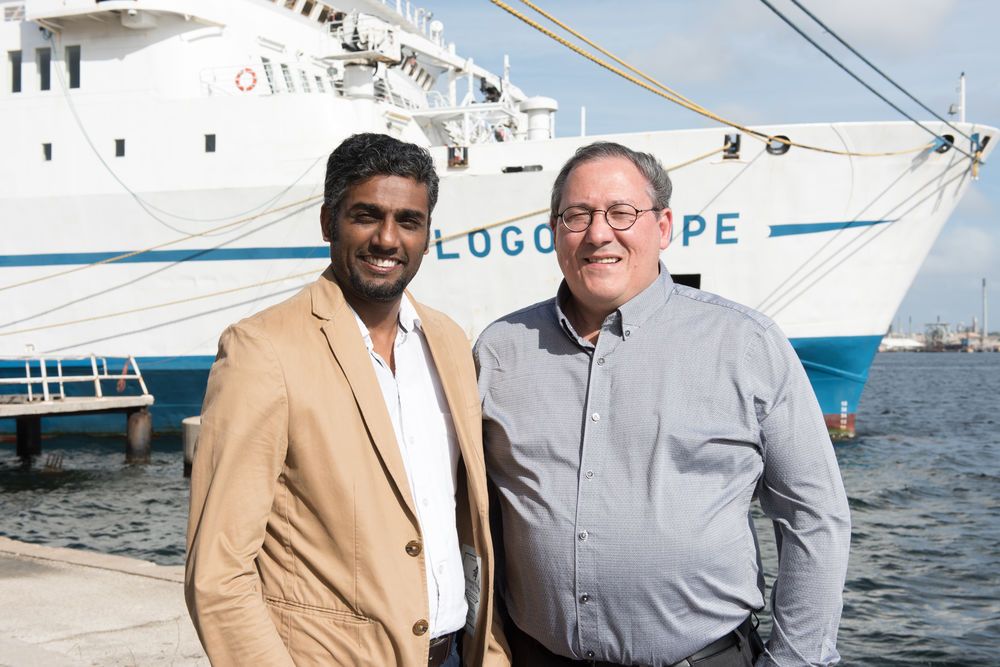 Seelan is the youngest CEO of the non-profit organisation, which first set sail in 1970. The 40 year-old has been at sea with OM since 1999, holding positions including director of the previous ship, Doulos, and managing director of the current vessel, Logos Hope.

Seelan, his wife Carlien and their two children have left the onboard community of 400 Christian volunteers and will settle in Germany, to work from the charity’s headquarters in Mosbach, Baden-Wurttemberg.

Peter Nicoll wholeheartedly endorses his successor, saying, “I think Seelan is really the ideal person to take us forward. He’s got a thorough understanding of what’s going on in the mission world and within Operation Mobilisation.”

Peter and his wife Bernice plan to stay involved with the organisation they have been part of since the 1980s, and will serve on OM’s exciting new European Riverboat next year.

Assuming overall leadership and management of OM Ships’ shore-based operations as well as Logos Hope, Seelan Govender says, “This is a position I step into in faith and obedience, trusting in the Lord’s leading. I believe that OM Ships exists to show that Jesus makes the difference in all of our lives. We take the message of the gospel to some of the least-reached people and places, in order to fulfil what is written in Revelation chapter 7; that one day there will be a great multitude representing all nations, tribes and people, standing before the throne of heaven."

“OM Ships is a family of dedicated, selfless people whom God has called to offer their abilities and their heart. We depend humbly upon our global support base of faithful partners, whose prayers and finance make our service possible. I am excited about pressing forward together to increase the Ship Ministry’s impact around the world.”

Moving into Seelan’s former position of managing director on board Logos Hope is Pil-Hun Park (South Korea). He and his wife Mi-Ae both have previous leadership experience on board Doulos. They return to the Ship Ministry from SaRang Community Church in Seoul, where Pil-Hun’s role as a mission pastor has ably equipped him to lead Logos Hope’s vibrant and diverse community in sharing knowledge, help and hope in each port of call.

Logos Hope, the world’s largest floating book fair, is touring the Caribbean throughout 2017. The ship is crewed by Christian volunteers representing 64 different nations and welcomes thousands of visitors each day. Attractions on board include a vast bookstore, café, theatre, conferences and multi-cultural events. Personnel go ashore to reach out to people at their point of need, offering practical help in communities and demonstrating God’s love and power to transform lives.

Logos Hope is currently open to the public in Oranjestad, Aruba.

Published: Monday, 01 May 2017
Credit: OM International
© 2017 OM International This email address is being protected from spambots. You need JavaScript enabled to view it.