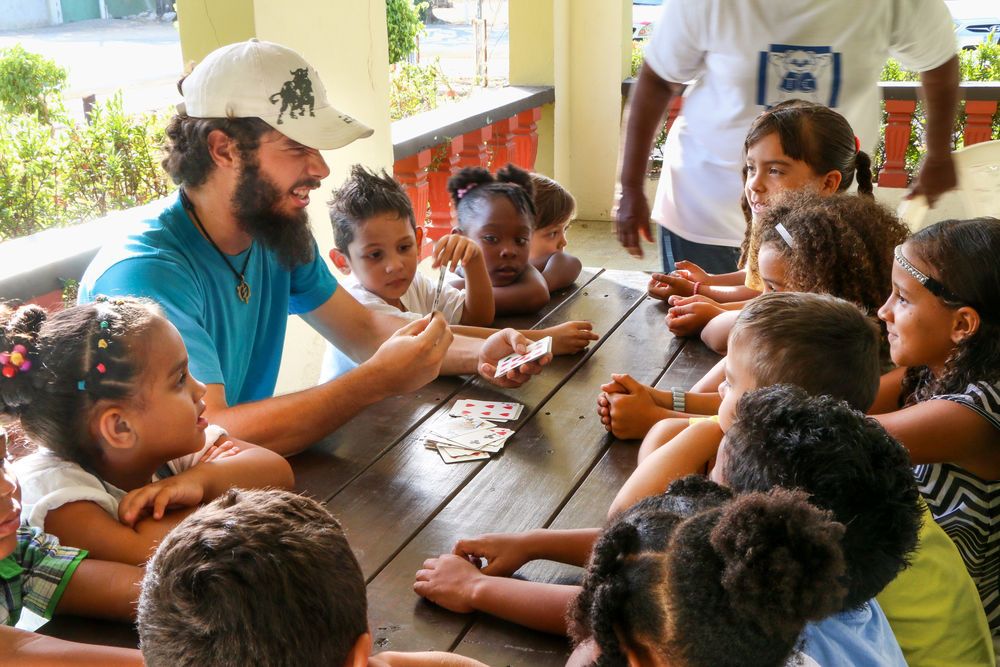 Aruba: Oranjestad, Aruba :: Children at a Christian youth club listen intently as Karsten Hassman (Spain) uses a deck of cards to tell stories and teach Bible lessons.
A visit from Logos Hope crewmembers to an OANSA kids’ club sparked excitement among the children who were eagerly anticipating their own visit to the vessel.

OANSA – known as AWANA in English-speaking countries – is an international Christian organisation that began in the United States and has spread to over 115 countries. Through games, songs, lessons and Bible verse memorisation, children are encouraged to have fun as they grow in their faith. A team of ship volunteers was invited to help at an OANSA club on the island of Aruba.

Karsten Hassman (Spain) held up an American one dollar bill and showed it to the children. “If you were given 86,400 of these one dollar bills every day for the rest of your life, what would you do with them?” Some kids wanted to give the money to the church or to families in need; others wanted to spend the money on expensive toys like a car or an aeroplane. Karsten explained that God gives each person a valuable gift every day. “Each day you have 86,400 seconds to use how you choose. How are you going to use your time?”

The team members each explained why they have chosen to spend two years of their life serving on board Logos Hope. “Every week at OANSA you get to memorise verses from the Bible and learn about Jesus, but there are people all around the world who have never heard about God and don’t know that He loves them,” said one of the volunteers. “The most important thing we do on the ship is share hope with people.”

“Even here in Aruba there are people who do not know about God,” OANSA leader Diana Flanders told the children.

“I was surprised how engaged the kids were,” said Diana after all the children had gone home. “Even though there was a language barrier, they were still interested and tried to communicate with you!”

The children and leaders got to reconnect with the crewmembers when they visited the ship the following week. The volunteers hope the opportunity of seeing them in action will further impact the young people to spend their lives wisely for a meaningful purpose.

Published: Friday, 19 May 2017
Credit: Rebecca Gaasrud
© 2017 OM International This email address is being protected from spambots. You need JavaScript enabled to view it. 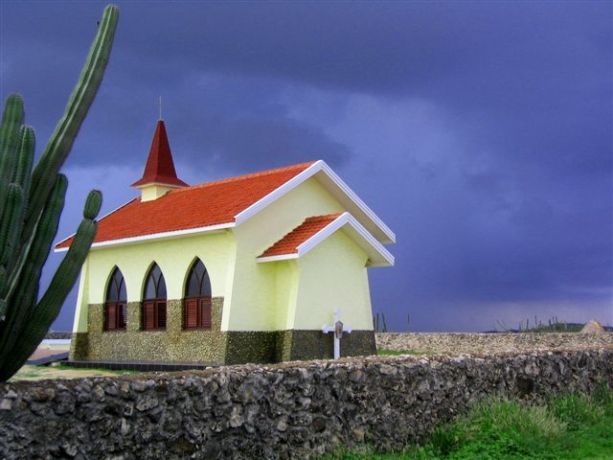