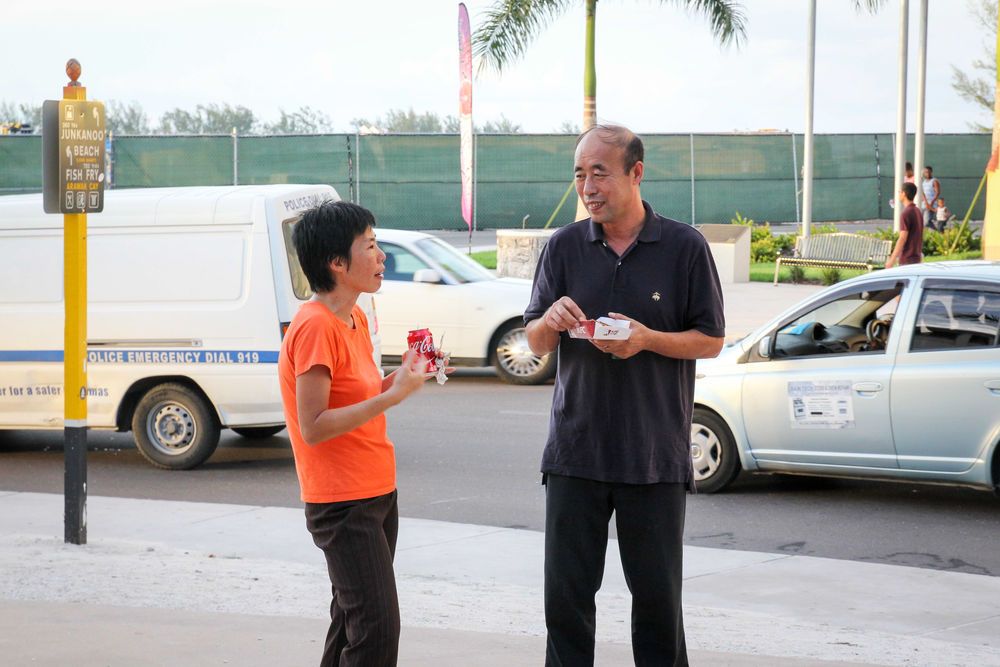 Outreaches to the Asian community in Nassau led to a series of unexpected conversations for Ning Hilario (Philippines), who was placed on a team of Chinese-speaking volunteers tasked with visiting the local Chinese-owned shops and restaurants. “I was wondering who put the team together, because I was the only one on the team who does not speak Chinese!” said Ning.

Ning’s team visited a Chinese supermarket, but upon entering, they did not see any Chinese workers. Instead, Ning found four Filipinos. “We started talking and connected easily,” said Ning. One of the women explained that she had recently married, but had struggled to become pregnant. The woman had been praying to saints and had gone on a sacrificial walk, looking for help from God. “I told her if it is God’s will, He will bless her with children,” said Ning. “It is only because of His grace, not because of what we do.”

While Ning was talking to the Filipino employees, another member of the team met the owner of the shop and was pleased to hear he is a believer and prays for his staff. “It was an encouragement for me that even when I leave, it will not end, but someone will continue to sow the seeds,” said Ning.

Ning spoke to the Filipinos in her native language, but when she finished, she was surprised when a Bahamian employee told her that she had understood. “You said Jesus is enough and that is why you don’t have a boyfriend,” the woman translated. The single mother was encouraged by the volunteer’s words. “I think it was the Holy Spirit helping her to understand,” said Ning.

Chinese-speaking crewmembers were able to connect with several local families over the course of the ship’s visit, but Ning sees her unexpected involvement that day as God’s design.

Published: Wednesday, 26 July 2017
Credit: Rebecca Gaasrud
© 2017 OM International This email address is being protected from spambots. You need JavaScript enabled to view it.

Freeport, The Bahamas :: Volunteers use a drama and illustrations to teach children at a police summer camp about God's desire for a personal relationship.

Freeport, The Bahamas :: Logos Hope makes her inaugural visit to Freeport, following up on sister ship Logos II's time in the port in 2008.