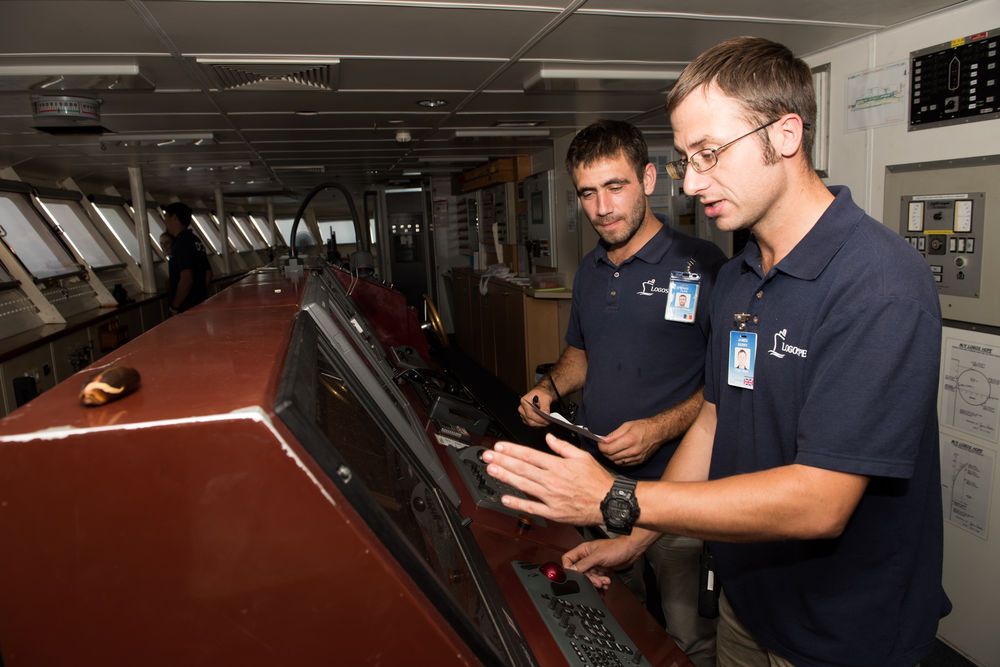 Her captain, Arne Johansen (Faroe Islands), first began tracking what would become Hurricane Irma when it was off the coast of West Africa. “They start off slowly; they do not start off as a hurricane,” said Captain Arne of the storm. “It starts off as a current disturbance that moves into a cyclone formation – either a tropical or sub-tropical depression. Then it moves into a storm: a tropical storm and then into a hurricane.”

Logos Hope’s bridge crew tracks weather using reports from the National Oceanic and Atmospheric Administration (NOAA), an American scientific agency that monitors the condition of the oceans and atmosphere. “We check NOAA twice a day, sometimes more often as the storm gets closer,” said Captain Arne. “Hurricane Irma has developed from ‘just’ being a hurricane to being a Category 5 hurricane. NOAA says it is the most severe hurricane it has ever tracked, at least in the Atlantic.”

Captain Arne has been in the path of a hurricane before: “If they move fast, they don’t build up that much, but if they move slowly, they grow. Sometimes they can almost stop and then they can start moving with full power.”

The captain’s primary consideration is the safety of his crew and vessel. While Hurricane Irma was tracking to pass over the north of Hispaniola – the island the Dominican Republic shares with Haiti – severe wind, floods and swells in the southern port city of Santo Domingo could have caused Logos Hope’s mooring lines to snap; with the potential that the vessel could break loose and run aground.

Deciding that it was wisest to leave the port until after the storm had passed, Captain Arne charted a course 150 nautical miles due south towards Venezuela. Once out in the middle of the Caribbean Sea, Logos Hope drifted through the night alongside three container vessels, escaping the worst of the weather system as the captains kept watch over the developing cumulus clouds and swells. As swells increased in size in the morning hours and the ship began to rock, Captain Arne made the call to start the engine and begin a slow passage back to Santo Domingo.

Just prior to her arrival in the Dominican Republic, Logos Hope had taken on fuel oil and diesel oil in a technical stop in Jamaica. This gave the ship sufficient fuel to last until her scheduled port call in Bridgetown, Barbados in November. While this new voyage to escape rough weather was unexpected, Logos Hope has the necessary resources and is also using oil sparingly, by only running one of her four engines.

Captain Arne plans to return to Santo Domingo port on Friday 8 September, and the ship will reopen to the public as soon as possible. Crewmembers are eager to resume the work they had started in the port city and are also looking forward to welcoming their new shipmates: 111 volunteers are currently being trained on shore in the Dominican Republic, ready to begin their two years of service on board Logos Hope.

Published: Saturday, 09 September 2017
Credit: Rebecca G
© 2017 OM International This email address is being protected from spambots. You need JavaScript enabled to view it.