Praises in the storm 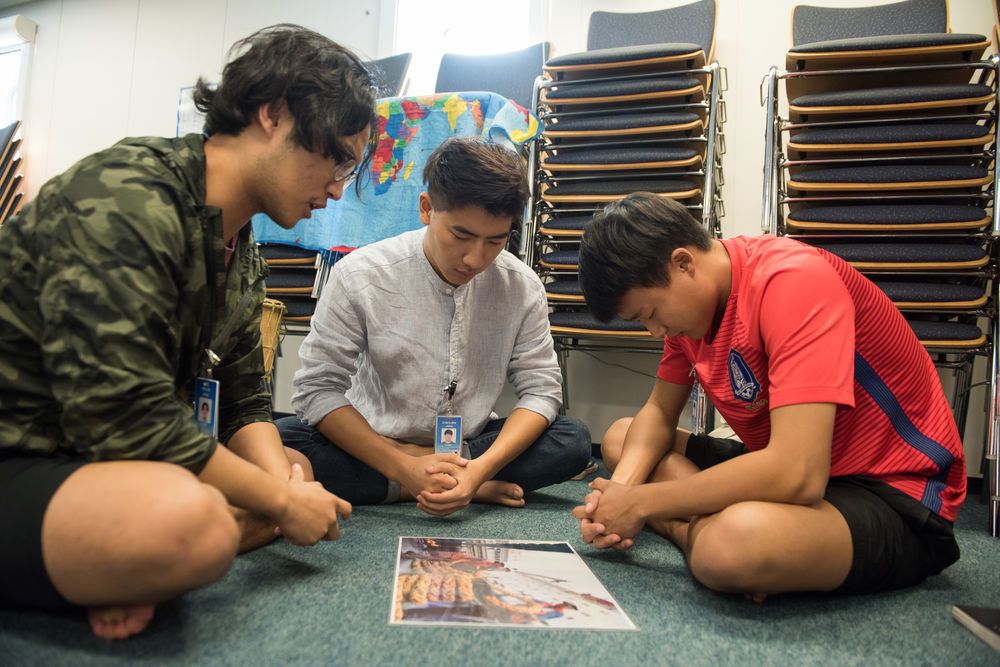 When Hurricane Irma’s path threatened to bring severe weather systems to the Dominican Republic’s southern city of Santo Domingo, Captain Arne Johansen (Faroe Islands) charted a course and Logos Hope left port to seek safety at sea. Crewmembers had a full calendar of onboard events and onshore outreaches planned for their three and a half weeks in the capital city, but due to the unexpected voyage, several had to be cancelled or postponed until a later date.

Looking to do something productive with their time, 16 volunteers turned to the onshore events team coordinators. Boyd Srisakunphaet (Thailand) planned a worship and prayer meeting and invited people to join. The volunteers spent time singing and talking about the characteristics of God that they find praiseworthy. Many people also shared things that God had placed on their hearts. “I appreciated hearing the thoughts of people I wouldn’t normally hear from,” said Hannah Davison (Australia).

The crewmembers also spent time in prayer. “We prayed for one another and the entire ship community, for different departments on board, and for the hurricane that was hitting the Caribbean,” said Boyd.

“I think people often feel scared to pray because they don’t realise how easy it is and how quickly the time passes,” said Hannah. “We started at two and finished at five, but it was not enough time,” said Boyd. “We could have continued.”

Many of the volunteers found spiritual refreshment from the time spent in prayer and worship. “It is easy for people to get stuck in a routine and then they don’t have a fire for why we are here,” said Boyd. He was encouraged when several crewmembers made the choice to rededicate themselves fully to the work of the ship.

Published: Tuesday, 12 September 2017
Credit: OM International
© 2017 OM International This email address is being protected from spambots. You need JavaScript enabled to view it.