Meet the world, behind the scenes 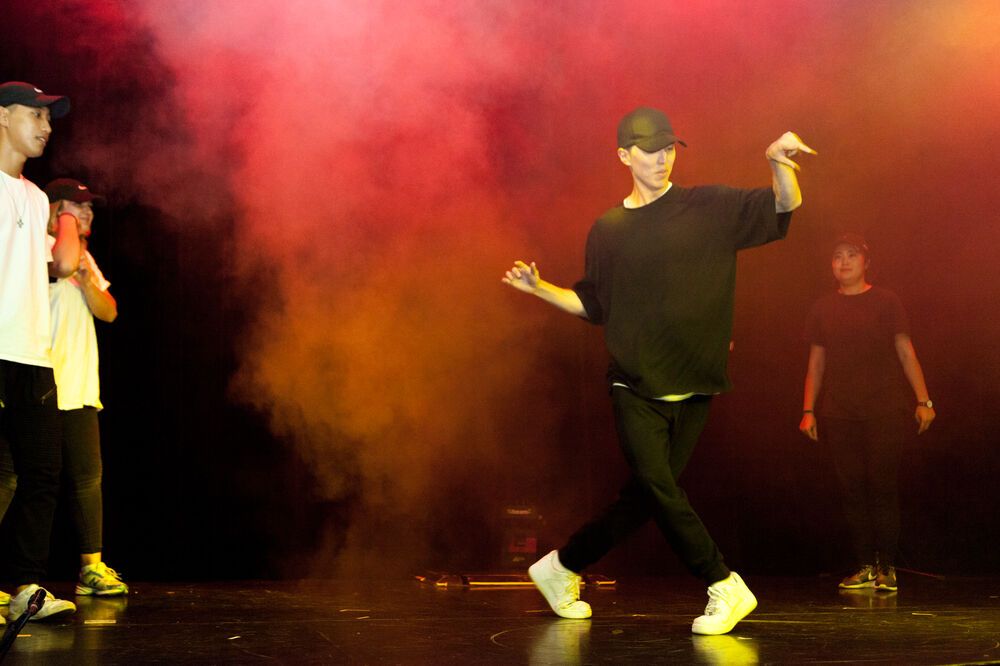 Mexico: Coatzacoalcos, Mexico :: Crewmembers perform Hip Hop dance as part of an onboard event.
'Meet the World' is an event for the public that takes place on board Logos Hope and showcases the multicultural crew’s diversity and talents. Their various gifts are demonstrated through dance, spanning genres such as Hip Hop, Korean Fan Dance, Bollywood and Hula/Haka; as well as through music, from percussion to African choir and Ankglung –  a rare musical instrument from South East Asia.

What the audience does not get to see is the crewmembers’ preparation before and after their public performances, behind the curtain. Their preparation, excitement and nervousness are not always revealed – nor is each crewmember’s story about why they perform.

Megumi Yonezawa (Japan) is part of three different performance groups on board and appeared on stage in two segments in the event in Coatzacoalcos: the percussion drum playing and a joint Hula/Haka dance. “I felt excited, I’m always excited to see people’s reactions because they are very good, especially to the percussion,” said Megumi. Audiences shout and cheer as the drummers invite them to enter into the high-energy rhythmic set. “People have different talents," continued Megumi. "Some can speak on stage very well, but it isn’t for me. I feel happy dancing and performing, I don’t feel nervous at all, and I think ithat comes from God. That is why I want to share this joy.”

One 'passion group' (or hobby club, whose members learn skills together and perform them in their ministry) which awakens general curiosity is the Ankglung group. It is led by Benny Lin (South East Asia), who explained that this instrument – which only exists in his region of the world – is made out of bamboo and it takes several people playing together to make a tune. Each instrument plays one note, and people play one or two instruments by shaking them. “Depending on the level of the players, you can play music with five people or ten,” Benny said.

For Melisa Balliu (Eastern Europe), this was her first time dancing on stage as part of the Hip Hop group, as well as her first time participating in this event. She was full of emotion and unsure before going on stage, but said later that she felt happy when her group finished its performance: “I really felt like myself, watching the lights, watching more than a hundred people watching us performing there. It was an amazing experience and moment. I was honouring God with my gift,” smiled Melisa.

Published: Friday, 06 July 2018
Credit: OM International
© 2018 OM International This email address is being protected from spambots. You need JavaScript enabled to view it.