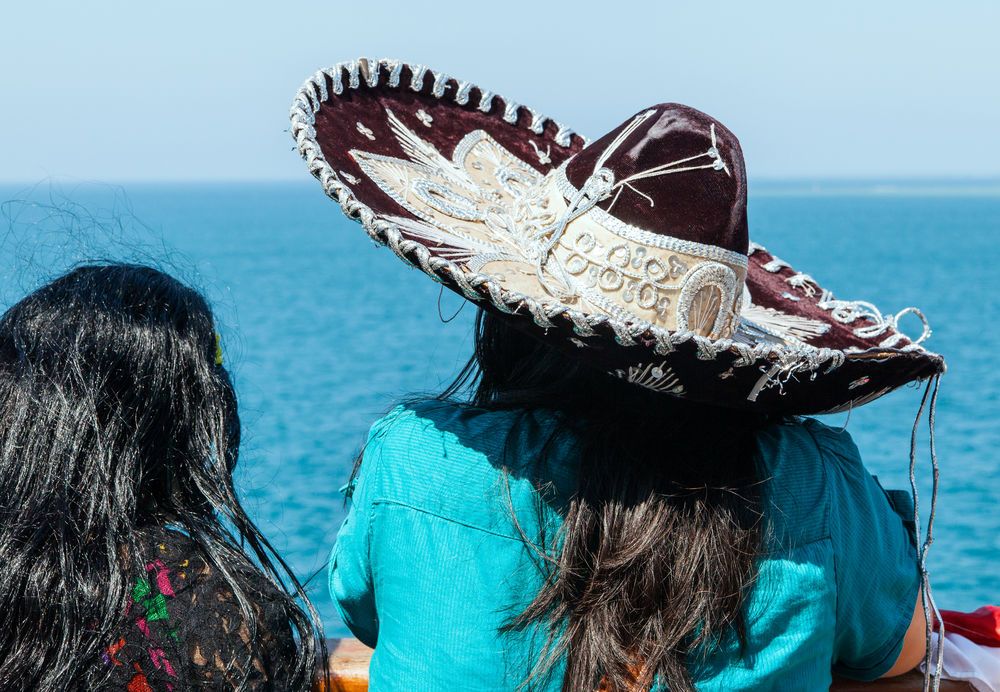 Mexico: At Sea :: Crewmembers wait on deck as Logos Hope arrives in Mexico.
Logos Hope’s visit to Mexico was the first in 15 years for one of OM’s ships; beginning in Veracruz in March 2018 and leaving the country four months later, from the port of Progreso. Expected visitor numbers were surpassed and records were broken as people were drawn to the vessel and the events held on board. Around 3,000 people signed up to get involved with global mission.

When preparing for Mexico, the scene that was painted to Logos Hope's Public Ministries Director Augusta Davin (USA) was that the Church in general may not be as aware about mission and what it means to be mobilised. This proved to be true in some cases, she says. But Augusta explained: “The Church has actually already come to a place where they realise they don’t know a lot about missions, and they have been very receptive to hearing more. And not just hearing more and learning more, but doing more.”

Many Christians expressed their understanding that they need to be part of a mentality where they are ready to ‘pray, give and go’. Augusta explained that some churches are too small to send missionaries by themselves, but local pastors realised that if they unite, they can then find members who are ready to go and will be better able support them together.

“The Holy Spirit was working on those pastors’ hearts before even our advance preparation teams arrived on the scene; for them to go from not knowing to being almost fully engaged with sending someone into mission,” reported Augusta. She was also encouraged to witness churches explaining that they did not have a lot to give, financially, but were willing to support with the little they had – and with each person giving a little, a lot was offered in the end.

Resourcing associate area leader for OM Latin America, Julie Paniagua (USA), explained that believers were challenged to see beyond their own community. “The number of Mexican volunteers, ambassadors and tour guides who partnered with the ship in each port was impressive," said Julie. "All together it was around 300 people, who are passionate and ready to get involved in missions.”

While it will take time to bear fruit and much of the ministry's effect may not be known in the here and now, one measurable result which Julie praises God for is that He touched the hearts of people in one church in particular. Not only did they give USD $700 in their first offering for mission work, but the pastor also committed to sending a team, alongside two other churches, to a least-reached country to see how they could work together to make an eternal impact.