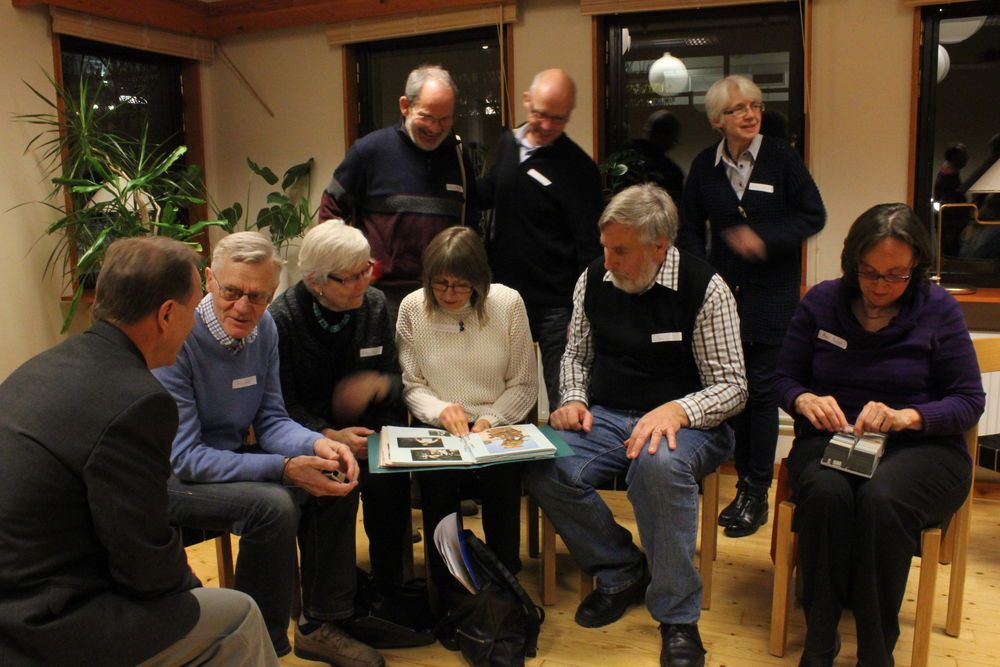 Recently, more than 70 Scandinavians who have served with OM Ships gathered to commemorate the ministry and their time on board. Those present represented all phases of the Ships’ history: from Ingemar, who was a First Mate in the 70s aboard Logos, to Emma who finished her time with Logos Hope just one and a half years ago.

With an attitude of thanksgiving and expectation, participants reflected on the past and gave thanks to God for what He has done. Peter Nicoll, OM Ships International CEO, spoke about the challenges the Ships’ ministry faces, both now and in the next decade.

Personal testimonies of life-changing encounters with God and with others were shared publicly and in private conversions around the banquet. They also had a chance to look through photo albums and memorabilia from their time on the ships.

“This was the best reunion of this type that we have had," said Martin Ström, field leader of OM Sweden, after the event. "I want those who have been a part of this ministry to feel how much we appreciate them and to be encouraged to continue to partner with us.”

Another, Berit Thomsen, said, “Thank you for a fantastic weekend. I am proud to have been able to be with OM for many years.”

Peter Nicoll thanked OM Sweden for hosting the event and said, “Every single person I talked too was so encouraged and blessed to be there.”

Published: Wednesday, 02 January 2013
Credit: OM International
© 2013 OM International This email address is being protected from spambots. You need JavaScript enabled to view it.