A new life without alcohol 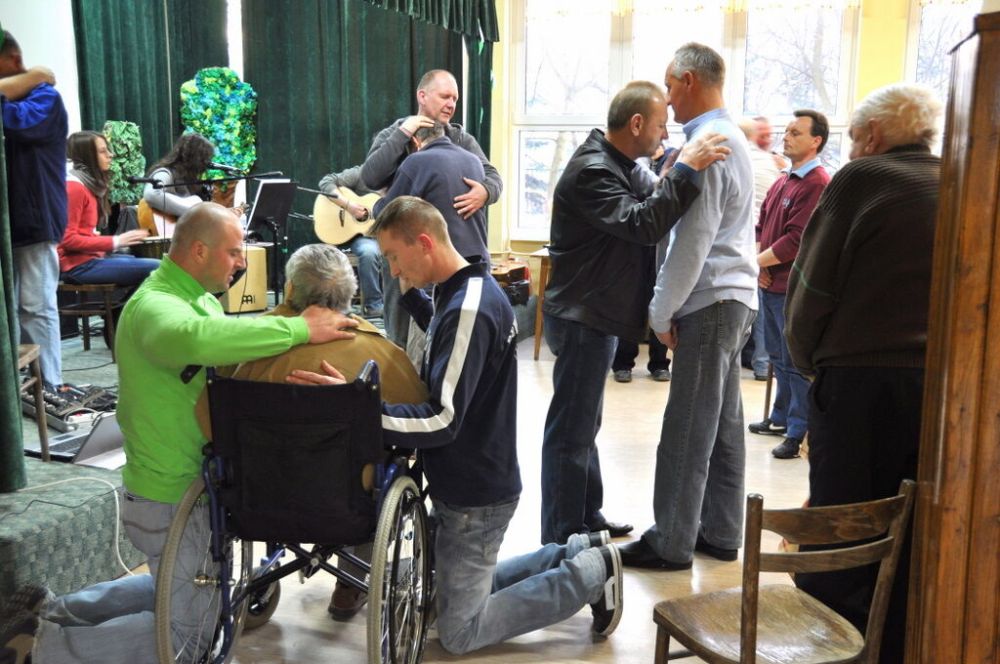 Poland: New Life Ministry - weekend outreach
Alcoholism is a huge problem in all generations in Poland, amongst both men and women. Polish surveys have shown that in the country’s population of about 40 million, about 860,000 people are addicted to alcohol. Additionally, The State Agency for the Prevention of Alcohol-Related Problems in Poland estimates that the number of young women drinking alcohol is increasing.*

In 2012, New Life ministry, under the leadership of an OM Poland team member, started a hospital ministry in Plock. The team was surprised to see so many female patients undergoing detoxification for alcohol addiction.

Aneta was one of these women. Though only 24, she looked over 40. Her parents were alcoholics and she had followed in their steps. Heavy alcohol consumption caused serious damage to her brain and she could no longer take care of herself. In the last few years she had been living on the street and surviving on garbage.

The team invited her to their New Chance weekend meeting with a few other patients. When she heard testimonies of how Jesus had transformed people’s lives, she knew it was what she wanted, and she received Jesus as her personal Saviour.

With her serious alcohol addiction, though, it would not be easy for Aneta to start a new life without a solid support group. The team helped her make arrangements for admittance to a Teen Challenge Christian rehabilitation centre. Besides therapy, she would also attend Bible study and Sunday services.

One morning, after receiving instructions and money for the train ticket, Aneta travelled the 350 kilometres (about 220 miles) to the centre. That evening, there was no sign of Aneta at the centre. The team thought she might have changed her mind and slipped back into her habit.

The team was shocked later to receive a call from the centre informing them that she had arrived two days late. When Aneta had got off the train in the nearby town, she was confused and didn’t know how to get in touch with the centre, which is located in a remote forested area. Without money or any idea where to find the centre, but with strong determination, she began walking and wandered in the forest for two days. Staff driving to the centre spotted her lying by the roadside covered in leaves.

Aneta has now been at the centre for five months and has completed half of the programme. The staff have informed the team that Aneta is a completely new person and continues to grow in the grace and knowledge of Jesus.

* The State Agency for the Prevention of Alcohol-Related Problems: http://fas.nazwa.pl/parpa_en/basic-polish-data/52-basic-trends-pertaining-to-alcohol-use-in-poland

Published: Thursday, 20 December 2012
Credit: OM International
© 2012 OM International This email address is being protected from spambots. You need JavaScript enabled to view it.

From church planting to world missions

God sets a young Polish man free from drugs and enables him to forgive his father who abandoned him.

God opens a door in a juvenile correctional home.

After hearing about God as a child, Ania reconnected with OM ten years later to learn more and share the truth with her family.

Zosia and Monika couldn’t find an addiction therapist within a 60 kilometre radius of their town, so they became therapists themselves.