Is there hope for the Dema people? 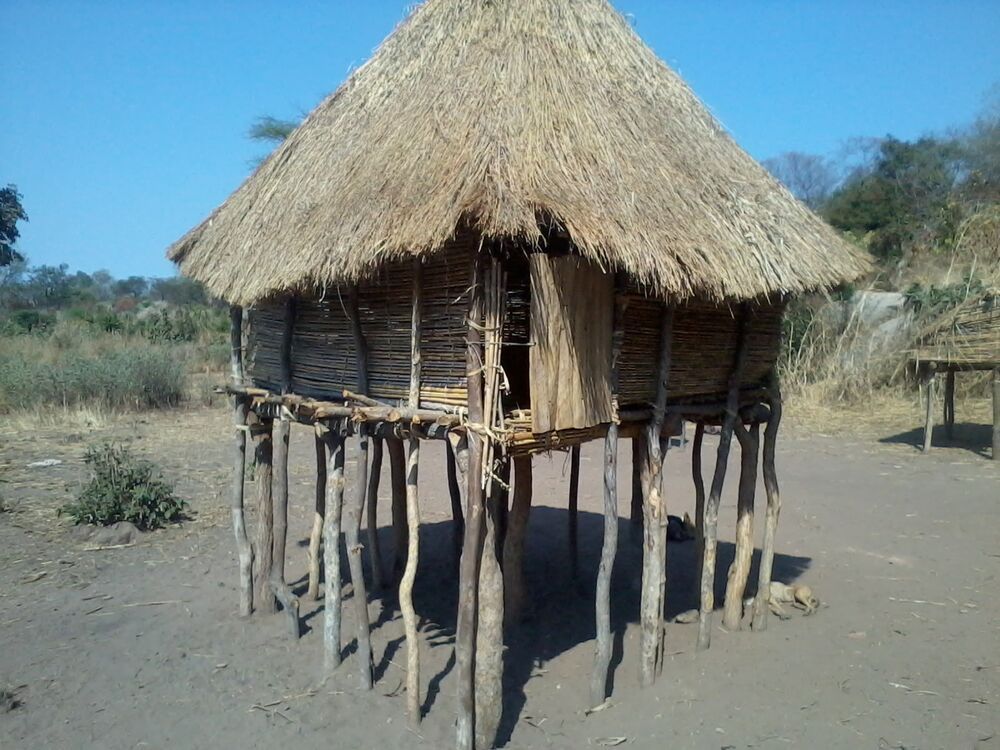 Zimbabwe: The Dema People of Zimbabwe build their houses up to avert predators
After hearing stories about the Dema people in northern Zimbabwe, OM worker Simon Marijani took an opportunity to visit the remote area to learn more about the people and their needs. Here he reflects on his exploratory trip.

Concerned that I had lost contact with my host, I asked a local whether he knew my host’s residence. “Jonah* lives across the river,” he answered. “It is dangerous to go there at this hour. There are lions on the prowl.” A cold chill ran down my spine, but before I could suppress the thought, someone else said, “You are a pastor; don’t worry, we will ask the Forward in Faith Church pastor to accommodate you for the night.”

Ten minutes later, in the comfort and safety of the pastor’s house, I heard noises that were similar to those I’d heard on the National Geographic channel. I recognised the noises to be those of hyena’s laughing and foxes howling, yet that sound was soon drowned out by the beating of drums and metal objects. I wondered what it was and said a silent prayer before I slept.

The next morning my host, Jonah, came to fetch me. We made it to Jonah’s residence after one and a half hours of walking. Along the way, Jonah told me that lions, elephants, leopards, buffalo, hyenas, foxes, jackals, leopards, and all sorts of wild animals roam freely in the area. Villagers beat drums and metal objects at night to scare away buffalo and elephants, which are attracted by maize in the fields. He added that sometimes people are killed by lions—five people were killed in this way in 2012.

Prior to my visit, I had heard that the Doma people were a secretive tribe, in which the majority have only two toes on each foot. The rumours continued that the Doma are nomads who live a hunter-gatherer life, and that they wear animal skins. At the sight of “modern” man, it was alleged that the Doma would disappear, which was believed to be the work of African magic.

When I heard these stories, I was touched and started looking for an opportunity to visit the area. At OM Zimbabwe, we mobilise the church to send workers to make disciples of all nations. The Doma people, from the stories, seemed unreached or unengaged, which is why I decided to make the trip.

Reality of life for the Dema

The Doma people live in Kanyemba, the northernmost spot on the Zimbabwean map. It lies in the Zambezi Valley at the point that separates Zimbabwe, Zambia and Mozambique. Three people groups live in Kanyemba: the Chikunda, the Shona and the Doma.

For my first visit to a Doma village we went to Mariga, but we did not find many people there. We were told that many had gone to the fields or the mountains to look for food. On the second day, we visited another village, but it was deserted. The people had migrated to another village, called Chiramba. On the third day, we set off to Chiramba village, and it was here that we met the Doma.

We met Mr. Because Tarabuku, who explained to us that the real name of his people group is not Doma, as they are commonly known, but rather Dema. He added that the name Doma is just a mispronunciation of Dema, which means “darker ones”, because of the darker shade of their skin.

At this stage, we had established that not every Dema has two toes, as we had been made to believe. In fact, out of about 400 people we met, only three were two-toed, which was the result of a genetic defect.

We also found that some children as old as 10 did not wear any clothes. This, I understood, is not a lifestyle choice but a manifestation of abject poverty. Quizzed on what he knew about Jesus, Mr. Tarabuku answered that he had heard that He was a good man, but that He prohibits smoking or drinking alcohol. He added that his people believed in God, whom they worship through offerings and appeasement of ancestral spirits.

We also established that the Dema find subsistence difficult. Previously, they had lived in caves, and their lives consisted of hunting and gathering food. Unfortunately, the area is now a game park—Chewore National Park—and is controlled by safari owners. This means the Dema are not allowed to hunt anymore.

Mr. Tarabuku explained that his people are often harassed by game rangers, which is why they run away from strangers. He also complained that the neighbouring tribes were “stealing” Dema women because they are regarded as safe from HIV and AIDS, since theirs is a closed society. He added that the challenge with the intermarriages is that their culture and identity becomes threatened.

I saw during the trip that the Dema people’s future is bleak. Austere hunger and starvation is ever present. They exist on land that could be productive if put to good use with the right skills and equipment; unfortunately, their lack of skill means they must work in other people’s fields. Chief among their physical needs is training in farming, food aid, clothing and help with school fees for their children.

The three churches in the area complained that the Dema are difficult to reach with gospel. The churches have since been successful with the Chikunda people, while the Dema are left trapped in the worship of ancestors.

The Dema and other tribes like them need the good news. Is there any hope for them?

Published: Wednesday, 23 October 2013
Credit: Simon Marijani
© 2013 OM International This email address is being protected from spambots. You need JavaScript enabled to view it.