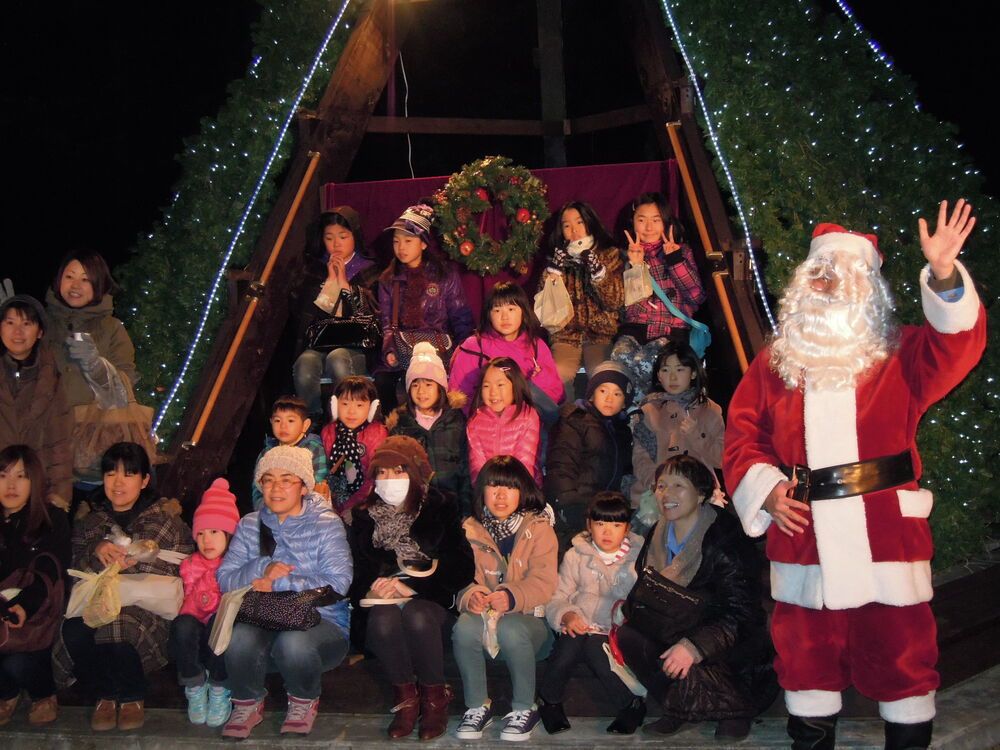 Japan: A short term worker from Hong Kong dresses as Santa Claus, to share the message of Gods love with Japanese passers-by. The positive response he receives encourages him to pray for Japan.
"This was my first trip to Japan, a place whose language was Greek to me – a humbling experience that told me I had literally nothing to boast about except total dependence on God!" said Leung Wai from Hong Kong, who joined a short-term mission trip to Japan in December 2013.

To present Christian literature to passers-by, OM Japan's short-term team put on different costumes; Leung dressed as Santa Claus for the first time in his life.

"The local Christian workers told us the usual response of Japanese was indifference," said Leung. "However, they seemed glad to greet Santa with warm smiles, as if it had been a long while since anyone had shown them any kindness. Some were deeply touched after reading the Gospel message."

Amidst colourful adverts on the streets, brisk rhythmic music and the appealing aroma of good food, the team prayed for Japan. In the temples and residences of their various deities, they saw many people numbly worshipping, with a sense of lost desolation and despair hidden behind the facade of fervent idolatry. Leung felt even more burdened to pray for the people.

Asking a local OMer why the Japanese have persistently resisted the Gospel for hundreds of years, Leung learnt that they have always prided themselves of their virtues. They had yet to experience the greatness of God through Jesus Christ, which is something that only prayer and God Himself could do.

Do you have a heart for Japan? OM Japan is looking for church workers to reach the millions of Japanese who do not yet know Jesus. Non-Japanese speakers will spend one or two years in language study, combined with relevant ministries, such as teaching English and music ministry. You will also work with local churches, participate in the life of the OM team and help host church services, mid-week prayer meetings and church programmes. For more information, contact This email address is being protected from spambots. You need JavaScript enabled to view it..

Published: Friday, 04 July 2014
Credit: OM International
© 2014 OM International This email address is being protected from spambots. You need JavaScript enabled to view it.