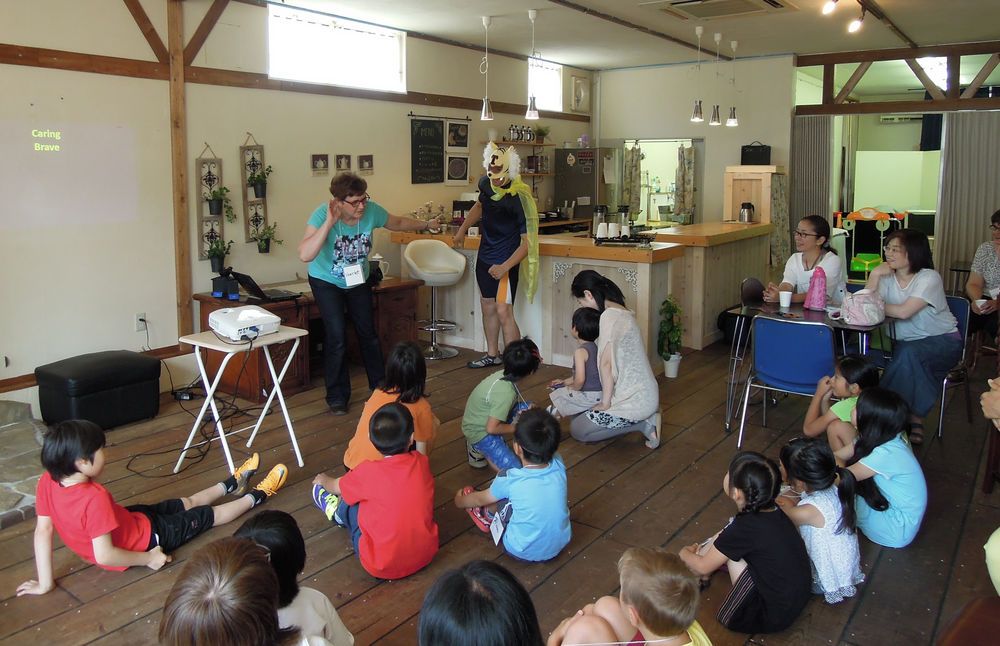 “My dad is!” shouted one boy, thus paving the way for Harriet to talk about how superheroes should be our role models too. “Jesus is my superhero,” added Harriet. “He was the perfect role model for us all.”

In 2012, Harriet and her husband, Hannes, moved to Japan to work with Hope House, a ministry comprising a church, restaurant and English café set up by a Danish woman in Kanazawa. With a desire to offer a monthly English class for primary school children and their parents, they established The Eagles Children/Parent Event a few months later. While they needed at least six people to register for the event, only one child and her mother registered. Harriet and her team brought the matter to God in prayer.

“For the next two months, only Yuika and her mother attended,” said Harriet, “[but] we decided that we would take the time to make these events special, [so as to] share God’s love – even if for only one child.”

Over the next few months, seven children and their parents registered, and as the team shared the Gospel through interactive stories, crafts and songs, more children and parents started to join.

One day, a reporter from a local magazine called Harriet for an interview; they had heard about The Eagle Children/Parent Event and were willing to advertise it for free. On the day the magazine appeared in the stores, people started to call to register. More than 21 children have since registered. Including parents and staff, 41 people now regularly attend!

From 26 - 28 July, families from The Eagle Children/Parent Event have been invited for a camp in Karuizawa. Pray for guidance as the team shares about the characteristics of the eagle, and for open hearts as they present God’s love through words and deeds.

Published: Thursday, 10 July 2014
Credit: OM International
© 2014 OM International This email address is being protected from spambots. You need JavaScript enabled to view it.