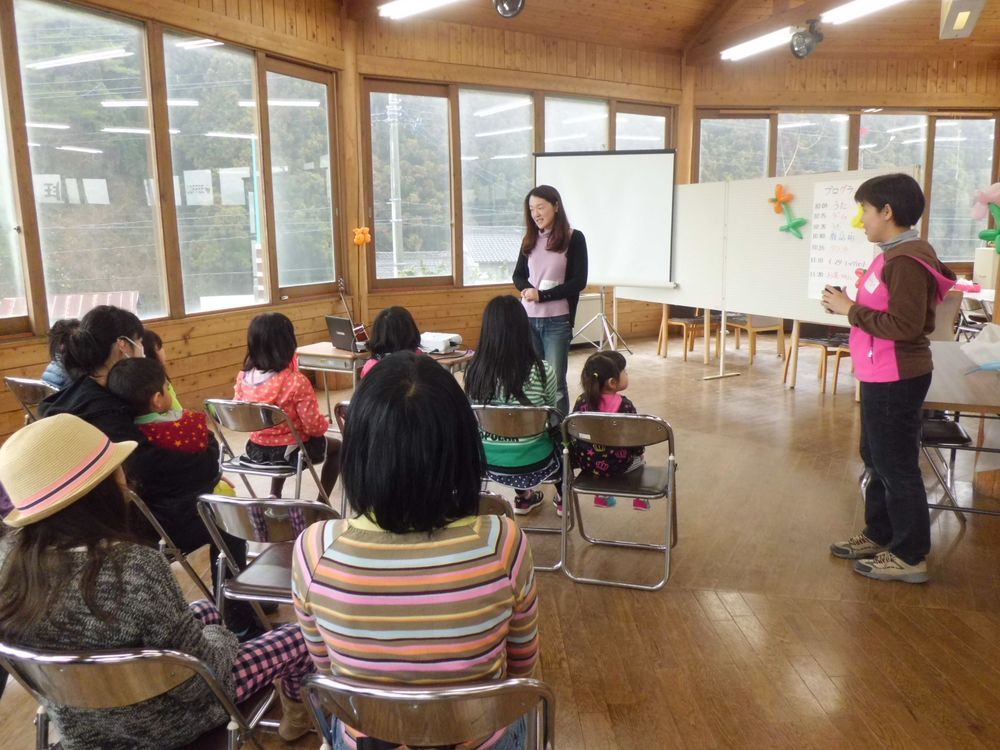 Japan: OM Japans ministry called, 4 Friends Network, organised an Easter event for children in Tome City.
Responding to God’s call to reach out to survivors of the earthquake and tsunami in the Tohoko region in 2011, OM Japan started a ministry called 4 Friends Network in Miyagi prefecture two years ago. The name is derived from a well-known Bible story in the Gospels in which four friends help a paralyzed man to seek healing from Jesus.

The ministry started when a team moved to a small town called Tome and spent time in prayer. After a few months, God opened doors for them to connect with local pastors, Christian workers and other residents. This enabled them to work with those still living in temporary housing and various institutions, such as a home for the mentally challenged as well as elderly care facilities.

Currently, the team consists of a family of five from South Africa and Japan and a single lady from Malaysia. The work focuses on Tome and the surrounding villages that were affected by the tsunami in 2011, like Motoyoshi and Minamisanriku.

Recently, the 4 Friends Network started a Bible café in Motoyoshi for locals to have tea and chat while listening to songs and stories from the Bible. Being from Africa, OM worker Stephan Smithdorff also started a project to collect old clothes for children in Namibia.

In Tome, the 4 Friends Network was offered the opportunity to use the second floor of a shop building at a Michi-no-eki for regular events. Michi-no-eki are government-designated rest areas found along highways in Japan.

In April, the team organised a series of events to bless the local community and to share about the meaning of Easter. A local ventriloquist and two ladies from OM Japan from Ishikawa spent two weeks in the tsunami-affected region doing ministry among the elderly and the young.

During the children’s event held at the Michi-no-eki, the children learnt English songs and heard the story of Easter while playing games and experiencing their first-ever Easter egg hunt with chocolate eggs from Switzerland. One of the ladies did balloon sculpting for the children and taught them how to make a colourful bead bracelet relating to the Easter story. The children and their grandparents who brought them seemed to thoroughly enjoy the programme.

Afterwards, the 4 Friends Network’s members took the visiting team to a centre for the physically and intellectually challenged. The people enjoyed singing old Japanese songs and listening to the Easter message.

Michelle Tan, one of the OM ladies, shared that one of her highlights was to see the smiles on the people's faces, especially when the elderly were singing the old songs and when they listened to the Easter story through the conversation with the ventriloquist's puppet.

“Compared to Christmas, the reason for Easter is less made known to the people [in Japan]. It is a good opportunity to share the Gospel. The hand puppet was also a rare treat for the people, many of them seeing it for the first time,” Michelle said.

The staff at these elderly care facilities, day care centres and other facilities commented that the number of volunteers that come to support them has dwindled over the months. Hence, they really appreciated the effort of everyone in OM who were involved in the Easter events.

Throughout the two weeks, Michelle and the other team members could clearly see the need for support of the elderly from people who really care for them. 4 Friends Network would like to help restore true joy in people’s lives by building relationships and sharing God’s love with those still suffering from the effects of the disaster that took place in that area four years ago.

Please pray for OM Japan’s 4 Friends Network ministry in Miyagi. They encourage small teams from abroad to serve alongside them. If you’re interested, please get in touch with your local OM office.

Published: Thursday, 04 June 2015
Credit: OM International
© 2015 OM International This email address is being protected from spambots. You need JavaScript enabled to view it.