Victory over death in a cemetery 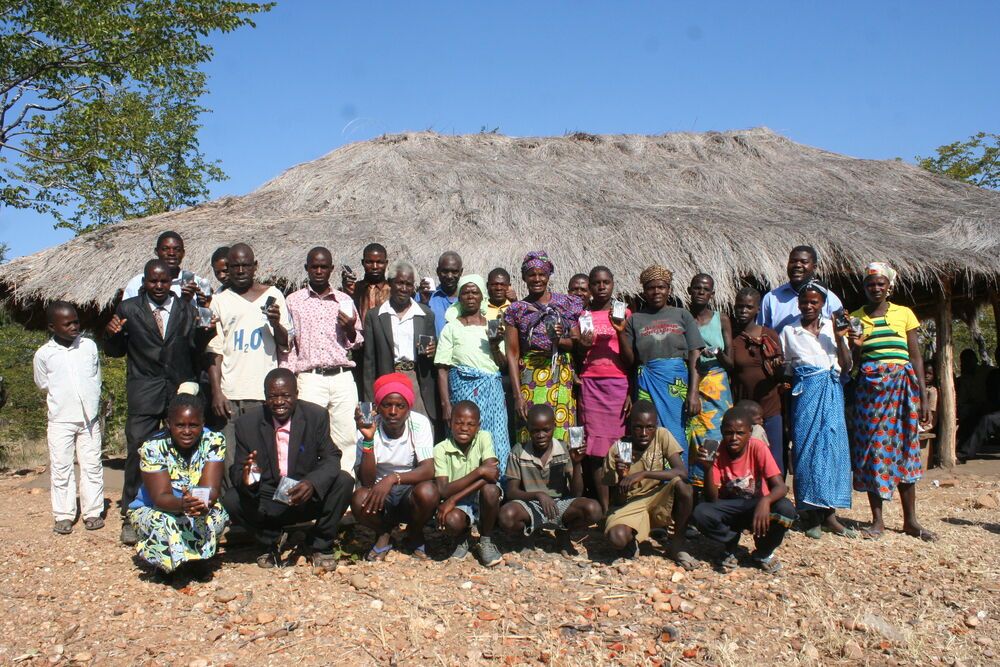 Zimbabwe: The Doma people are in transition from a nomadic life to a settled one. Without education, they cannot read the Bible for themselves but a gift of Audio Bibles from OM Zimbabwe allows them to have scripture.
The story of the Doma people reads like a legend. Many Zimbabweans cannot grasp the thought of some of their fellow citizens belonging to a secretive, semi-nomadic community of people who bolt into the bush upon sight of an outsider. Some Zimbabweans stagger at the report of compatriots who have never entered the gates of a clinic, never seen the door of a classroom, and never ridden an engine-powered machine.

For decades, the Doma people hunted game and gathered fruits in the hills that are now part of the Dande Safari Area in Kanyemba. The tribe knows where the gnu and kudu frolic, but they are no longer allowed to hunt. They are thus caught between their former lifestyle and “modern”, settled living.

Upon arrival at the cemetery, members of the outreach team were shocked to find that the grave had not been dug yet. They later learnt that the Doma traditionally do not bury their dead, but instead either put the corpse in a cave or cover it with logs and move to another area. However, in their new shared settlement with the Chikunda people, the Doma have been forced to start burying their dead.

“It was a culture shock for me. I thought they would have sent an advance group of men to dig the grave,” remarked Paul*, the outreach team leader. “But then it hit me! The Doma usually run away when we visit, but the funeral forced them to assemble. Even more, the situation of an un-dug grave meant an opportunity to help practically and, moreover, to share the Gospel with a larger gathering.”

The team patiently explained the Gospel while some helped dig the grave. More time was required to teach and explain the Gospel, since it was the first occasion for some of the Doma people to hear the Gospel. In the end, 16 people indicated making decisions to follow Christ.

“It was a beautiful sight to see people opting to be born again in the cemetery,” remarked another outreach participant. “It was a symbolic victory over death.”

The sixteen people who made decisions to follow Christ were later presented with audio Bibles, since they cannot read. Please pray they faithfully listen to the Scriptures, and that they will grow in the knowledge of the Lord.

Published: Tuesday, 25 August 2015
Credit: OM International
© 2015 OM International This email address is being protected from spambots. You need JavaScript enabled to view it.