Ega and the house 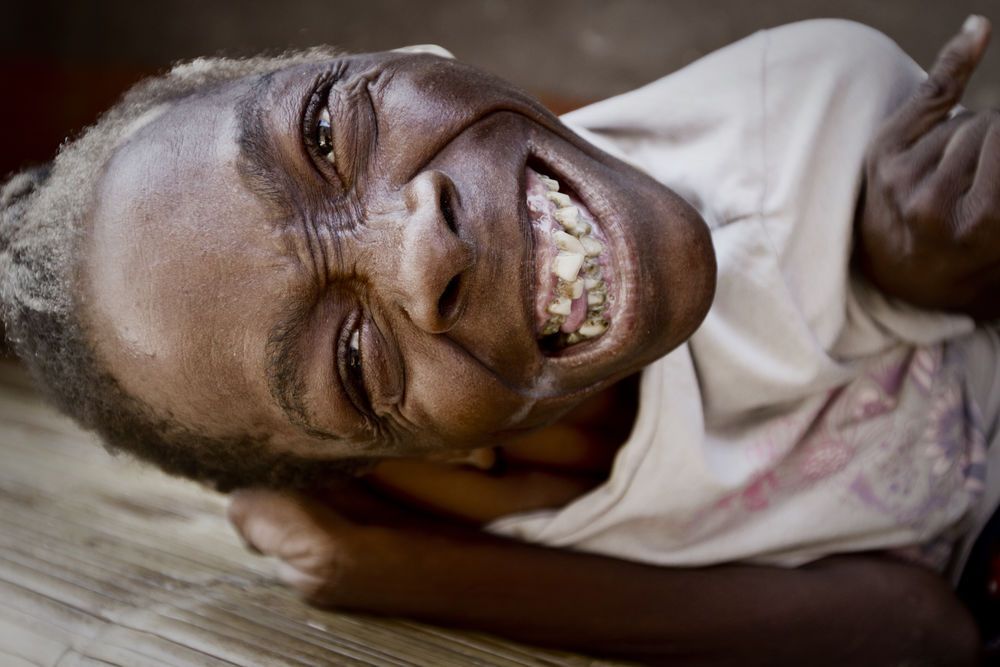 Zambia: OM Lake Tanganyika helped build a new house for Ega and her mother.
Few things shine brighter than Ega when she smiles.

The fifth daughter in her family, Ega was born in September 1981.

At just four days old, Ega got yellow fever, an acute viral disease transmitted through mosquitoes. Rodan, Ega's mother, devotedly nursed her daughter back to health, dripping fluids into her mouth to keep her alive.

She survived, but at the developmental stage when Ega should have been moving around and sitting up, she was unable to do anything more than wiggle. Soon after that, Ega's father declared he wanted a divorce and left the family.

Rodan had no family in the village where they lived so she decided to move to the outskirts of Mpulungu. The area was mostly bush when they arrived, but now it is a busy, growing community.

Rodan sells small bags of cassava (a starchy, tuberous, root) and a course corn flour called maize mielie-meal in the market. While she is out, one of her other daughters or a neighbour girl watches Ega, who usually lies on a mattress on the front porch. The mattress was a Christmas gift from the Lake Tanganyika team a few years ago, before that, Ega lay on a reed mat.

Though Ega cannot speak, she communicates through grunts; making a noise when what she wants is said. Her limbs are curled tight to her body and are stick thin, but she stretches them out to emphasize a point or to tell her sister to move out of the way.

This concern was not unreasonable, as the roof ignited one day when Ega was alone inside. Neighbours saw the fire and carried Ega outside to safety before dousing the flames.

Concerned for Ega's safety while the rest of the family was outside working during the day, Rodan prayed for a safer house. God answered her prayers through a former OMer who had visited Ega in the past and, after hearing about the situation, sent funds to begin the building of the new house, right next to the current one.

Construction started in October 2015, and the iron roofing sheets have been secured in place.

Funds are still needed to plaster and paint the house.

One day Rodan dreams of having electricity installed to power a fridge so she can sell cool drinks. This would allow her to stay closer to Ega, and not have to move around as much as her knees pain her.

Ega and the new house

Though the house is still not complete, Rodan wanted to sleep in the new building one night. The following morning when she went into the old house she found Ega with tears streaming down her face. Unable to tell what the problem was, Rodan continued with the chores around the house.

Later, she saw that Ega had pushed herself off the mattress where she usually resides and onto the porch where she had then fallen off the step and lay crying. Trying again to ask what the problem was, Ega kept crying as Rodan carried her inside to change her clothes and wash her face.

Lifting Ega once again, mother carried daughter outside and into the new house.

As soon as they passed through the doorway, Ega started laughing and smiling; she had wanted to be in the new house too. Once inside she refused to leave for two days. She doesn't like when someone sleeps in the new house without her.

Published: Thursday, 07 January 2016
Credit: Rebecca Rempel
© 2016 OM International This email address is being protected from spambots. You need JavaScript enabled to view it.