A tribute: Passion for the church and for those outside 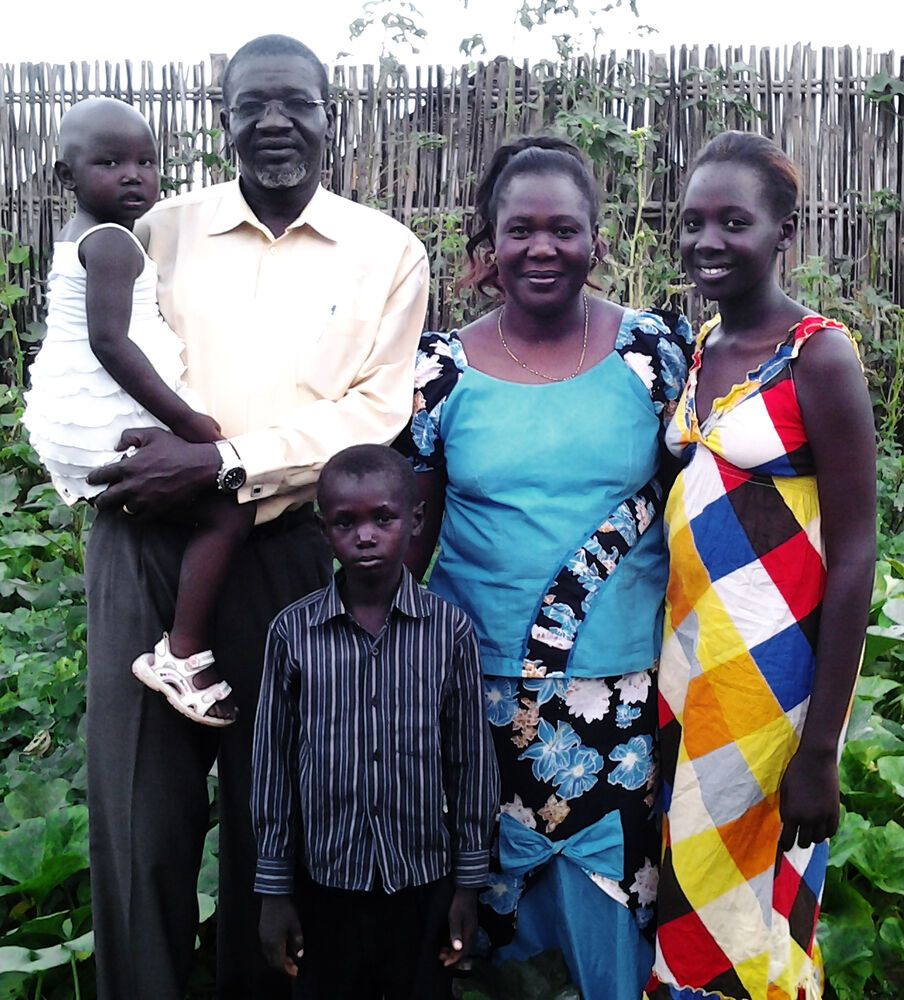 When the plane carrying the coffin of Rev. Iskander Loura Ali, field leader of OM South Sudan, landed in Juba, South Sudan, it taxied straight up to the terminal—an unusual occurrence according to Iain, area leader of OM Middle East North Africa, also on board the aircraft. There was no other place to park the plane, however, as up to 300 people were crowded onto the airport’s tarmac, waiting to receive Marie, Iskander’s widow, along with the pastor and leader they had lost.

A convoy took Marie and the coffin to the Juba's central Cathedral, where around 1,000 people crowded inside and another 2-3,000 gathered outside as overflow, watching the proceedings on screens and listening through speakers. “There was a time of great emotion. You had worship. You had dancing. You had deep sorrow and tears. You had people sharing testimonies. You had Bible readings, and people sharing about Iskander’s life,” Iain described.

In the early evening, there was a break and people had a chance to eat. Then, around 10 pm, an all night prayer vigil began, lasting until 7 am the following morning. This vigil was not marked by silence and candles, “as might be the case in some cultures,” Iain said. Instead, the remembrance of Iskander’s life involved worship, prayer, dancing, crying and sharing.

In the early morning, women went outside to prepare tea and a deep-fried dough bread to feed the thousand or so people who had stayed through the night. At 9 am, the formal ceremony began with “again this huge mix of emotions,” Iain remembered. “Worship because of Iskander’s life and the joy seen in him, but also this deep sadness of we have lost him.” An hour later, attendees filed past Iskander’s opened coffin, a last chance to see the late leader and pastor of many.

The burial took place on a plot of family land and again conjured a mix of emotions—of rejoicing, of sorrow, of weeping. “Iskander was a real father figure to the team,” Iain explained. “Leadership is different in that context than in a western context. A leader is a father. That’s been a huge loss to the team…and to many outside the team as well.”

A year before Iskander passed away, he met with other regional OM leaders and officers at an annual meeting. He shared his love for South Sudan and hope for its eventual God-given peace, despite the young country’s deteriorating security situation due to on-going conflict with rebel groups. Iskander talked about the blessings of worship and OM’s book ministry, the positive work happening in the women’s’ prisons and of conferences that, among other things, taught men how to share the Gospel with other tribes. “I want them to love each other in South Sudan,” he said.

One morning at the meetings, after an extended prayer time focusing on the names of God given in the Bible, Iskander reminded himself and others present, “God is the God who sees. God sees what is going on in South Sudan and God understands. By God alone, we can see the peace coming back to South Sudan, the peace that passes all understanding, the peace that God alone and Jesus gives.”

For Iain, the number of people present at Iskander’s funeral evidenced the impact he had on the church in South Sudan: “He was obviously very loved as a pastor. His preaching was really appreciated,” he said. “But you also wonder what takes a man and his family, who has this kind of status within the church… What would take someone like this, who has this status, who has these opportunities, but then he goes to serve with OM in Syria in the past and then in Libya?”

“You realize, actually he was concerned for those who were outside the church, who didn’t know Christ, and I think that was a great testimony,” Iain stated. In total, Iskander served with OM for 27 years, including time spent in north Sudan before the separation, in Syria, in Libya, in Jordan and in South Sudan.

“He had this passion for the church and also for those outside the church,” Iain said.

Iskander’s passing is not the first challenge to confront OM’s team in South Sudan, the world’s youngest country. Prior to the 2011 separation of Sudan and South Sudan, the team had all been serving in the northern city of Khartoum, and then were forced to leave, abandoning most of their belongings. In South Sudan, team members had to start afresh, in some cases building homes from mud. Two and a half years prior to Iskander’s death, OM South Sudan lost its previous field leader, Joseph Taban, also to cancer.

“In a sense, they’re reeling,” said Iain. “But even in the short weeks since Iskander passed away, I’ve been very impressed with the attitude of the team, seeking to serve Marie, his widow, wherever they can and realizing that…suddenly the responsibility is on them. They are really stepping up to this responsibility.”

Nicole James is a journalist, ESL teacher, and adventurer. As a writer for OM Middle East North Africa, she’s passionate about publishing the stories of God’s works among the nations.

Published: Wednesday, 06 January 2016
Credit: Nicole James
© 2016 OM International This email address is being protected from spambots. You need JavaScript enabled to view it.