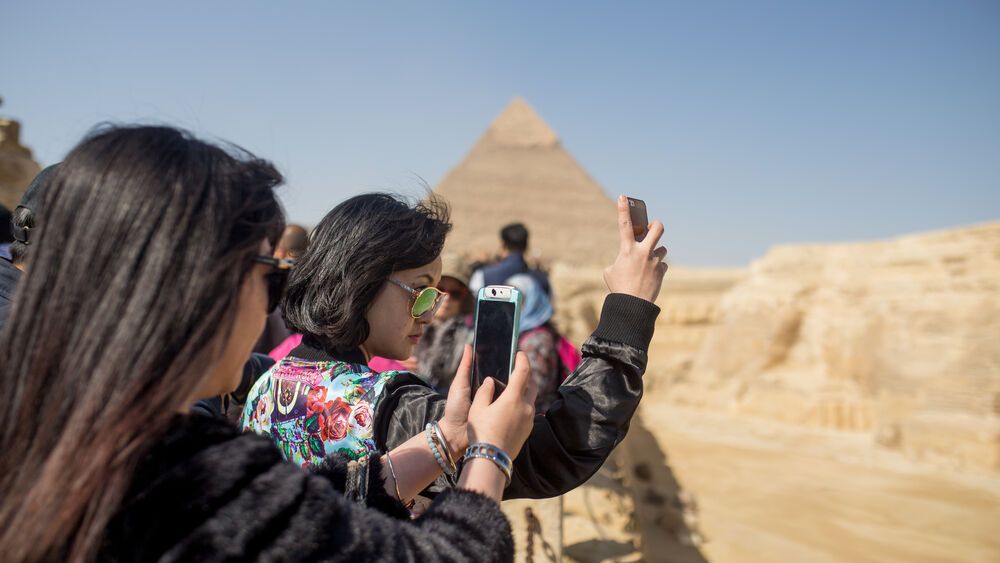 If it weren’t for a visa issue, Charles* wouldn’t have been in Western Europe. He’d unknowingly applied to renew his visa in the wrong city in North Africa, and he’d been refused. “I’m sorry,” the smiling lady at the passport office told him, “but you have to leave the country.”

“I was in between being worried and being at peace,” Charles remembered. But as he prayed, Charles felt God answer his fears: Don’t worry. I have a plan.

Two days later, Charles returned to his host city, where he met with another long-term worker to discuss his situation. Some churches from Western Europe wanted a representative of the work in North Africa to come speak. Charles’ teammate couldn’t make the trip, so he asked Charles to go instead, especially since he had to leave the country. On Wednesday, they started to outline his itinerary. On Friday, he boarded the plane.

After the conference, 17 people applied for short-term trips; 11 joined Charles in North Africa a few months later. One of the applicants even rearranged his vacation plans to serve. He told Charles, “I already booked a holiday in Turkey, but the price matches, and the time matches, and I feel that God wants me in North Africa more than in Turkey!”

When Charles met the short-term group at the airport, he considered his unlikely presence at the conference that encouraged many of them to come. “This trip and this team started with a miracle, and it should be done with a miracle,” he thought. “I was excited to know how the Lord was going to work and what He was going to do.”

During the short-term outreach, participants split their time between a tourist city and a Bedouin village.

Leanne*, one of the short-term participants, said the evening prayer walks around the city were one of the most important experiences from the trip for her. She and other participants encountered many destitute people while prayer walking: an elderly man sleeping in front of a deserted building, a young girl sitting on a blanket by the side of the road selling jewellery, a street sweeper working long hours but earning next to nothing. The encounters conjured questions, sadness, and a sense of injustice—Leanne couldn’t shake the thoughts from her head.

Later, in the Bedouin village, she also engaged with poor people on an intimate level. She and her female teammates visited some of the rural women. At first, communication proved impossible. The local women spoke little English, if at all, but still, they welcomed the foreigners into their homes and served tea.

Curious how the women spent their days, living in small, sparsely furnished rooms, Leanne and her teammates asked what they did. The women showed them finely stitched handmade bags, garments and jewellery, which they sold in order to earn money.

When Leanne and the others rose to go, the women gave them each a piece of handiwork. Leanne said it was hard for her to accept the offering, knowing the hours of hard work the gift represented.

“The journey has deeply marked [me],” she wrote at the end of her time in North Africa. “Life is not meaningless…and the things we posses are not only just given to us from God in order to squander wastefully, so that we are living better and better while others suffer.”

Leaving North Africa, Leanne prayed that God would help her remember the lessons learnt: to distinguish the essential from the inessential; to use her time for heavenly things; and to pay more attention to her fellow human beings, continuing to intercede for them “rather than just ask for blessings for my welfare.”

“The gift of your life”

Following the prayer walk one evening, Peter*, another member of the group, went to the mall to spend his free time – and some money – purchasing souvenirs. After shopping for a while, he’d bought a hat, but he still wanted two scarves.

Hassan*, a worker at a shop, told Peter the price for the scarves was 50 of the local currency. Peter, however, only wanted to pay 40.

Suddenly Peter had an idea. “Hassan, I see you are a good person and I like you. If you reduce the price, you will get the gift of your life,” Peter told him.

“What is it?” Hassan asked.

“I can’t tell you, only if you sell the two scarves for 40,” Peter replied.

Hassan ran back to the shop and spoke with owner. After a few minutes, he took a few heavy steps back to Peter: “He remains on 50…he doesn’t want to sell them for 40.”

Of course, Peter knew God’s mercy is free of charge for everybody. “You know what Hassan, you don’t have to be sad. You will still get the gift,” he reassured him. “It is a small puzzle. There is a person who loves you more than all humans of the world together. Who is it?”

“I don’t know, but tell me,” Hassan answered. “Do you know this person?”

“Yes, we know this person, and He lives in us, and through Him and His love to us, we have the assurance of eternal life.”

“We will pray for you, but you have also to pray,” Peter told him. “You have to search for it in your heart and you have to ask the Lord what it is, how you can get it and where you can find it. I promise you that He will reveal it to you if you will ask Him for that, and He will change your life completely.”

Peter also gave Hassan a verse from the Bible, Titus 3:5 (KJV), “Not by works of righteousness which we have done, but according to his mercy he saved us, by the washing of regeneration, and renewing of the Holy Spirit.”

Walking away, Peter was thankful for the opportunity to share with Hassan and praised God because He is the one who transforms lives. “There is no leisure time for God. His will is being done every time and everywhere,” Peter exclaimed.

Are you interested in spending a week partnering with long-term workers to share God’s love? Check out opportunities to GO: http://www.om.org/en/opportunities!

Published: Tuesday, 26 January 2016
Credit: Nicole James
© 2016 OM International This email address is being protected from spambots. You need JavaScript enabled to view it.

A short-term outreach participant has an unlikely opportunity to share the Good News while relaxing in a hotel pool.

A miraculous multiplication of gifts in Egypt during Christmas outreach event.