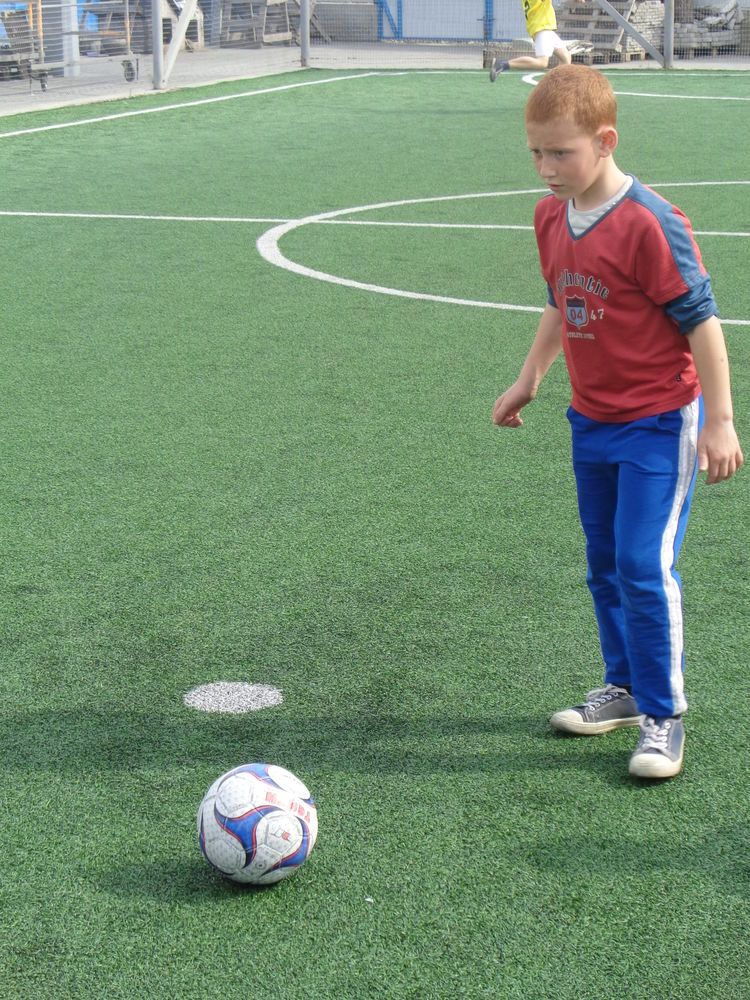 Ukraine: Maks Schlikov meets with a group of boys from families that fled the war zone in East Ukraine every Tuesday to play soccer. They talk about lifes challenges and what they learn about God.
Maksim Shlikov is in the process of joining OM Ukraine’s team in Odessa. He is married and has a small son. Maksim has a vision to see a Christian Soccer league in Ukraine, where young men can find Christ, and where the Name of the Lord will receive all the honour. He shares about the ministry:

It has now been four months since the Lord moved us to start to reach out to young people through sports ministry. I would like to share with you how it all started and what has been accomplished in four short months. After serving on a kids camp attended by teenagers from orphanages, I had a strong desire to keep working with those that have graduated from the orphanages. Because soccer is so popular in our country, our team decided to invite the guys to play soccer with us once a week. We invited guys from two colleges and were pleasantly surprised that even the vice-principle was so positive about our new venture that he himself motivated the young men to attend.

During our first meeting in September, around 12 guys attended. We prayed together and just played soccer together. From then on we have seen some come and go and one or two new boys come every week. In time we have formed a group that regularly attends. At meetings we spend some time to talk about God, sports, Christians and sports, and many other themes through which we have been able to build some positive friendships.

A month ago, we put together a document with rules and officially formed the Christian soccer club, and through a vote the guys named their club “Lighthouse”. Officially we have nine members that have made a commitment towards the club apart from about seven others that just attend but are not ready to become official members. At present we are working through course material about teamwork and how to be a winner- in the game as well as in life. We are able to, from a biblical perspective, talk about unity, teamwork, friendship, love, victory and what God’s plan is for each of us.

There have been many visitors who came, they saw, they played and left. Yet on the whole, I see that God is doing what He sees fit. Those that have committed are those that the Lord has prepared and is working with to change their lives.

Through working with these young men, I am getting to know about their lives, hardships, struggles and am able to see how to serve and support them. For each of them, I pray that the Lord will touch their hearts and change their lives. Their futures have become my concern, I carry each of them in my heart and live in hope that, with God’s help I will be able to help them find God and find meaning in their lives, stability and confidence for tomorrow.

Published: Monday, 08 August 2016
Credit: OM International
© 2016 OM International This email address is being protected from spambots. You need JavaScript enabled to view it.