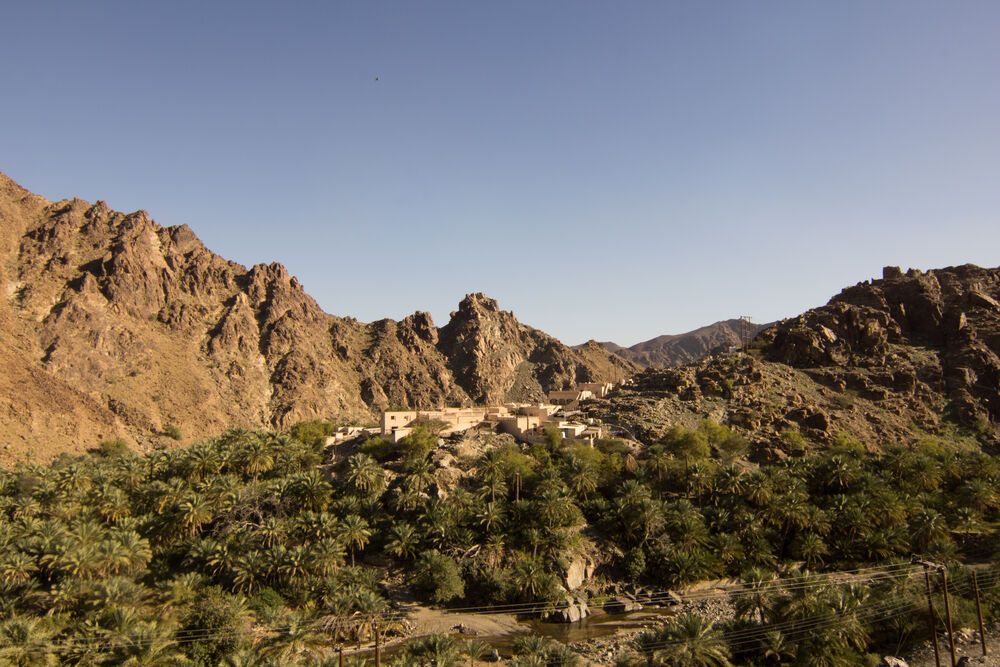 To carve paths of light into these spiritually dark places, Ken*, a long-term worker, and his friend Dillon* decided to visit some of the villages on mountain bikes with one aim: “Firstly, we are going to a place that has not been reached, to go to a place where no one has gone with the Good News,” Ken said.

Biking together is strategic because “it’s less intrusive, it opens conversation straightaway, and we’re going in a group of two,” he explained. Plus, they can traverse the rough paths. “Anytime you go to little obscure places, it’s in the heart of Satan’s world,” he said. “How rugged it is to get to some of these places, how ridiculous, even in a 4-wheel drive, shows the stronghold of the enemy.”

The first time the men rode together, they planned a simple itinerary: a 10 km ride through a village where they would spend time praying, try to meet someone open to their message, and/or hang out at the mosque.

That morning, Ken and Dillon had left early, with only a quick breakfast of water and granola. However, after a few kilometres, Dillon’s head began to pound. He told Ken he was ok, but a few minutes later, he suddenly stopped, dismounted, and began vomiting violently.

While Dillon continued to be sick, Ken started praying, feeling that something more than physical illness was affecting his friend. Looking around, Ken saw a tower on top of a nearby hill. When Dillon said he was ready to ride, Ken told him they needed to climb the hill.

Leaving their bikes behind, the two men trekked to the tower, where they discovered 30 or 40 spots that had been used for occult worship. “It was obviously a place where folk Islam is happening,” Ken stated. “We just looked at it, took some photos and were walking and talking out Scriptures and pictures we were seeing…At the end of the prayer, I knew Dillon wasn’t feeling 100%. I laid hands on him and rebuked everything that had come on him.”

Afterwards, when the men returned to their bikes, Dillon said he felt phenomenal, and he and Ken raced home, covering the distance twice as quickly as they’d come.

For Ken, the experience was a visual reminder of the spiritual activity that occurs in this part of the Arab world, especially in his area of the Arabian Peninsula. “In human nature, people want a god they can connect with,” he said.

During the first visit to the occultist worship site, Ken and Dillon prayed specifically that people would meet Jesus through dreams. Later, Ken returned to the village with his wife, where they encountered many people who were disfigured. “Satan’s got that place in his grip. He’s slowly taking souls into hell,” Ken said.

The next two trips to the village didn’t work out. On the last attempt, the roads had been completely washed out. “We really felt strongly that we were prevented to get to this place,” he remembered.

According to Ken, by visiting the villages, “you are carving a path of light, because that’s what we represent in the darkness here.” Proclaiming Jesus’ name in places also breaks the bonds of darkness, making a difference in the spiritual realm. “We have to believe in the significance of these things because the locals believe in it from a demonic perspective,” he explained. “We have to take the demonic perspective and replace it with an understanding of the sovereignty of God in this place.”

Greg* and Linda*, who have served in the region for 45 years, agreed that the country where Ken and Dillon live is full of the occult. However, workers coming from Western cultures often need training to recognize the spiritual forces at work.

“When I studied how to learn a language, they had this theory of language learning that you didn’t learn something until you had a real felt need to learn it,” Greg said. The same applies to the spiritual realm. “People can be told this kind of thing, but unless they see it [they won’t understand]. Motivation is really key to learning anything, and if you’re not motivated you’re not going to learn it.”

“A lot of these things we were never taught in our churches,” Linda added. “I think it’s been a steep learning curve.” Curses, physical encounters with demons, haunted houses—all are regular experiences within the country. “They’re afraid of spiritual forces. They’re so much more aware of the spiritual world than we are.”

Once, on a Nile River cruise, Greg and Linda overheard young boys on the boat talking about the angels on each of their shoulders, one good and one bad. Many souvenirs and trinkets across the Arab world incorporate either Fatima’s hand or the blue evil eye, both symbols intended to interfere against spiritual attack.

Ken shared his strong conviction that workers across the region, regardless of denominational backgrounds, need to be aware of spiritual forces within Islam and recognize their effects on ministry as well as in the lives of Muslim background believers.

“I know intellectually it’s there,” Greg said, explaining his own interaction with the spiritual world. “I don’t feel it as much as Linda does, but I know it’s there, so I pray.”

Pray for workers in the Middle East and North Africa to have wisdom, protection and discernment as they engage the spiritual forces at work in the region.

Published: Wednesday, 27 January 2016
Credit: OM International
© 2016 OM International This email address is being protected from spambots. You need JavaScript enabled to view it.