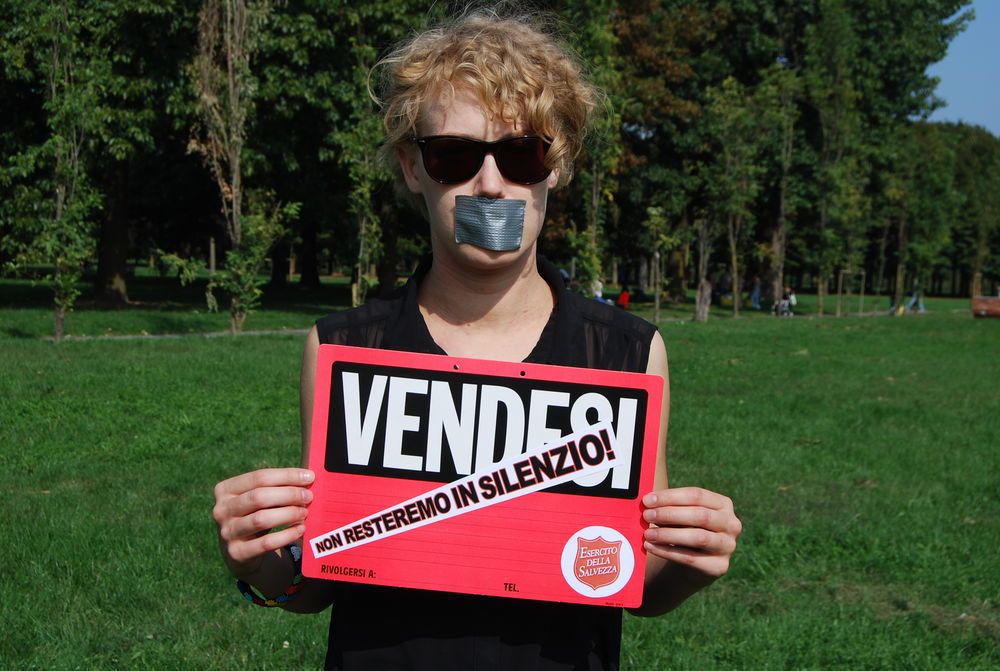 Italy: OM missionary raising awareness
Women can be seen sitting along the streets surrounding the OM Italia office in Pisa. It is a common sight and everyone knows why they wait there hour after hour, day after day. Many of these women have been trafficked to the area from other countries and are forced to provide sexual services to the men who stop along the road. Forced labour and sexual exploitation are issues that affect millions of people in almost every country around the world and members of the OM Italia team have decided to respond.

“It is one of the symbols of the hypocrisy of our society,” says one of the OM workers after a Thursday afternoon outreach among transgender sex workers. “The same people that criticise, make fun of and abhor these people are the same that pick them up with their cars in broad delight and pay for their bodies. Often even Christians do not know how to engage with these people. But what would have Jesus done? Would he have not spent time with them to reach out to them with his love and forgiveness?”

OM Italia moved to Pisa in September 2014 and spent many months getting to know the area, the churches, the local people and their needs. It soon became apparent that Pisa was not unaffected by human trafficking. Most victims come from Nigeria, or from Romania, Bulgaria, Albania and other Eastern European countries. Additionally, a large number of transgender individuals from Brazil end up in prostitution as they struggle to find other work in Italy. In January 2015 the first people arrived in the team with the vision to start working against the sexual slavery in Pisa.

A year later, in February 2016, a weekly outreach on the streets of Pisa took off. The team did a number of things in preparation including prayer, networking, research, training and language studies. The team has been connecting with local services and believers as well as other ministries throughout Italy and beyond to learn from best practices and build a support network for the team.

Engaging the local churches has been and continues to be a priority for the team. In this work that means through prayer, raising awareness and inviting people to consider a further commitment. For a sustainable ministry the involvement of local believers is a necessity. To the team’s encouragement, a team of volunteers has come alongside the OM staff to support the work through joining the outreaches, praying and giving material help.

“None of us wishes to have a life like this,” is a phrase the outreach team has heard on multiple occasions. The urgency to support the women spiritually and emotionally is apparent. This is where OM Italia sees their strength compared to the secular service providers.

“The fact that many women have allowed us to pray for them and have opened up about their traumatic past only shows us that we’re doing the right thing,” the team coordinator shares. Though there is a lot that needs to be done in order to help the women holistically, the team feels they are going in the right direction as they build relationships with the women while planning for other means to help those that wish to exit a life in prostitution.

Published: Thursday, 09 June 2016
Credit: OM International
© 2016 OM International This email address is being protected from spambots. You need JavaScript enabled to view it.