OM lending a hand to start the healing 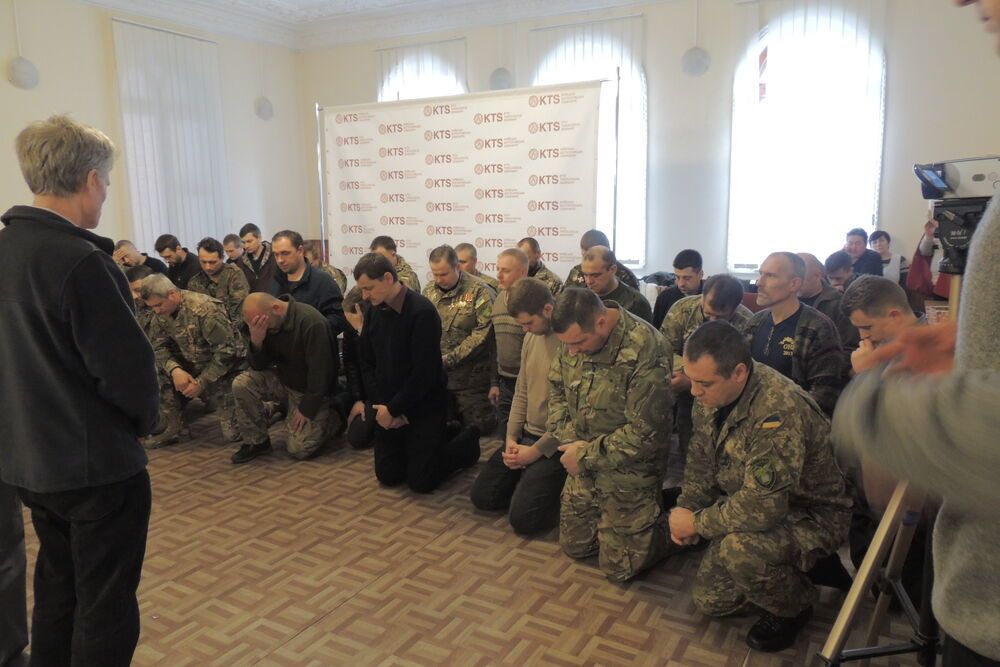 Ukraine: Training by the Ukrainian ministry of defence for chaplains at the Baptist Theological seminary in Kiev. OM supported the printing of battle trauma counselling materials.
During 2015, OM Ukraine field leader Wayne Zschech received a request for financial help from Jeff Laughlin, from Ukrainian Military Ministry, to translate and print trauma counselling books. They are specifically aimed to serve those affected by the war. These books, entitled “When war comes home” for families of returning soldiers, and “Combat Trauma: a handbook to restoration” for soldiers have now started to make positive impact.

In the last couple of weeks we distributed these books to chaplains in a training held at the Kiev Theological Seminary. These were chaplains being considered for official chaplaincy in the war zone as the training was being conducted by the Ukrainian Ministry of Defense.

We also gave copies to both the Chaplaincy Program Command as well as Medical Support Command at their DOD offices to help them be aware of this faith-based program.

We distributed books to a PTSD emergency response conference held by Realis in the Humanities University. I met one woman who was a director of a counselling and social aid program for families still trapped along the war zone between Russian and Ukrainian forces. She had 800 families on her list she was trying to help and her list was growing.

Others who have received these materials are church planting teams, drug and rehab centers in Odessa, Nikopol, Ternopol, not counting social center representatives in our training.

Already over 2,000 soldiers (official statistics) have died from alcohol related friendly fire. This drinking is largely contributed to the stress and trauma of war. This does not touch the impact on the family. A neighbor or friend (Christians) nearby who takes the initiative to love them can make the difference. We are so grateful to OM and their heart for the people of Ukraine.

May the Lord bless your compassion for these men, their families, and the children and widows of those who will be paying the price of this war for a long time.

Published: Wednesday, 13 April 2016
Credit: OM International
© 2016 OM International This email address is being protected from spambots. You need JavaScript enabled to view it.