Church planting within the conflict zone 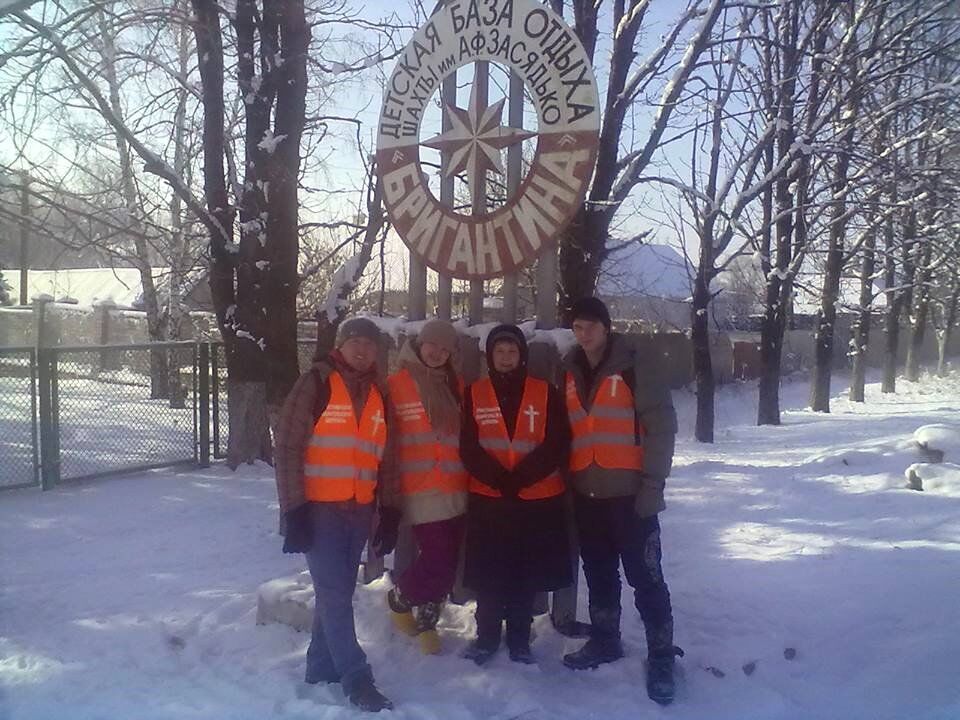 Ukraine: OM sponsored these brave local church planters in the town of Zhellanoye on the Front lines, where the church have grown from 10 to 40 church members during the last couple of years
Pastor Sergei Saenko could not just flee his hometown of Donesk, in Eastern Ukraine, and sit idly by while people suffered. Together with a small group of pastors, he started a mission school for church planting teams, to plant churches in towns on the front lines of the conflict.

When Wayne Zschech, OM Ukraine field leader, heard about this training center to train missionaries with the sole purpose of planting churches on "both sides" of the Ukraine/Russia divide, he knew this was something OM should get behind. OM Ukraine has been privileged to be able to support the first group of students as well as helping to finance the first three church plants.

Artyomivka is a mining community on the front lines that, before the war, had no evangelical church. Now a year and a half later a team of missionaries has planted a church which is attended by up to 30 people.

The small congregation of 10 people in Zhellanoye, a little further away from the front, has bloomed into a faith community of around 40 people. Church services, Sunday school, children’s programmes, and teenage groups are all well attended. With the help of many Christian organisations, the missionary team and congregation members have been able to serve the community with humanitarian aid including food parcels, clothes and much needed wood for heating this winter.

Savgeeva is a third town where OM support has served to assist the church planters that graduated from the missionary school. A few weeks ago three people accepted Christ. According to Pastor Sergei, people come to the Lord on a weekly basis here.

The most amazing thing is the changed attitude in these towns towards evangelical Christians. In the past, any faith that was not Russian Orthodox was seen as sectarian and looked on with fear and suspicion. Today, these congregations are held in high regard by both the local government bodies as well as the citizens of these towns.

The need is still great, especially in areas where the fighting continues. These missionary teams of four people are still being sent out and already 13 more churches have been planted. They are supporting the local population spiritually and with humanitarian aid, as far as it is possible.

Pray for the churches in these towns to grow as more people look to Christ for truth. Pray that God would use the conflict for His glory to draw people into relationship with Himself.

Published: Wednesday, 13 April 2016
Credit: OM International
© 2016 OM International This email address is being protected from spambots. You need JavaScript enabled to view it.