OM making an impact: A personal account of a refugee 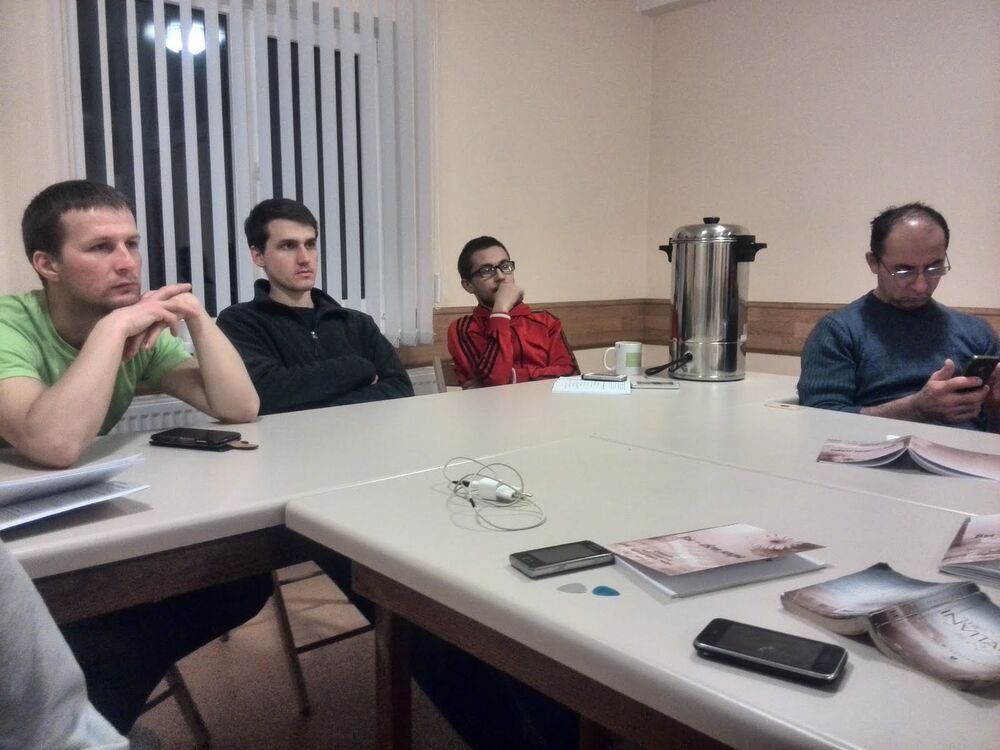 Ukraine: On the left is Ilia, one of the IDPs at OM Odessa centre. His family found help and support after fleeing the war zone.
God is working in war-torn Ukraine. For the past two years, OM Ukraine has been involved on various levels through strategic partnerships making an impact on the front lines, behind the conflict zone in the occupied territories and in the lives of internally displaced persons (IDP’s).  One of these internally displaced men, Iliya Maslov, spent a couple of months living with his sister at the OM base in Odessa. He shared some of his story.

“I am 29 years old and grew up in Krasni Luh in the Luhansk province of Ukraine. The thought never crossed my mind that I will ever have to leave my hometown and I definitely never planned to live in Odessa where I did not know a soul,” he shared. “The war became a reality for our family when four bombs fell in our neighbour’s yard and panic filled our hearts and the hearts of our neighbours. We had to get out – no matter where to, we just needed to run for our lives. When fleeing for you life, you do not think ahead about where you will stay, what you will need…and then other problems start.”

Illiya was unable to leave the war zone at this stage, since there was no space in the vehicle his family found. Being the eldest child of his family, he volunteered to stay behind. A week after his family left, the fighting was so heavy around Krasni Luh, that it seemed impossible to get out.

He stayed for another month during which he saw terrible atrocities – of which he was only able to share on paper. In the conflict zone, civilians are dying and it is the aged and children that suffer most because of violence and mine fields set up in haste. Because of fear of going out to public cemeteries to bury the dead, many end up in unmarked graves in backyards.

“A month after my family left I was myself able to get out of the war zone,” Iliya recalled. “I am glad to be away from that place and do not wish to return - when tanks, artillery and grad missiles are the norm and you have to eat old dried bread and drink water that you were able to boil while there was electricity, and you are living in a basement and there is no joy to find in life…” he trailed off.

“So here I am, extremely thankful to Slavik Puzanov, (OM Odessa Team leader), who helped to give my family a place to stay. My youngest sister is still in school and is now able to finish school,” he said. “Now I am at last also with my family in the OM center in Odessa. I am able to look for work and to help out around the centre as I am able. I am thankful.”

Like many, Iliya shared that he cannot sleep, that he hears gunfire in his sleep and that he flinches at every loud sound. For this reason OM Ukraine has invested in printing counselling materials for soldiers returning and their families as well as for use for IDP’s. OM is also forming strategic partnerships to help train believers in how to work with trauma victims.

These are the most recent statistics:

Please continue to pray for Ukraine.

Published: Thursday, 21 April 2016
Credit: OM International
© 2016 OM International This email address is being protected from spambots. You need JavaScript enabled to view it.