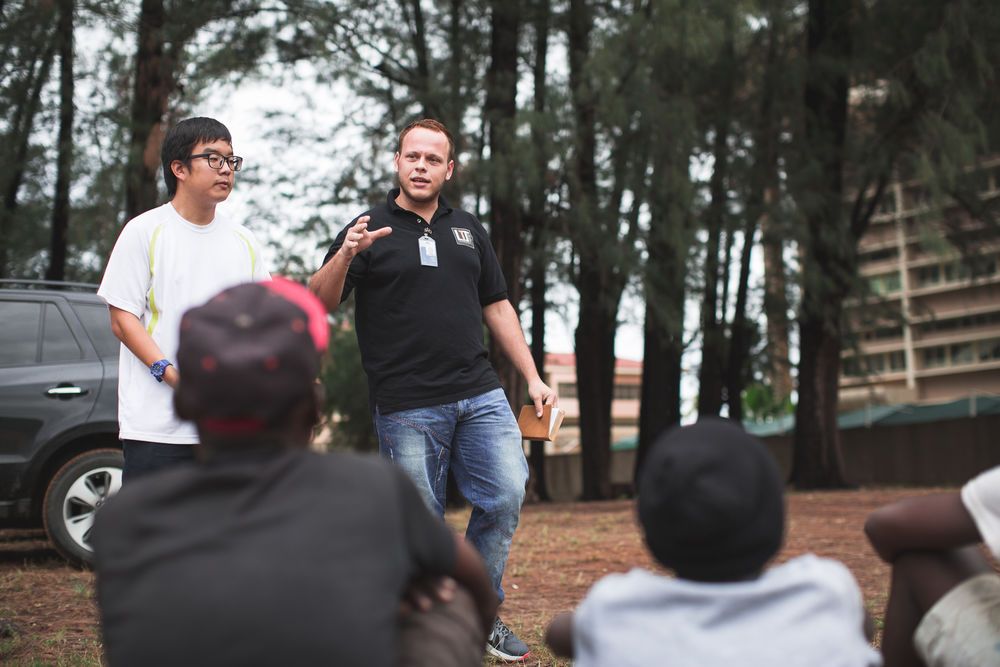 Pastor Jeong, who had previously spent 14 years working as a missionary in Angola, has been pastoring in Maputo for nearly a decade now. His Fridays include preaching to and praying over homeless boys from slum areas. The ministry usually draws a crowd of 30 to 40 boys from a wide range of ages, but only a dozen boys turned up that day - an effect of the rain.

The smaller crowd didn’t stop the ministry as planned; the group began by singing a hymn, simultaneously collecting an offering, which came to no more than a coin or two from each boy.

Crewmembers then encouraged the boys through their personal testimonies and prayers. Rafael Esau (Paraguay) shared his story of faith and the grace of God in his life, while Nicolas Knaub (France) told the boys that believers around the world together make the image of Christ.

Another crewmember, Dominic Notegen (Switzerland), experienced mixed emotions about the offering, wondering why Pastor Jeong would collect money from the homeless.

“Then I remembered the story where the poor woman gave all her money for the temple, and Jesus said to his disciples that she gave more than every rich man,” explained Dominic. “We should not take that privilege from them. God will pay it back to them a lot more than we can think.”

Published: Wednesday, 30 March 2016
Credit: Andrew Fendrich
© 2016 OM International This email address is being protected from spambots. You need JavaScript enabled to view it.

People in Mozambique, Malawi and Zimbabwe are still recovering from Cyclone Idai. OM is responding to the needs in different communities in these countries.