A life in ruins 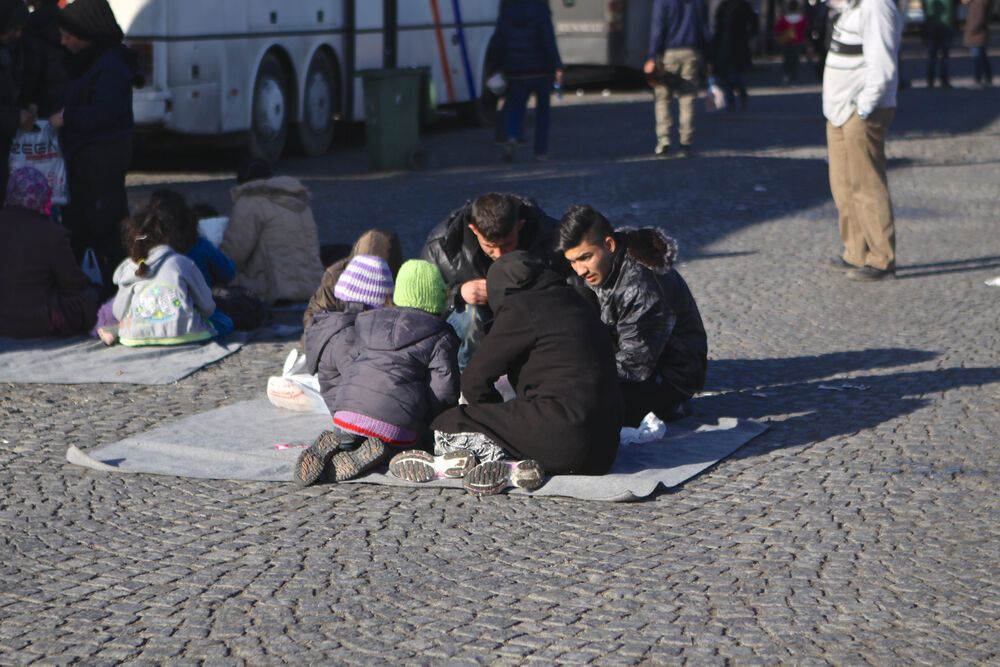 Serbia: Refugees in Sid, Serbia
About a thousand refugees are stuck in Šid, Serbia now that the border has been closed. While the refugees wait for answers from the government, OM workers keep ministering to them, providing hot meals, and making conversation. Law student Alice Trinari from Italy volunteered in Šid a few weeks ago, and these are her reflections:

In the warmth of the tent, and with a cup of hot tea, one meets some special people. Abdul is one of them.

Here, in the refugee camp in Šid, Serbia, we introduce ourselves. Abdul is like an open book; a man that has been hurt but doesn’t hesitate to share what his eyes have seen. It's incredible how it is possible to develop such a trusting relationship with a complete stranger. He is very polite, educated, calm and very tired. Because he worked in Spain for some years, we are able to communicate in Spanish.

‘Bride of the Desert’

Abdul tells me about his home city of Palmyra, 240 kilometres northeast of the Syrian capital, Damascus. It was a thriving city in the ancient times, also known as the 'Bride of the Desert', being a vital centre for travellers and traders. Abdul proudly shares about the city’s historical ruins, its places of importance and power, and its archaeological wonders. All of it has been torn down. Palmyra is demolished, fallen, destroyed by the bombings of ISIS.

The sounds of the bombs still go off in Abdul’s head, just like in his children's heads and anyone’s who has escaped from the horror of the war.

“We couldn’t do anything,” he says. “From one day to the next we lost our government and were invaded by strangers. One morning we woke up to see these unknown and terrifying faces. They are men with long beards, always carrying a Kalashnikov weapon with them. They get angry at anyone who does not do what they command."

One day Abdul was sitting outside his house with a glass of water in his left hand. For Muslims, the left hand is considered unclean. "One of them passed by and broke out in anger,” he remembers. “He approached me, threatening me and asking why I didn’t have a beard like his. If I hadn’t changed the glass to my right hand, I don’t know what he would have done.”

Abdul goes on to tell about the situation of the women. Women cannot go out, unless they are accompanied by a man or their son. Everything is black outside of the houses, as Palmyra has been covered by the flags of ISIS, and coated with the smoke from the bombs and the dust from the debris of destroyed buildings.

Abdul talks about his children, looking at them with tears in his eyes. He wants to start over for his children’s sake; to give them a new life and an education - something that's become impossible in Palmyra. Since ISIS took over, the militants from the regime prevent the children from going to school and being civilized. Instead, they want to dominate, manipulate and keep the children from developing a conscious, a sense of gratefulness and compassion.

They have demolished the schools and all sport grounds. “They have stolen everything from us and oppressed every right,” says Abdul. I squeeze his hand and promise to pray for him, as tears well up in my eyes.

I ask him if he’s afraid. The answer is 'yes'. I ask about his journey. He describes how they escaped his city illegally in a car at night. Within a week they had reached the desert where they waited three days. From there the journey took them to Damascus. In the capital, a relative took them in for a few days hosting all of his family, 23 people. They were 40 people in the apartment all together.

From Damascus, Abdul and his family moved toward the sea, where they paid to cross the sea over to Greece. From there they continued on the path through the Balkans, together with thousands of other refugees, where I met them in Šid, Serbia.

Meeting Abdul has made a deep impact on my life and has changed who I am as a person. I pray that wherever Abdul and his family end up, that they will find the peace they so desperately seek.

An OM project, called ‘Safe Passage’, focuses on meeting refugees at their initial entry points, providing information as well as water, food and essentials. To give to OM’s relief efforts, or for more information about how to get involved, please contact your local OM office.

Published: Thursday, 24 March 2016
Credit: Alice Trinari
© 2016 OM International This email address is being protected from spambots. You need JavaScript enabled to view it.