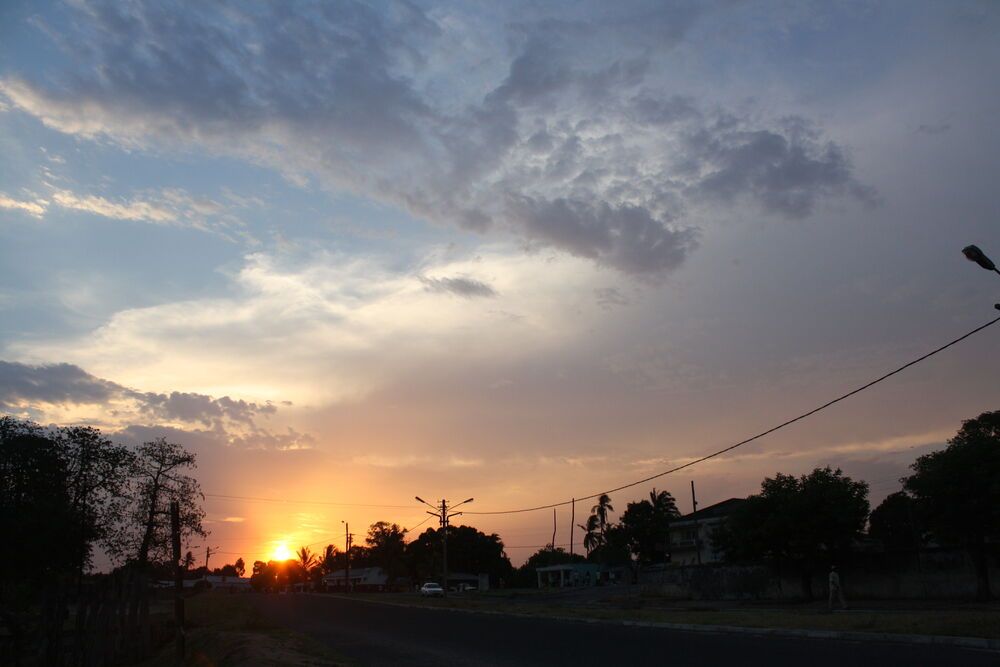 Mozambique: Sunset in Mocuba
Now that his church of 10 members has grown to 50, OM Mozambique leader in Mecula, Limardes Domingo, has never been more certain that he has been called by God to serve the Yao Muslim people in that area.

He didn’t always see it that way—especially in the beginning, when moving to Mecula meant great sacrifice for both his and his wife’s families, and when a pastor at the church he worked at advised him against it. He was told that if he and his wife went to minister to the Yao people, one of them would die to be a testimony.

With the support of his wife, Limardes responded to God’s call despite the threat that awaited them: in Mecula, the locals promised death for anyone who accepted Christ. Those who became Christians faced banishment with no food, but Limardes and his wife (now with a team including four other couples) planted themselves in the community nonetheless.

It was a miracle two years in the making that Limardes calls “The most important thing that I’ve received from God” during his time in Mecula. The testimony began when the local Imam—leader of the area mosque and dealer in witchcraft—became paralyzed. For two years he sought healing from Imams in surrounding areas, with no results; the man who had used witchcraft to “cure” many locals of their sicknesses could not be helped by others like him.

It took those two years of paralysis for the Imam to send his wife to Limardes.

“She said, ‘I want your help. You can give us another way that we can follow,’” Limardes remembers.

At first, though he visited the Imam, Limardes wouldn’t pray for him, because his house was filled with the instruments of his witchcraft. Instead, Limardes and three other followers of Christ went into Mecula and witnessed to the locals.

When he returned to the Imam’s house, Limardes told him he would only pray when all traces of the Imam’s incantations were removed from the house.

The Imam agreed, citing the ineffectiveness of his fellow Imams to heal him in the previous two years.

“The Imam said that he didn’t want to follow witchcraft anymore,” Limardes says. “They brought everything out and I praised the Lord because I saw the glory of God.”

With the house cleared out, Limardes prayed, and the Imam experienced healing—a healing that sent shockwaves throughout the village.

Though the OM team still faces persecution in Mecula—specifically when someone accepts Christ but their wife or husband does not—the growth in the church has meant increased outreach and witness in the community.

Limardes shares three prayer requests: for his family and his wife’s family, both of which have sacrificed much for their ministry; for God’s deliverance of the village of Mecula, with a population of around 5,000, many of whom still worship nature and animals; and for those in leadership positions with OM in Mecula, to have the wisdom to equip those who are coming to Christ and facing persecution because of it.

Published: Thursday, 24 March 2016
Credit: OM International
© 2016 OM International This email address is being protected from spambots. You need JavaScript enabled to view it.

Antonio Nipueda (Mozambique) recollects his journey to ministry with OM in Mozambique and the ways their prayers have impacted one village there.

“God is working in this community,” James said. He and other Christians in his village are challenging the culture by living their lives for Christ.