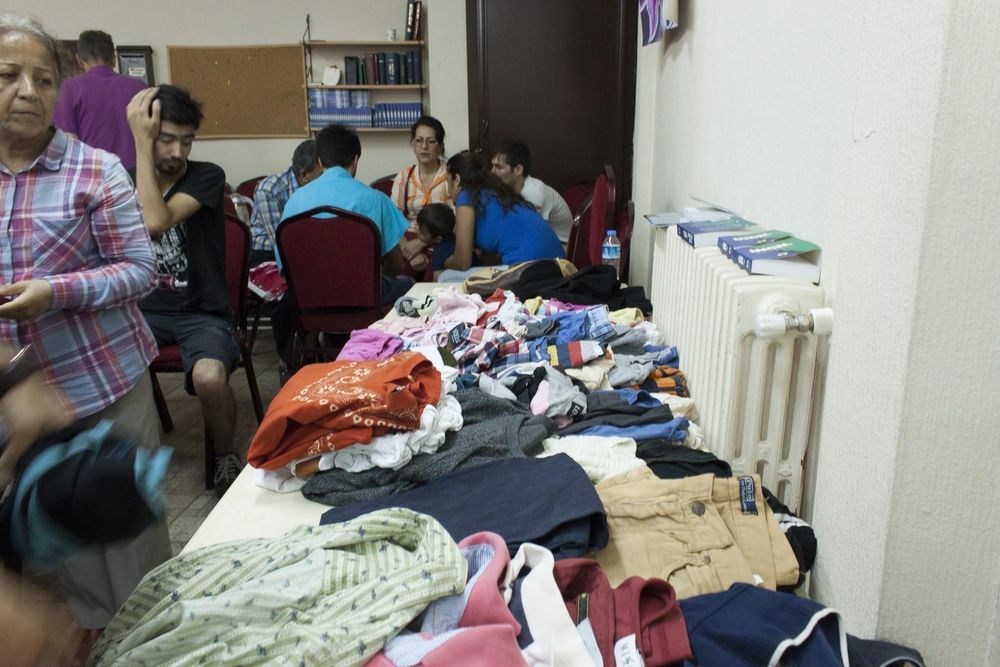 Turkey: Serving at the refugee centre
Turkey has an estimated 2.6 million refugees. Spread around the country, the large cities are especially inundated as these desperate people try to find work to feed their children.

Toward the end of last year Marlize*, a married mother of three, couldn't watch any longer. She asked her pastor what their church could do to help, and together they decided to take responsibility for one day a week at the local refugee centre.  They also took a step of faith to commit to distributing 100 boxes of food at a cost of $25 each, every week. They didn't know where the funds would come from, but through friends from around the world and God's faithfulness, they have been able to keep their commitment.

"I have wanted to help with refugees, but I was not able to do it,” said Marlize’s pastor, James. “Thanks to the OM team we are able to respond,"

The team is helping mobilise the Turkish church to respond to spiritual needs as well as physical.

OMer Lexi* was serving at the refugee centre, stocking up on the constantly depleted shelves of Christian books, such as the Incil (New Testament). According to the team, it’s a difficult task keeping up with the constant demand for Incils from the growing number of Arabic and Farsi speaking refugees.

Suddenly, an old man approached, and asked her what she was holding; Lexi told him that it was an Incil.  “In Arabic?” he asked.  The old man’s big smile and surprised face was a wonder to behold when Lexi replied, “Yes, it’s in Arabic!” She then placed the Incil in his hands.

Lexi watched the old man as he left the room and realised that he was so happy and excited about finding a New Testament in Arabic.

OM Turkey is involved in four refugee projects where it seeks to esteem and mobilise the Turkish church. They are also launching a new team whose mission is to reach refugees.  The two greatest needs are funds and Arabic speakers who can share and proclaim the gospel.

"We have two Arabic speakers on the field," said the field leader James, “but I've received a phone call from a Yazidi family who want to know more about Jesus.”

Published: Tuesday, 13 December 2016
Credit: OM International
© 2016 OM International This email address is being protected from spambots. You need JavaScript enabled to view it.