Springs in the desert 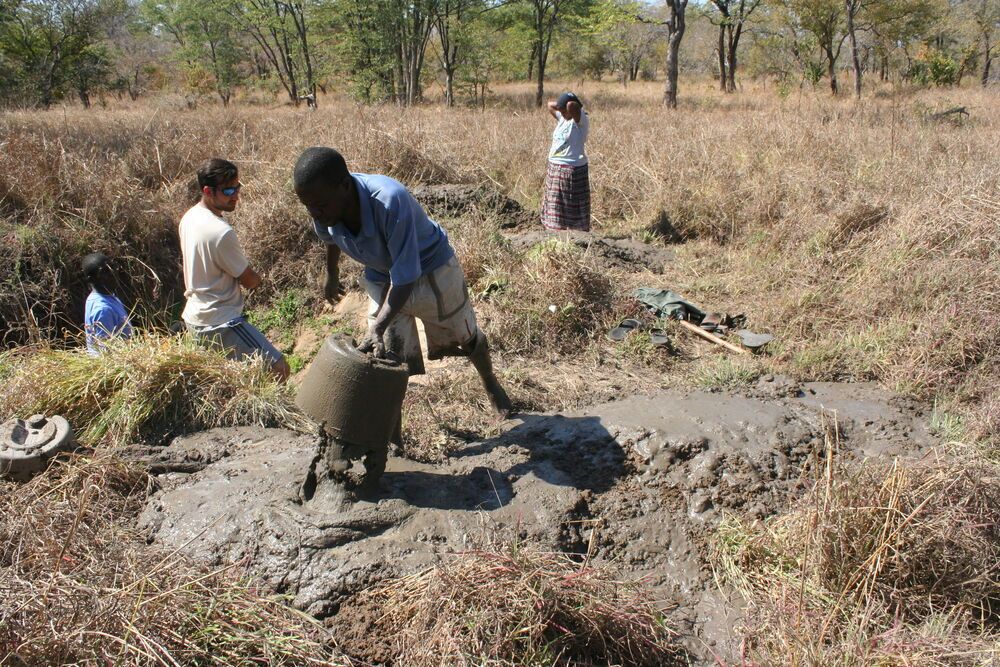 Zimbabwe: An outreach team to a least reached community dug a well for a least reached people group
While serving among a semi-nomadic and unreached people group in Zimbabwe doing acts of service, door-to-door evangelism and church services, an outreach team recently observed that many people who asked for prayer also complained of chest pains, headaches or backaches. Team members prayed for people but individually wondered what might be the cause of this challenge prevalent among those who asked for prayer.

Days later, having become a part of the community with daily routines similar to the locals, some outreach team members also started complaining of backaches—a result of fetching water from a nearby river, carrying 10, 15 and sometimes 20 litre containers on their heads or shoulders over a distance of about 2–3 km. It was after this discovery that team members became persuaded that this routine may also be causing the backaches and chest pain suffered by many of the locals.

Some outreach team members decided to be a solution to the problem by digging a well for the community, located much closer to their homes. But not every team member saw digging a well a worthwhile effort, especially since the last rains in the area had fallen three months earlier. Being in an extremely warm and dry area with temperature soaring up to 45 °C, they argued, digging a well was an enterprise doomed to fail. Even more, the team did not have suitable digging materials, just a hoe and an old bucket.

However, other team members did not see the match between their own back pain and praying for locals with back pain as “a random coincidence.” They believed God was asking them to do something in relation to their experience. Those in favour of digging a well set out to their chosen location and started the work. No sooner had they started digging than the team attracted a curious attention of locals. Children drew closer to watch, and adults as well—most of whom appeared surprised and even shocked by the “folly and arrogance” of the newcomers to dig a well in a dry season!

No sooner had the team started digging than the water started gushing out of the ground. The team was surprised but was pleased that their faith and not their labour had paid a benefit for the community.

Members of the community who were initially critical of the effort also could be seen engaged in animated chatter once the team started scooping out dirt mixed with water.

Reflecting on the day later that evening, the team joked that they did not hear testimonies of the healing of those who had complained of backaches, headaches and chest pains but were contented to have been the answer to their own prayers.

Published: Tuesday, 04 October 2016
Credit: Simon Marijani
© 2016 OM International This email address is being protected from spambots. You need JavaScript enabled to view it.