Either God or not. 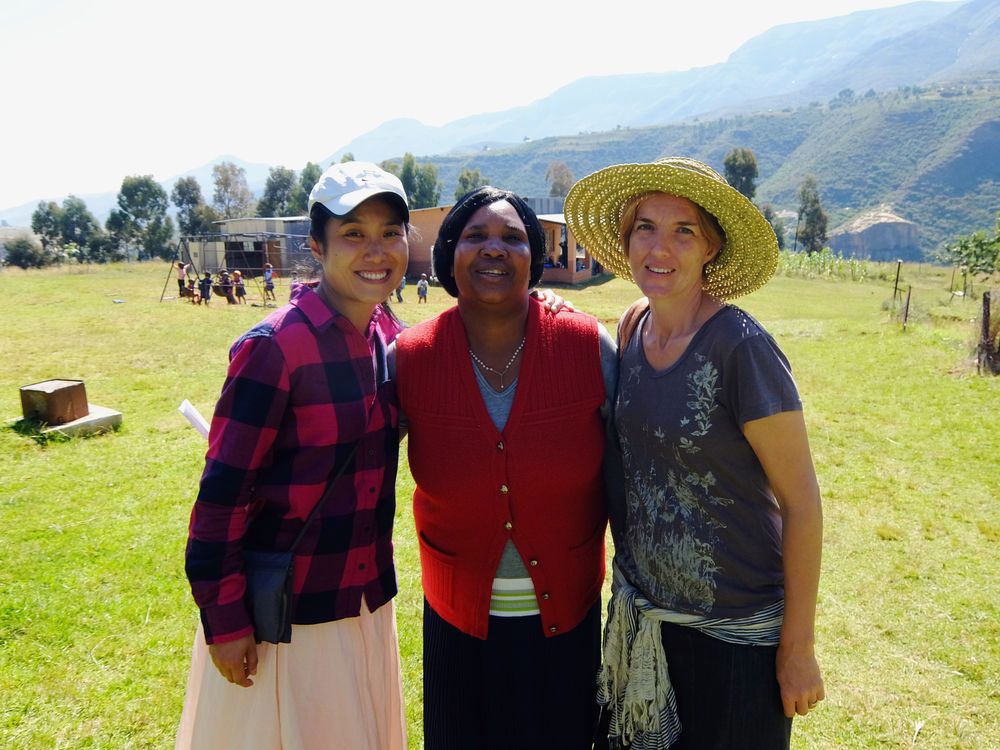 South Africa: A woman gave her life to Jesus after MDT team have shared the gospel with her and prayed with her.
Part of the Missions and Discipleship Training (MDT) programme in South Africa includes a rural outreach in the mountains of Lesotho. Anita Van Der Merwe (South Africa) and another team member went on door- to-door ministry in the village they were visiting.

As they were walking they saw a lady sitting outside her small hut, corn in hand, eating a common meal for the Lesotho people. They greeted her and started a conversation to get know her better, before they could share the gospel.

Anita noticed that the lady had something around her neck that was not a necklace. She asked what it was. “I went to the witch doctor because I had difficulties breathing and massive headache,” the woman explained. The witch doctor offered her the thing she had on her neck, tied with a little bone.

The trainees carried on with the conversation and had the opportunity to explain to her the full gospel. They asked if she would like to accept Jesus in her life and she said yes. They shared that they would like to pray with her and also for healing, but they couldn’t do it while she still had the thing around her neck.

As she started to take it off Anita said, “No! if you [only] take it off, you are just going to put it back on again. God doesn’t want you to serve two Gods. It’s either God or not.” Hearing this, the lady stood up and fetched a knife to cut the thing off. She then threw it into the fire and said, “now you can pray for me.” They started to pray with her and she even pushed it deeper into the fire so that she wouldn’t be tempted to take it out again.

After the prayer, they asked her to breathe in and out and see how it felt. She kept breathing in and out and she was so surprised that she didn’t have pain anymore. She started to smile and the trainees could see the change in her and also a relief on her face.

God is indeed our healer when we have been set free.

Published: Thursday, 02 June 2016
Credit: OM International
© 2016 OM International This email address is being protected from spambots. You need JavaScript enabled to view it.