Sharing the gospel in a hair salon 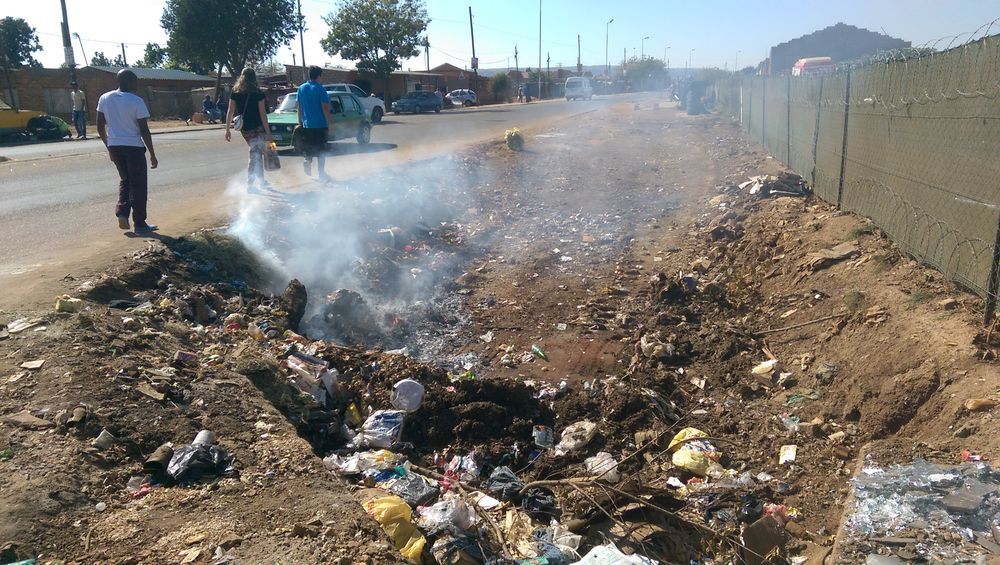 South Africa: Sharing the gospel on the streets of Mamelodi for the very first time, a Logos Hope team was part of the drug ministry where they managed to share their faith in many simple ways.
Every Tuesday, the AIDS Hope team goes out to the streets of Mamelodi, South Africa (a township to the northeast of Pretoria) to meet and pray with unemployed people and drug addicts. For the month of April they had six crewmembers from the Logos Hope joining their ministry. The crewmembers enjoyed meeting the local people and started to build strong relationships with some of them.

On one particular Tuesday morning, the Logos Hope team went to re-visit a hair salon where they had made new friends the week before. A man started to share about ancestral worship and what they practice. That gave Lis (Brazil) an opportunity to share about Jesus Christ.

During their conversation another guy asked, “who is Jesus?” This guy was just visiting his friends in the hair salon and he had never heard the name of Jesus before. Lis was stunned, she couldn’t believe what she was hearing.

Starting from the beginning, she and the other team members shared the story of Joseph and Mary and how God had become a baby and lived a human life. Then the team tried to place this man in the story—“ do you have a son?” they asked him. His reply was no.

“If you had one, would you allow your son to die for someone you love?”  As he was thinking about this question, he finally answered after deep thought, “No! Never, I would let my little brother die but not my son.” The team explained the truth that God did this for him. God sent his son Jesus to die for him.

He couldn’t believe that God would do this. He was so surprised, but finally decided that God really loves his people. It was such an honour for the team to be able to share the true gospel with someone for the very first time. Before leaving, they gave him the Gospel of John.

Pray for this man to read the Gospel of John and that the Lord would open his eyes and heart to the truth of God’s great love for him.

Published: Monday, 13 June 2016
Credit: OM International
© 2016 OM International This email address is being protected from spambots. You need JavaScript enabled to view it.