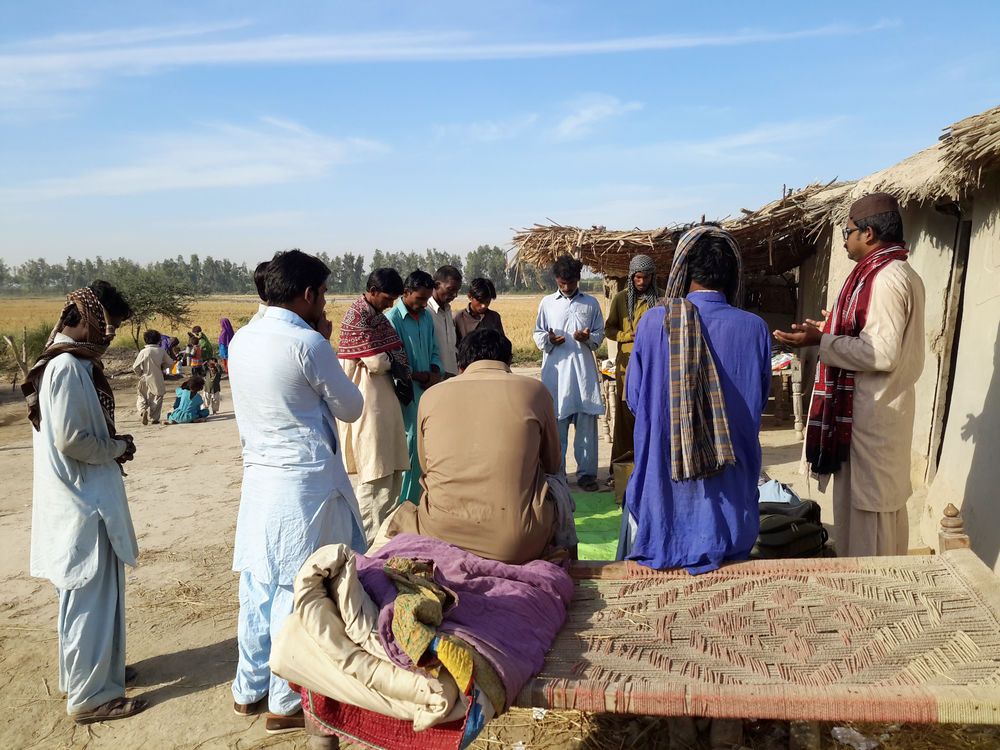 Pakistan: Prayer in villages throughout Pakistan strengthen families and communities.
Sindh is Pakistan’s largest province and includes a diverse mixture of languages and faith traditions with the majority being Muslim, a small percentage Hindu and a minority Christian. OM trained and sent out believers to proclaim the life-changing message of Jesus to 12 people groups of Sindhis living in ten different cities across the province.

One team visited a remote village because the team's host heard there were believers living in the area. After going from house to house, team members reached a small mud house, where an elderly man, Najeeb*, invited them in.

“Our whole family came to Christ ten years ago,” Najeeb told them. “We were rejected and faced discrimination from society for this. We remained steadfast in our faith, but the pastor stopped visiting us after two years because of fear. Now for the last eight years we were out of Christian fellowship and we thought no one would come to us.”

Team members encouraged Najeeb and his whole family, worshipped together and gave them Christian literature in their local language. The team’s host then committed to visit Najeeb regularly.

“We thank you and praise God for this arrangement,” Najeeb expressed. “You reconnected us with the Lord!”

Published: Monday, 13 June 2016
Credit: OM International
© 2016 OM International This email address is being protected from spambots. You need JavaScript enabled to view it.