‘I want to change my religion’ 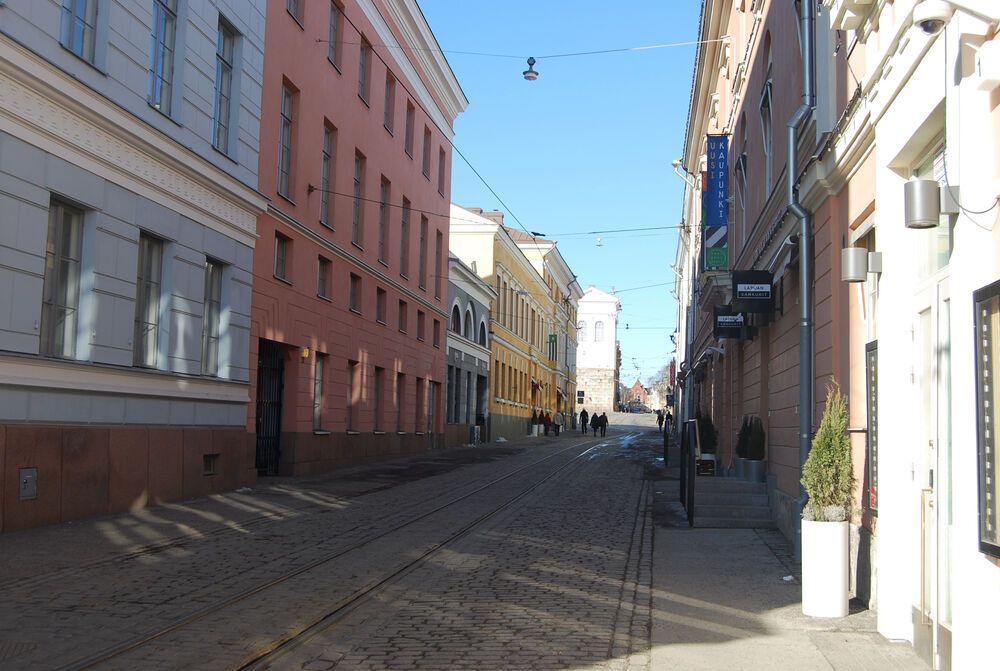 Finland: A street view in downtown Helsinki, Finland.
When God called Markus and his family back to Finland, after four years of working among Muslims in the UK, they were not sure they had heard from God correctly. The OM ministry where they had been serving in the UK provided close proximity to Muslims from many nations. Yet in Finland, where they wanted to continue their work with OM, few traces of Islam—or foreigners—existed.

Nonetheless, the family moved back to their home country in May 2015. By August, their transition made sense. Around 30,000 refugees arrived in Finland, a country which has a scant 5.5 million total population. According to Markus, the country wasn’t ready for the foreigners, and the churches were scared of the Muslims. “Ok, this was the right time to come do something,” the family thought.

In order to create bonds between churches and the country’s new arrivals, Markus began offering friendshipfirst courses to local congregations, a six-part study that helps ordinary Christians connect with Muslims. He also started reaching out to Muslims directly, using ideas that had never worked in the UK but now clicked.

Markus gathered 10 to 15 men on a weekly basis to eat together, drink tea, read Bible stories and discuss what they learnt. One man from Iraq was stunned by the descriptions he read in his Arabic translation. “I come from this land,” he told Markus. “This is so accurate. I know this; it’s true. Maybe if this part is true, the rest of the Bible is true, too!”

For those who wanted to know more about Christianity, Markus also offered a class on basic Christianity at his church. The groups usually had a handful of attendees, but Markus said the amount of questions they ask was amazing. “Those who are studying, they either had a Christian friend or a piece of the gospel [before], but it’s only now that they cross the border into Europe that they can ask their questions.”

Suliman*, a refugee from Iran, first came to Markus’ church for Finnish classes. “After a while, he comes to me with his broken English and with Google translator,” Markus remembered. The translation app wasn’t enough to communicate his request, though, so Suliman fetched his Iranian interpreter, also a member of the church. “Markus, I want to change my religion,” he finally announced.

Markus said, “I thought this is not possible. With my experience that does not happen.” Somewhat suspicious of Suliman’s motives, Markus asked him what he knew about Christianity.

Realising then that Suliman knew little about Christianity, Markus asked him what his family would think about him changing religions. “I’m an adult. I can change my religion if I want to,” Suliman retorted.

“OK, I can teach you,” Markus agreed. For almost six months, the two men met together to study Christianity. Soon, a few others joined. Suliman showed up every week, not coming on “Iranian time, but European time and early,” Markus said. Although Suliman listened carefully, he rarely asked questions, and Markus sometimes wondered if he understood what was being said.

Having never interpreted a dream before, Markus needed some time to pray and process. Eventually he recognised that the dream dealt with the difference between legalism and faith. “In Islam you need to pray, you need to fast, but it’s never enough,” he explained. “If we bring our deeds to God, it’s never enough.”

After Suliman’s dream, “he was a different man…I think that was what fully turned his heart to the Christ,” Markus said.

On Easter Sunday, Suliman was baptised next to a cross, set up as a Passion display. “That’s kind of the image [of faith],” Markus described. “You come to the cross. You really surrender there. He was confessing his faith and why he wanted to be baptised.”

Today, Suliman has a residence permit in Finland and communicates with Markus in Finnish. His journey—and how he arrived at the church, asking about Christianity—still amazes Markus. Even so, Suliman was not alone.

“That’s the story of many of those guys. They have already in their minds: I want to know more about Christianity. I want to become a Christian. I just need to find someone who will teach me,” Markus noted. “Now when they come to me with their broken English and say they want to change their religion, it’s not a surprise.”

Praise God for Muslims in Finland who are learning about the truth of Jesus Christ. Pray that churches would be able to develop fellowship opportunities where these new believers can worship and grow in their heart language.

Published: Friday, 19 January 2018
Credit: Nicole James
© 2018 OM International This email address is being protected from spambots. You need JavaScript enabled to view it.

Wanted: an adventure-loving, open-minded driver. Esa was that driver.

When life quieted down after years involved in sharing Christ's love in Eastern Europe, Risto and Terttu found themselves asking God what was next. The answer came in the form...

Johanna went to TeenStreet for the first time when she was 14 years old, but the experience impacted her beyond the one-week duration of the event.