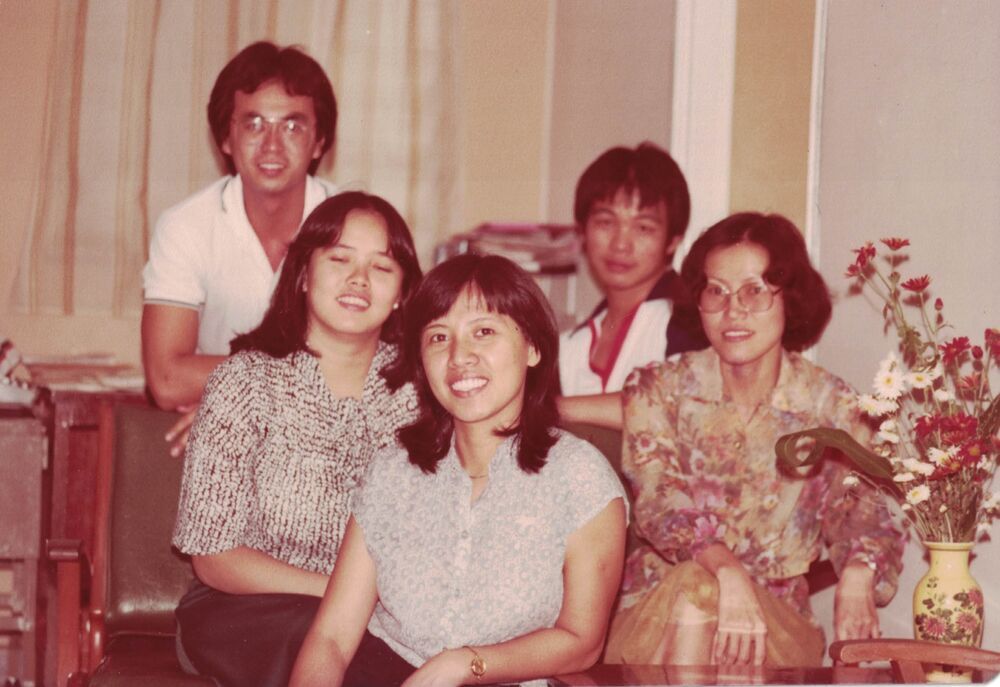 Singapore: The OM Singapore Team in 1981 - with National Director Rodney Hui and a young Lawrence Tong
The story of OM is a story of change. Throughout its nearly 60 years of history, OM has bucked the trend - pioneering initiatives in short-term missions, literature ministries and mission ships, doing long-term church-planting work amongst communities all over the world, from the Middle East to Africa, Asia, America and Europe, facilitating sustainability among mission workers in indigenous people groups, assisting under-served communities through relief and development, and believing in the strong mobilisation of the church in global missions.

More so, the story of OM is primarily about an unchanging God who has been faithful in loving men and women and drawing them to know Him and make Him known. Throughout the history of OM, Ian Randall, author of ‘Spiritual Revolution: The Story of OM’, noted something about OMers: They “believed that to remain on the cutting edge of mission was only through such dependence” on God.

Such dependence on God – this is the God we wish to celebrate and honour as OM Singapore turns 35 this year. Jesus does not just say in Matthew 28 to “go and make disciples of all nations”, He promises us, “And surely I am with you always, to the very end.” We are assured that God has been fully involved in OM’s missional journey personally and passionately.

Operation Mobilisation started humbly when God inspired 18-year olds, George Verwer, Dale Rhoton and Walter Borchard to sell their possessions and drive an old, beaten borrowed truck boldly to Mexico to distribute the gospel of John and Christian literature. There was no fancy plan, no big budget, no safety net - just simply a pure desire to share God’s love with others. That was how God birthed OM, resulting in more than 4,000 workers demonstrating and proclaiming the love of God in over 110 countries today.

Years on, OM was started in Singapore in the late 1970’s after the visit of the OM ship, M.V. Logos. OM Singapore was officially registered on 22 June 1981 as OM’s South East Asia Office. Many were recruited from Singapore and Malaysia and sent out primarily to serve on board the OM Ships - M.V. Logos and M.V. Doulos. Subsequently, more Singaporeans served in land-based teams especially in countries like Pakistan and Turkey.

Rodney Hui, OM Singapore’s first National Director said: “By the 1970’s, OM had many long-term workers serving in the field. However, short-term missions was unheard of then. There was doubt that this would work but OM went ahead with it. In the end, we saw hundreds go out on short-term missions with God.”

God strengthened the body of believers

Many of these Singapore-based OM workers returned to Singapore to become counsellors, church pastors, full-time church workers, leaders and workers in mission agencies. Most of them attributed their involvement with churches and missions to OM being instrumental in providing them with formative training and exposure in the mission field.

OM saw the continued partnership of church teams going on mission with God to share the gospel of love and do good works in countries all over the world. OM recognises its partnership with Singapore churches is crucial. Churches play such an important role in providing manpower, resources and finances to fulfill the Great Commission.

Singaporean, Lawrence Tong, who was amongst the early recruits from OM Singapore in the late 1970’s, was appointed as OM’s third International Director after founder, George Verwer, and Peter Maiden. Describing this new season, Maiden said of Tong: “I think this is the right time for an individual who has the necessary gifts and is from the Global South to take the helm of the movement.”

God reached out to the marginalised

God led OM to start a local outreach work amongst the poor and under-served communities - namely streetwalkers, pimps and brothel caretakers in Singapore’s red-light district and the elderly, needy and lonely living in one-room rental flats in another part of the island city-state. OM mobilised volunteers to befriend members of these communities and share God's love, compassion and good news in practical ways.

God is with us always

Today, God continues to bless OM in its core mission of demonstrating and proclaiming His gospel of love. Currently, Singapore alone has sent out more than 40 long-term missions workers to serve in different parts of the world. Since 2000, we have sent out more than 1,000 short-term workers on mission with God. Although the task of global missions remains largely unfinished, we are committed to be faithful to the call.

“I am very optimistic about the future GOD has in store for those who obey His mandate to GO into all the world and preach the GOSPEL.” - Lawrence Tong, OM International Director

Alvin stared at the chaos of medical tubes hanging around him. 'Why?' he wondered as he lay helplessly on the hospital bed. How on earth was this part of God’s...