More than a cook 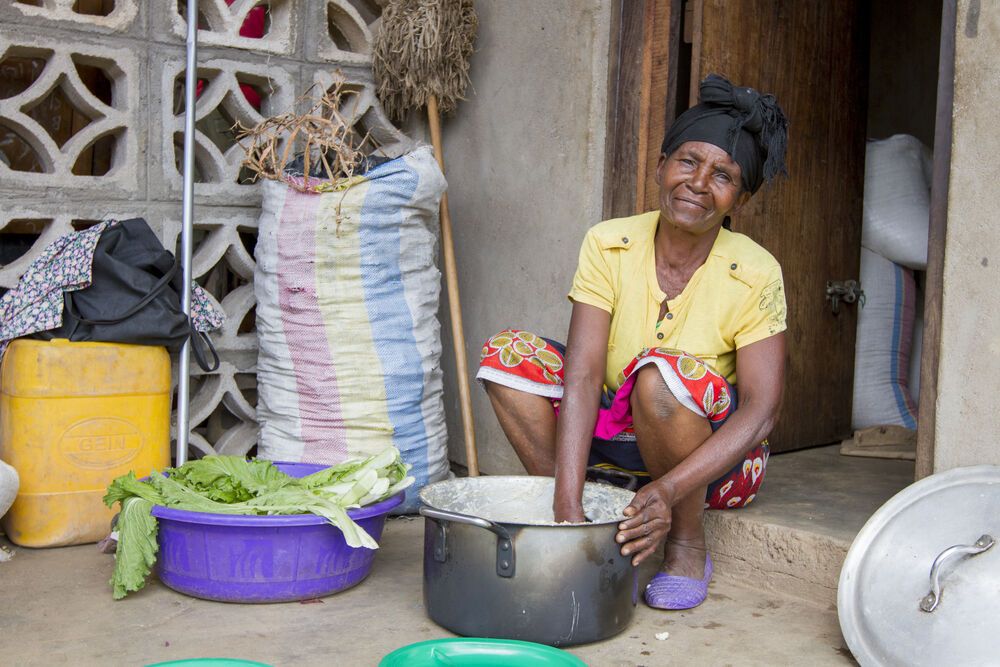 Malawi: Abaku (meaning grandma) cooks at the Mbweni School in Chisopi, Malawi. Abaku came to know Christ after an OM worker started a Bible study in her village and has since become the school cook.
Arriving in the picturesque village nestled in Malawi’s rolling mountains, OM worker Lovedale could only speak a few words in the local language and knew just one family. Originally from Zambia, he had never lived in a place so rural.

After living with MacDonald, another OM worker, and his family for a month Lovedale moved into a tent set up inside a thatched structure that was divided in two; half was his classroom, half his home.

One of the first people he met and connected with was Sarah, who soon became ‘Abaku,’ or ‘Grandma.’  Abaku took it upon herself to feed Lovedale, who is first to admit he is not much of a cook.

“I’ve learnt in Christianity that Christ came to serve, so I was thinking how could I serve, how could I be of service to people. That’s why I started feeding Lovedale,” said Abaku.

Encouraged by her reputation within the community and seeing the commitment she demonstrated, the leadership team decided to hire Abaku as the cook for the OM run Mbweni School, though she quickly became much more.

More than a cook

Besides preparing and cooking breakfast and lunch for around 50 people, Abaku helps translate, deal with the students and is a motherly figure in Lovedale’s life.

Though his language skills has improved greatly, Lovedale still finds himself at a loss for the right word sometimes. The half wall separating his classroom from the kitchen makes it easy for Lovedale to call out to Abaku in Chichewa (the main language in Malawi in which he is nearly fluent), for the right word.

When a child is having a problem that Lovedale is having trouble understanding, Abaku steps in.

“Many times when there are issues with the children I just hand them over to her. She understands the culture; the girls particularly,” said Lovedale. “She impacts the children through that and just with the way she behaves with them.”

Lovedale has also benefited from her presence.

“She’s like the mother that I left in Zambia. In the beginning I was like ‘who is this woman?!’” Lovedale laughed. “If I don’t clean up and want to go out she’ll tell me to go wash up. She’s family.”

“Being the cook here has grown from a job to a family. I feel at home around the children and especially around this child, Lovedale,” Abaku smiled affectionately.

Abaku met MacDonald when he first started visiting Chisopi in 2008 to learn the language and culture.

MacDonald shared with her about Jesus and gave her an AudiBible, which she began listening to with her family. The visit after MacDonald gave her the device, Abaku told him she needed to know more about this Jesus.

One time when MacDonald arrived to attend a Discovery Bible Study in the village he found Abaku there participating; he had not told her about the meeting, she had found it on her own.

When the Africa Trek visited in 2009 she was baptised with 12 others and remains a strong presence in the church and community.

Published: Monday, 06 February 2017
Credit: Rebecca Rempel
© 2017 OM International This email address is being protected from spambots. You need JavaScript enabled to view it.