Goats for the future 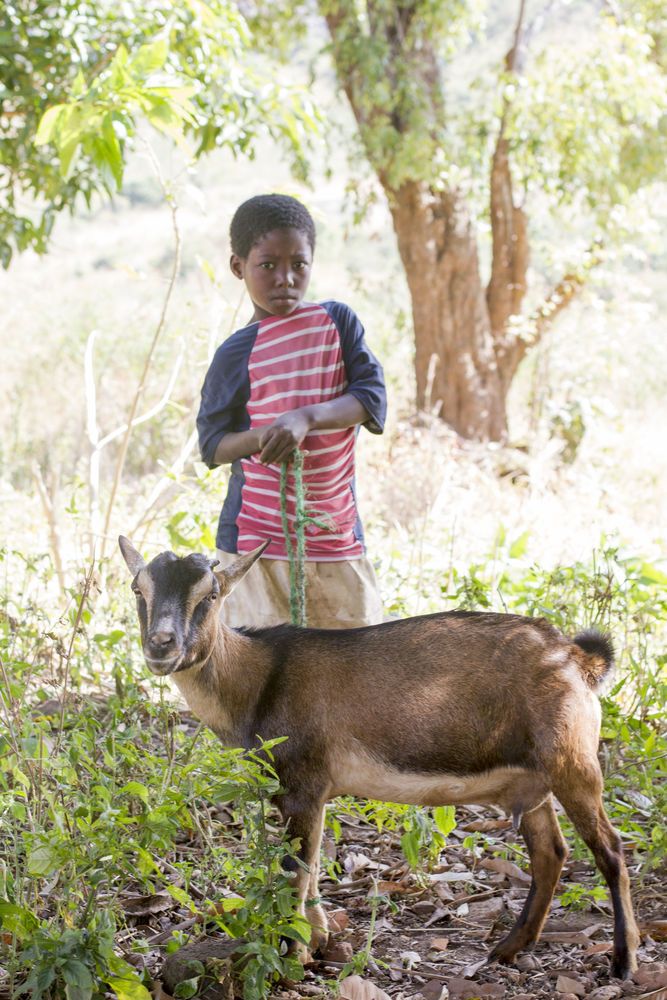 Malawi: In 2015 Mbweni School in Chisipi, Malawi, started a goat project. Each year the nursery class will receive a goat that will help provide for the childs future. When that goat gives birth to a female kid it is returned to the school to give to the next years nursery class, making the project sustainable.
The students of OM Malawi’s two schools are receiving something more than a Christ-centred education: a way to pay for future schooling.

The means? A nanny. No, not a Mary Poppins-esque woman to look after the children, but a female goat.

“The goat is for the future of the child,” explained Lovedale, an OM teacher from Zambia. “At a young age, the child has got one goat and by the following year that goat has given birth to maybe four kids if everything goes well. By the time the child is older he or she will have many goats. They can sell them to pay school fees or sustain their family.”

To make the project self-sustainable, the recipients are asked to give the firstborn female goat back to the school so that it can be passed on to another student.

In 2015 the goat project began at Mbweni School in Chisopi when the school had just one class of 18 students, all of whom received a goat that year.

The project was met with both praise and criticism.

As the people of Chisopi had a chance to become familiar with the project and school they have seen how families are benefitting and the negative views are slowly fading.

“I’ve seen some quality change in the guardians and the children (as a result of the goat project),” said Lovedale. “The children are being taught responsibility at an early age. From the guardian side, it has built our relationship and has opened doors for us to talk and share the word of God.”

At Chiyembekzo School in Ntaja, 24 goats were given out in 2015.

Though all the guardians at Chiyembekzo School did the required training, only 24 made the necessary preparations for building a pen. They became the first group to receive a goat.

“We are trying to show the guardians a way they can develop themselves and also see the importance of developing others,” said Honest who runs the project in Ntaja. “If we gave out the goats and bought more we would run out of money. But if they (give back a goat) then we can give it to another person and continue like that.”

“When they give back the goat it is painful for them. They’ve raised it, and when we say ‘you need to give us back one,’ they feel like it’s not good. But just showing them the importance of giving back, shows them how to love one another.’

Besides providing for the child’s future, the goats are helping provide for their owners right now in an unlikely way: their droppings.

Fertilizer is expensive, but goat manure is ideal for the soil. Keeping the goats in pens overnight also helps speed along the collection process.

Littering is common and has proved fatal to the goats who have no discretion in what they will or will not eat. The death of a few goats has taught the children to dispose of their garbage properly, as well as to check the grass where they tie the goats to graze.

“You can see where they goats have been eating because that’s the only clean place,” laughed Lovedale.

Learning how to give

“There was an older lady we spoke to about love, because to give back you need to love,” said Honest. “She said the way she understood love was different. She told me ‘when I did the goat training I was not loving people, I need to start loving people.’ She began to understand that she needs to give, not just receive. She said it’s hard to give sometimes when she has just one small thing but wants to share the way God gave His son, because He had only one.”

The time when the next group of students will receive their goats is drawing near. The schools are just waiting for a few more goats to come of age so they can be handed over in a group to discourage jealousy.

“I pray that every day the project grows not just bigger but that it teaches people to think about the future,” said Lovedale. “Here if you have something you use it now and you don’t think about tomorrow. So I pray that people’s lives will be changed.”

Pray that the goats will continue to impact the community. Pray that the children will be good stewards of the livestock and that through this gift people will discover the Good Shepherd.

Published: Monday, 08 August 2016
Credit: Rebecca Rempel
© 2016 OM International This email address is being protected from spambots. You need JavaScript enabled to view it.