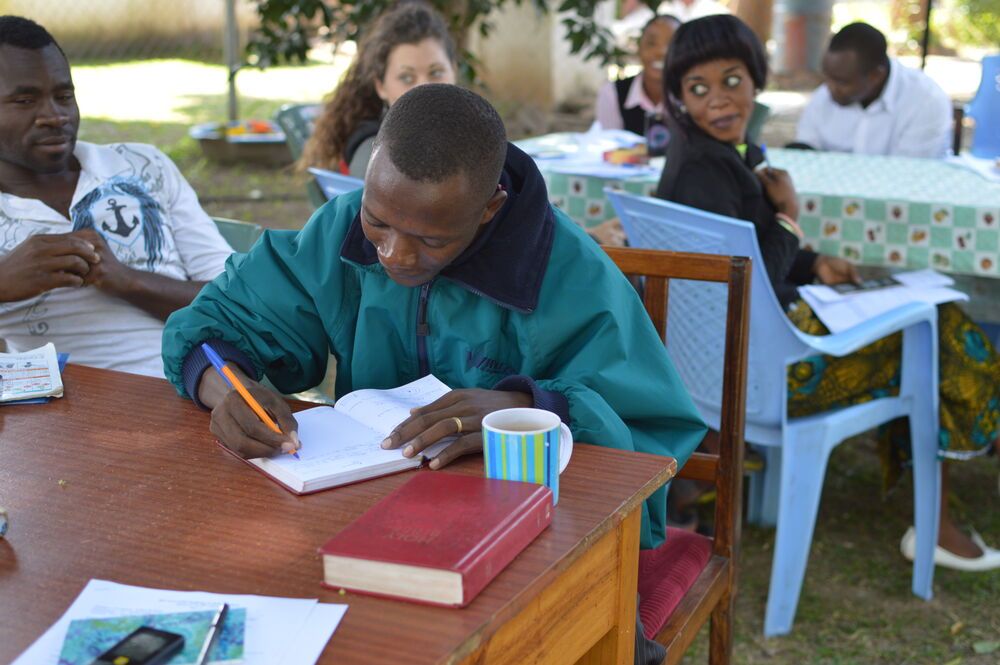 Zambia: Isaac learns how to help those infected and affected by HIV and AIDS.
When Isaac's father unknowingly brought HIV into their family, the virus was transmitted to Isaac's mother and four of his eight siblings.

Isaac sometimes felt guilty that they had the disease while he was negative. He could not take away the pain they felt when people stigmatised them because of the disease in their bodies. Although Isaac was not infected, he was and is still very affected outwardly by HIV and AIDS. Just as one who is HIV positive may ask God, “Why me?,” the same can be true for a family member who remains HIV negative like Isaac.

Through his life, Isaac is answering the question, “Why me?” As a pastor, he helps people living with HIV and AIDS (or PLWHA). At the Nakoli HIV and AIDS support group each week, he makes a difference in people's lives by facilitating discussions on topics related to HIV and AIDS.

Sometimes he teaches a spiritual lesson of how different Bible verses can be applied in their lives. Other times, participants discuss a topic such as dealing with stigma and educating themselves. When someone is newly diagnosed with HIV, Isaac can explain the basics about HIV and AIDS and answer any questions they might have.

Often, there is strain in the larger family if one or more members is HIV positive. So, in both a practical way and in prayer, Isaac can guide the members in how to communicate with their family members, to live positively.

After attending the Churches Channels Of Hope (CCOH) Facilitator's Training in South Africa, Isaac said, “Passion to help people with HIV without knowledge, is dangerous. I now have the knowledge that can truly help people.”

OM partners with AIDSLink International to make a difference in the HIV and AIDS pandemic.

Published: Tuesday, 23 August 2016
Credit: Holly Keur
© 2016 OM International This email address is being protected from spambots. You need JavaScript enabled to view it.