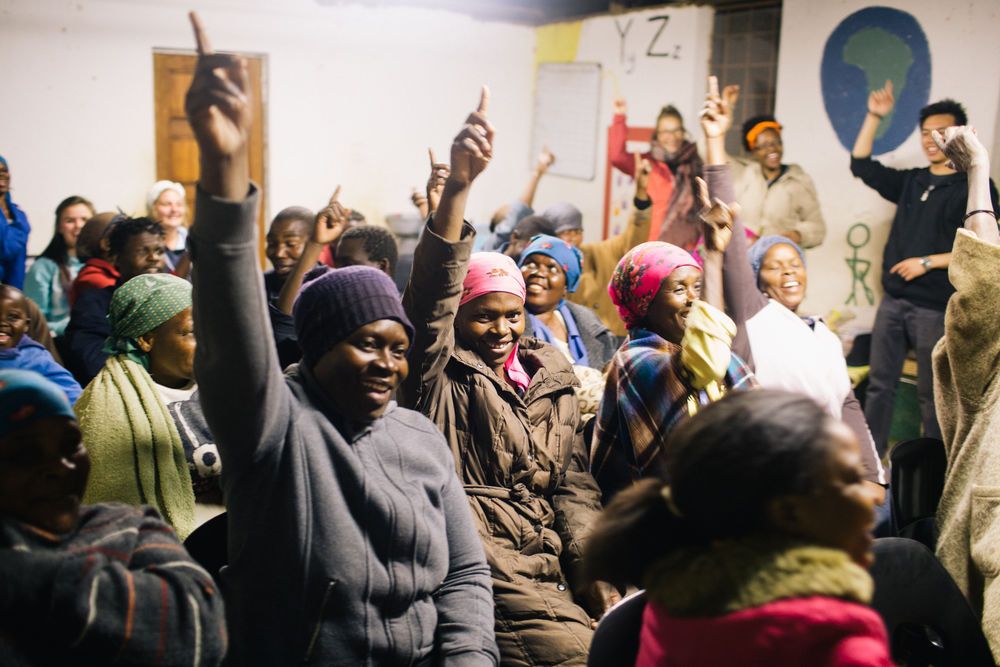 South Africa: Hands up to receive Jesus Christ for the first time
Letsitele in Limpopo province is one of the biggest producers of oranges in South Africa. Herman Petersen (orange farm manager) hosted a Go Challenge team for a week in his house.

Normally, he would invite an evangelist to hold evangelical services for a week for all the labourers living in the farm compounds. “The attendance is always not so good, about five people would come,” Herman explained. "The people living in the farm compound, they don’t feel any motivation or excitement to come and attend these kind of gatherings."

A Go Challenge team went out to invite the people for evening service. To their surprise the attendance was very good and many men came, not just women and kids. The people were challenged and were open to hearing the gospel.

Yorke (South Africa) preached that evening about the wages of sin and the laborers related to his message. A question was asked: "Would any of you ever work for free?" They all said no. He explained the forgiveness of sin is free. Jesus has paid the price for all. He gave them a chance to respond to the message. Everyone in the small classroom stood on their feet to give their lives to Jesus. The interpreter as well felt in his heart that he needed Jesus. When they prayed with everyone in the room people had tears in their eyes. The team was amazed to see the hunger the people had to hear the gospel.

The team felt like they were not prepared for what God did at the compounds. They all said it wasn’t done by their own strength but God had a plan. Tzaneen is a very spiritually needy town. The people are hungry to hear the truth of Jesus Christ. Who will Go?

Published: Tuesday, 20 September 2016
Credit: OM International
© 2016 OM International This email address is being protected from spambots. You need JavaScript enabled to view it.